The social network Weibo reveal another unannounced smartphone Xiaomi Mi 6C, which will be a cheaper version of the Xiaomi Mi 6.

The leaked render shows that the phone will be equipped with dual camera on the back, positioned horizontally in the upper left corner. On the front side of the gadget it is evident that Xiaomi has decided to bring Mi 6C screen with a minimum thickness of the framework. 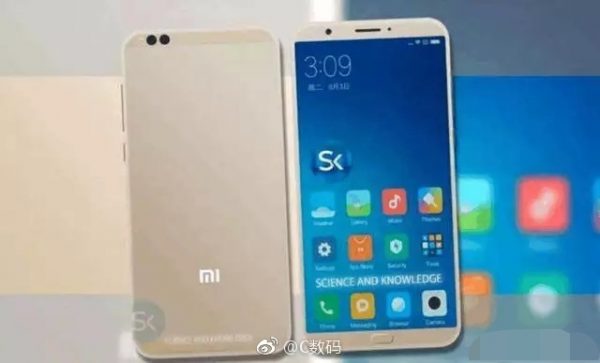 On the front panel there is a mechanical button “Home”, which will also function as a fingerprint scanner. Earlier leaks said that the screen of the Xiaomi Mi 6C is covered with glass with rounded edges, that is, with effect in 2.5 D. it is Expected that the device will feature a 5.15 inch Full HD display with an aspect ratio of 18:9.

According to the latest information, the novelty will work from their own 8-core processor Xiaomi — Surge S2. This processor is the successor to the Surge S1, which was equipped with Mi 5C.