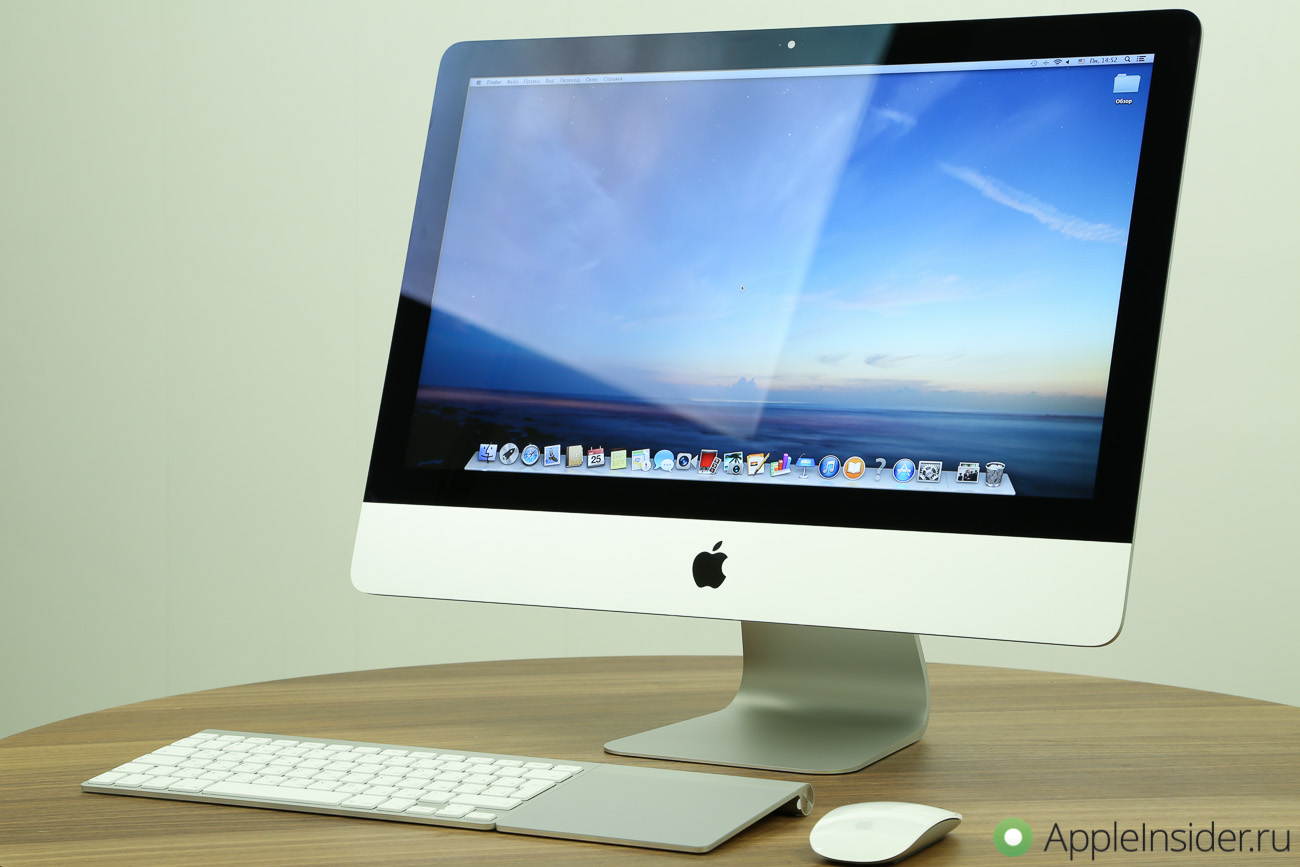 Because not everyone can afford to buy a computer for that kind of money, Apple has taken into account the requirements of different segments of the population and this summer launched a so-called “budget” iMac. Despite its low cost compared to other Apple computers, the younger version almost not inferior to them in technical characteristics.

At the disposal of our edition there was one instance of a new 21.5-inch iMac in a non-standard configuration, and we decided to investigate whether to buy the youngest representative of this line.

To begin, a few words about the technical characteristics of the computer that came to us for review.

What’s in the box?

The new iMac is impressive even before removing it from the box. White box with a picture of a computer on the front and the back side is designed so that it involves almost all the free space. Thus, Apple has minimized the amount of “useless” field in the box. No wonder on “Avito” used to sell empty boxes from the new iMac. 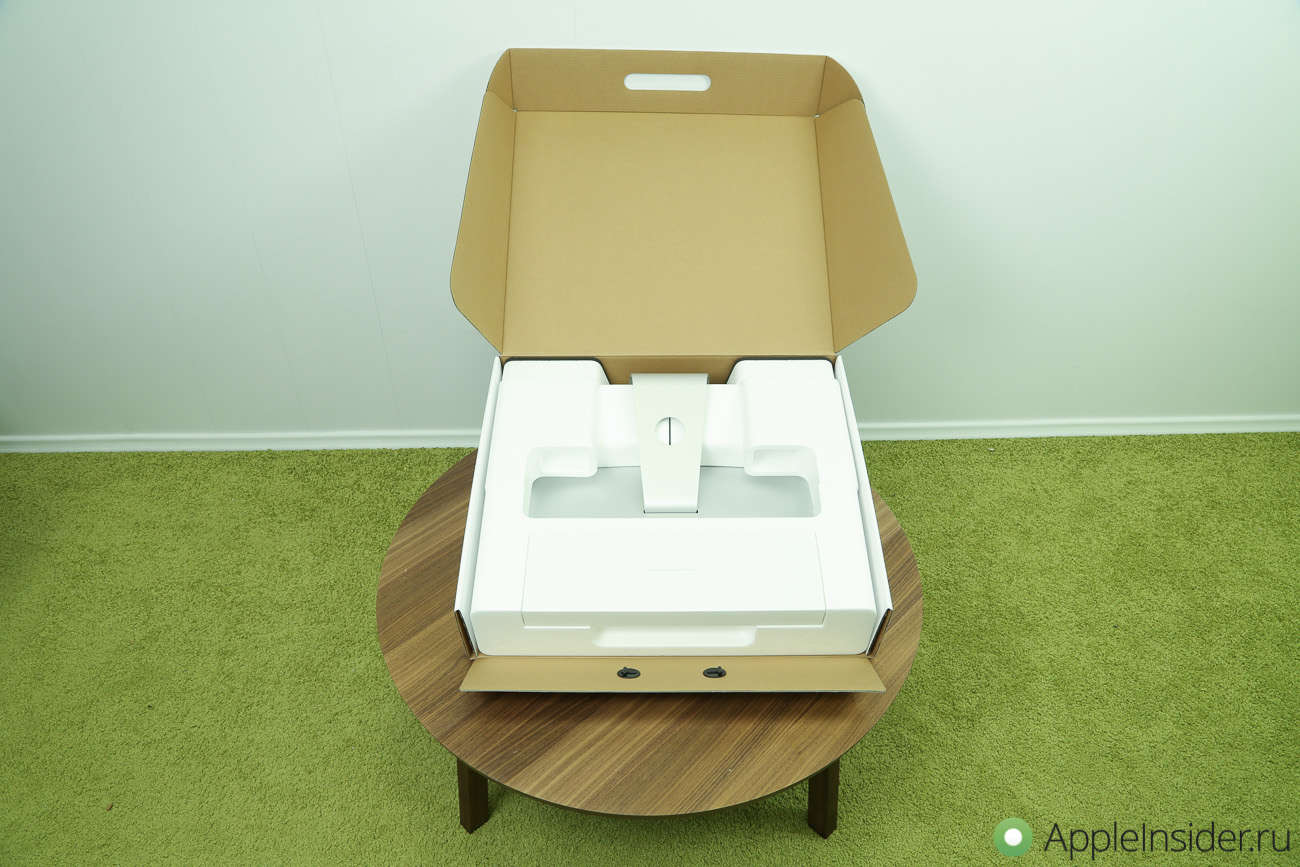 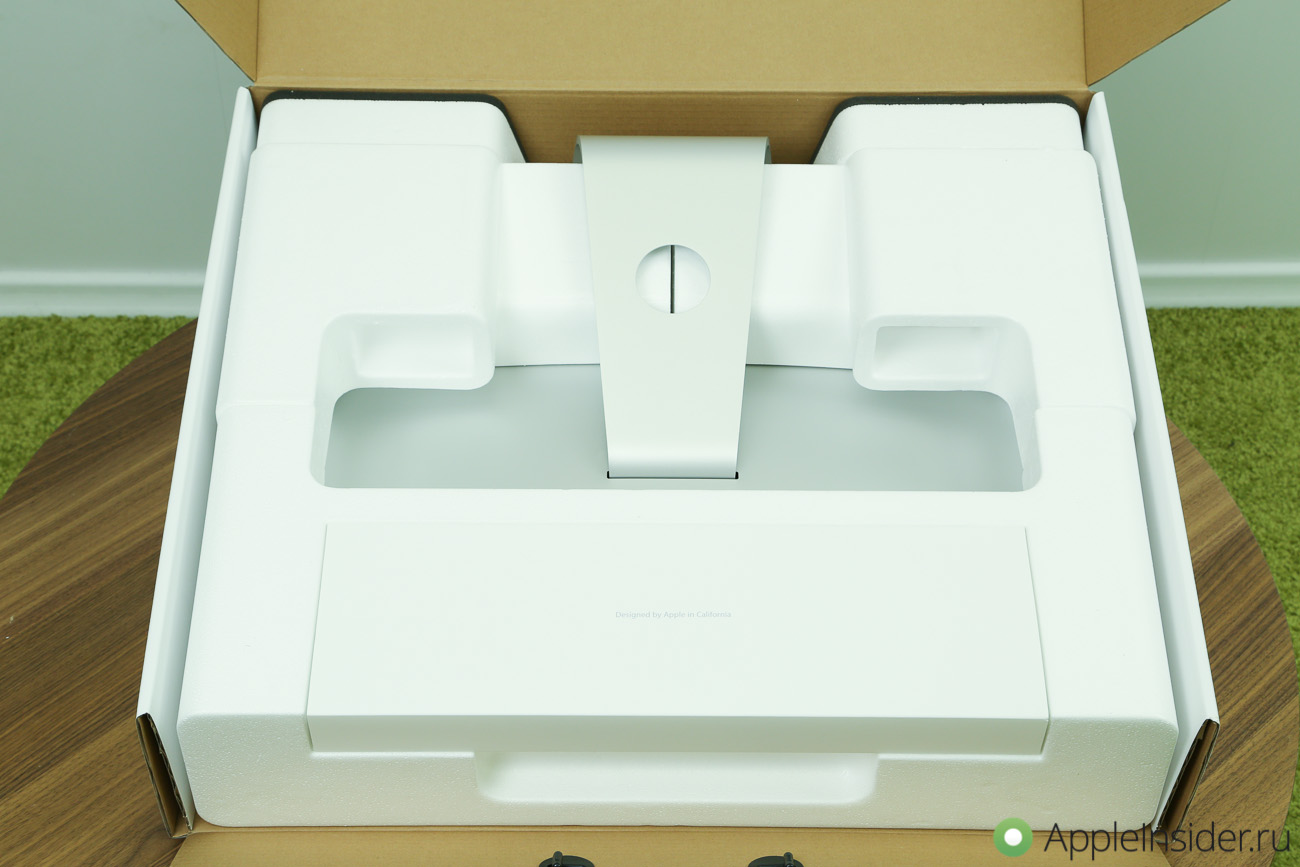 Inside we were met by incredibly thin candybar, which we traditionally set aside — we will introduce later. Complete with Apple provides free Apple Magic mouse or Magic Trackpad to choose from, as well as a wireless keyboard. 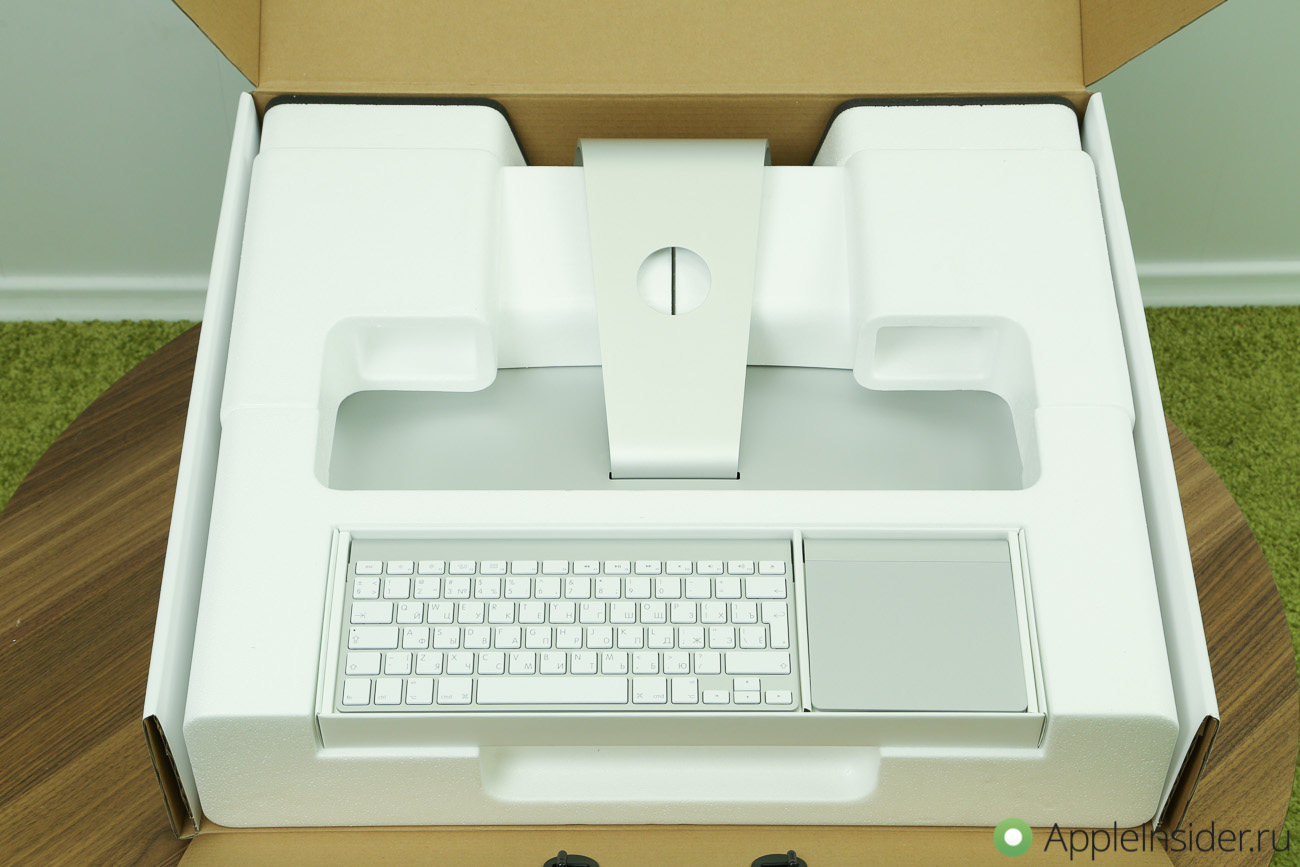 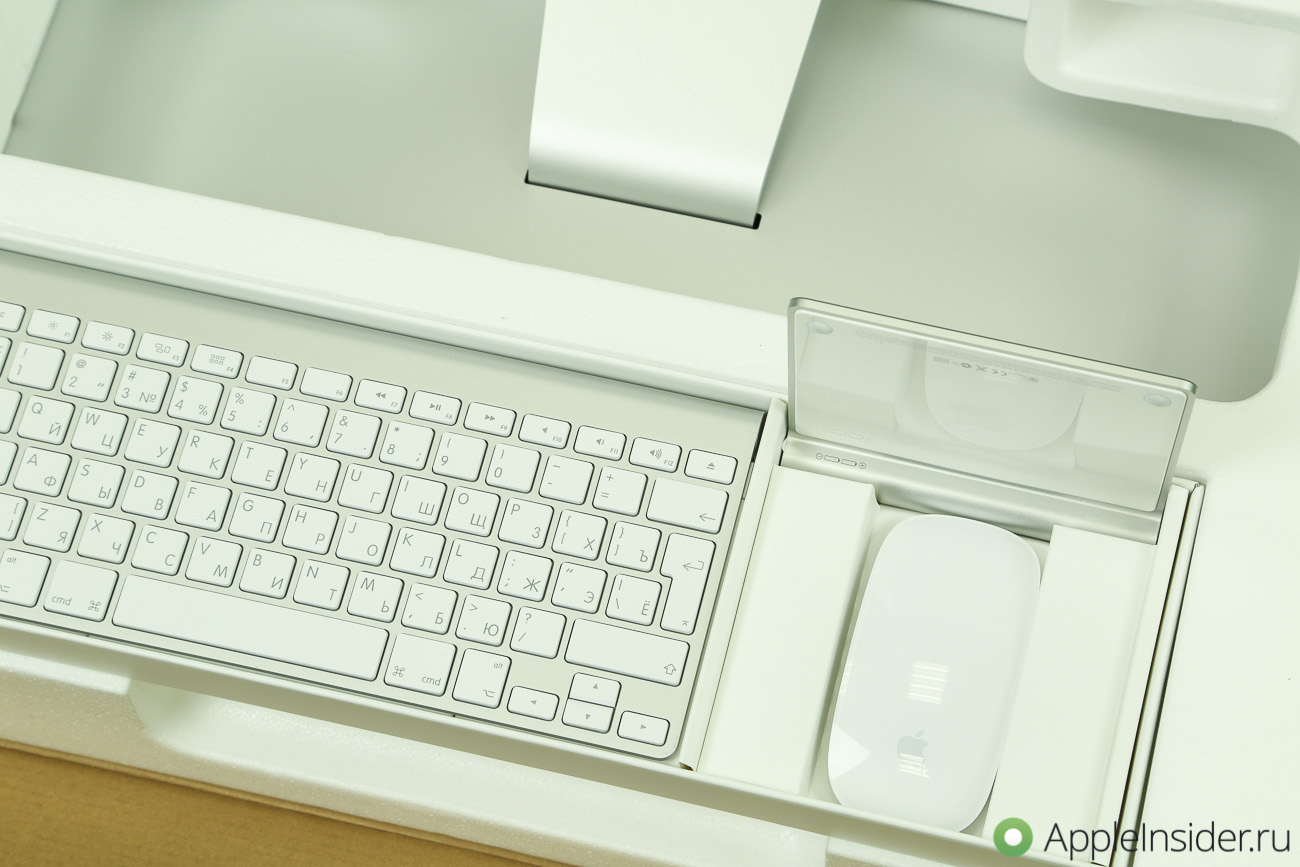 Here you can find a charger for this computer with a “plug” for the Russian outlets, as well as a small envelope with instructions, two Apple stickers and a cloth for wiping the screen of the iMac. 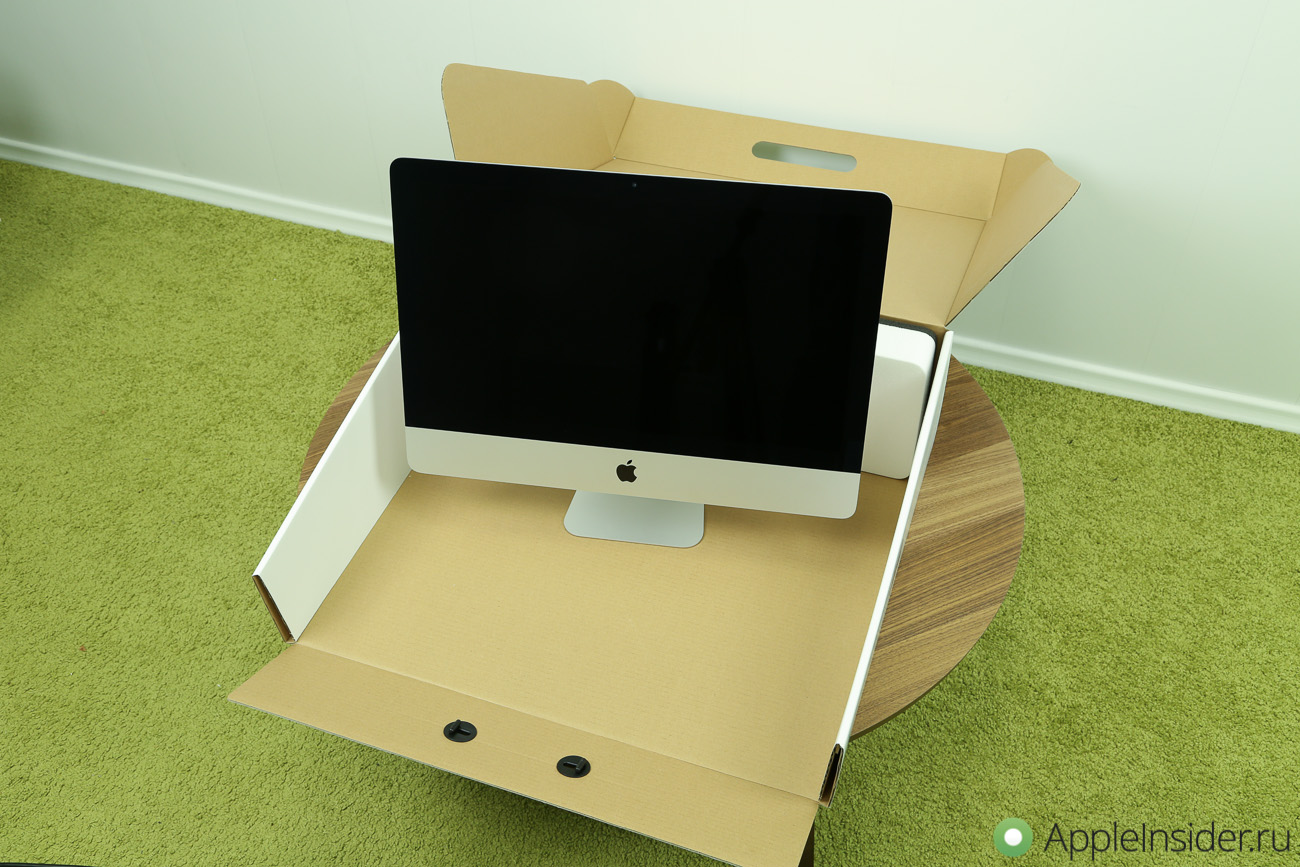 With a complete set of box, we have reviewed, now it is the turn of the computer.

Appearance, the new iMac can be admired for a very long time — that’s what we did all editors for at least half an hour after unpacking. The candy bar is so thin that even my 21-inch monitor ASUS bought not so long ago, turned out to be thicker. The computer is thinner than a monitor — what more could you ask for? 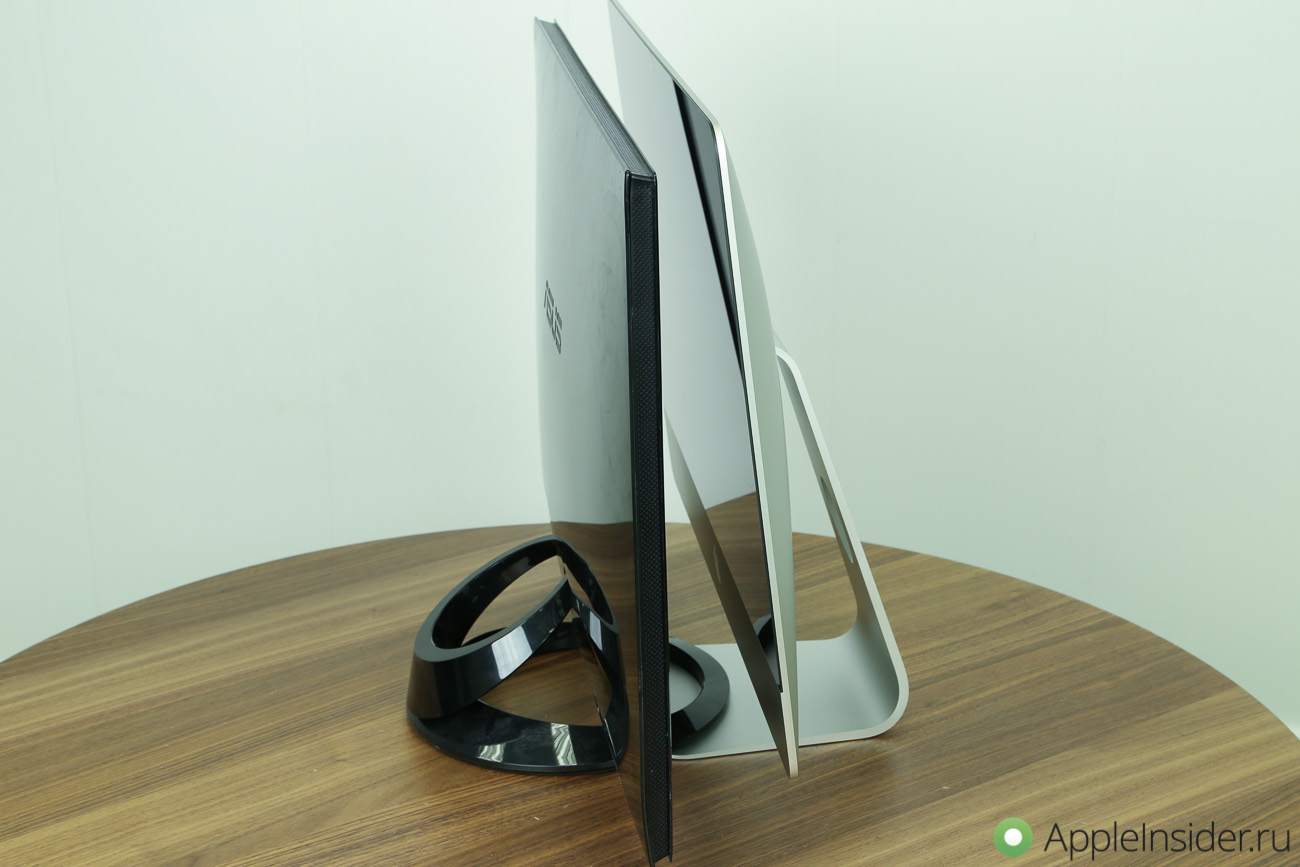 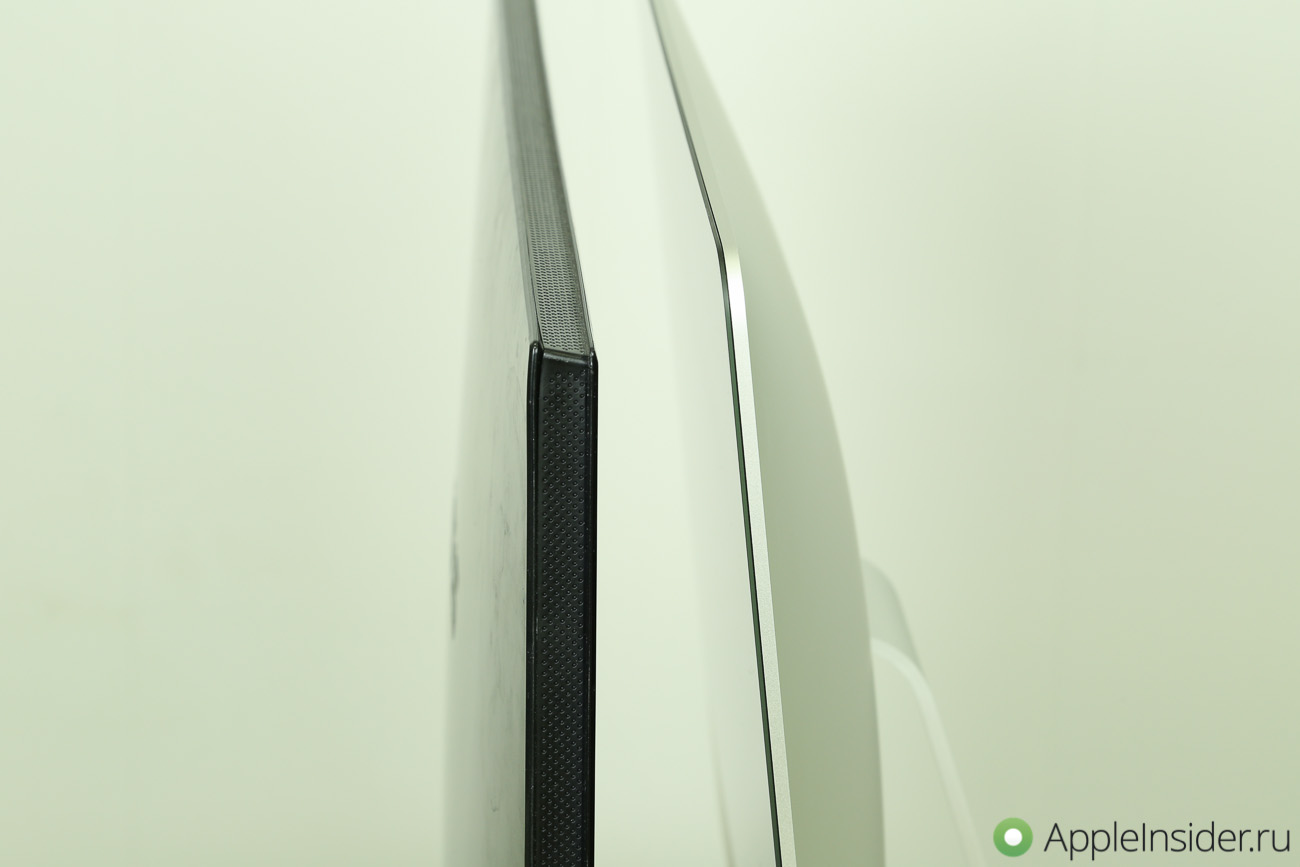 Although Apple has yet to equip the iMac with Retina display, 21.5-inch computer screen gives very clear and quality image. Side black frames look very stylish, although, in my opinion, in Cupertino could make them smaller. 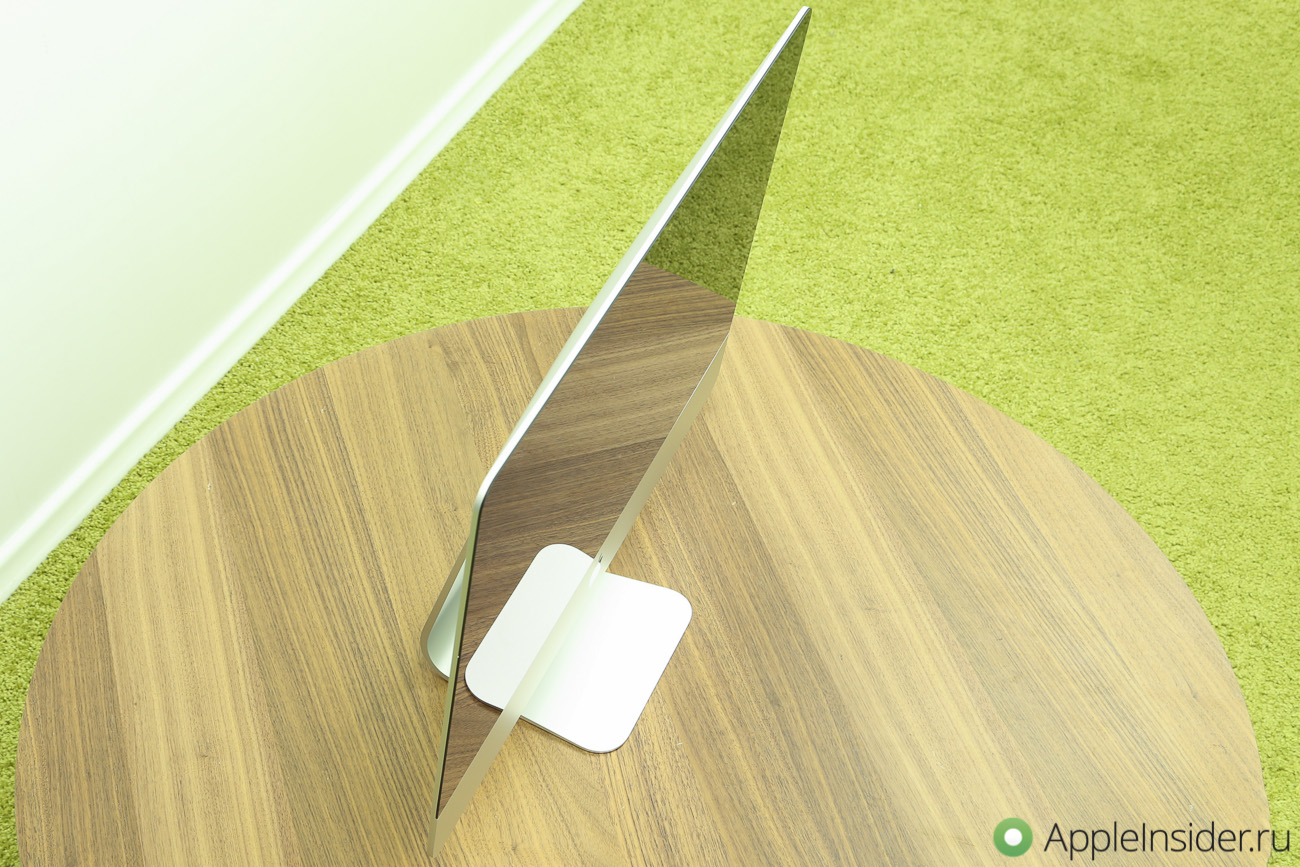 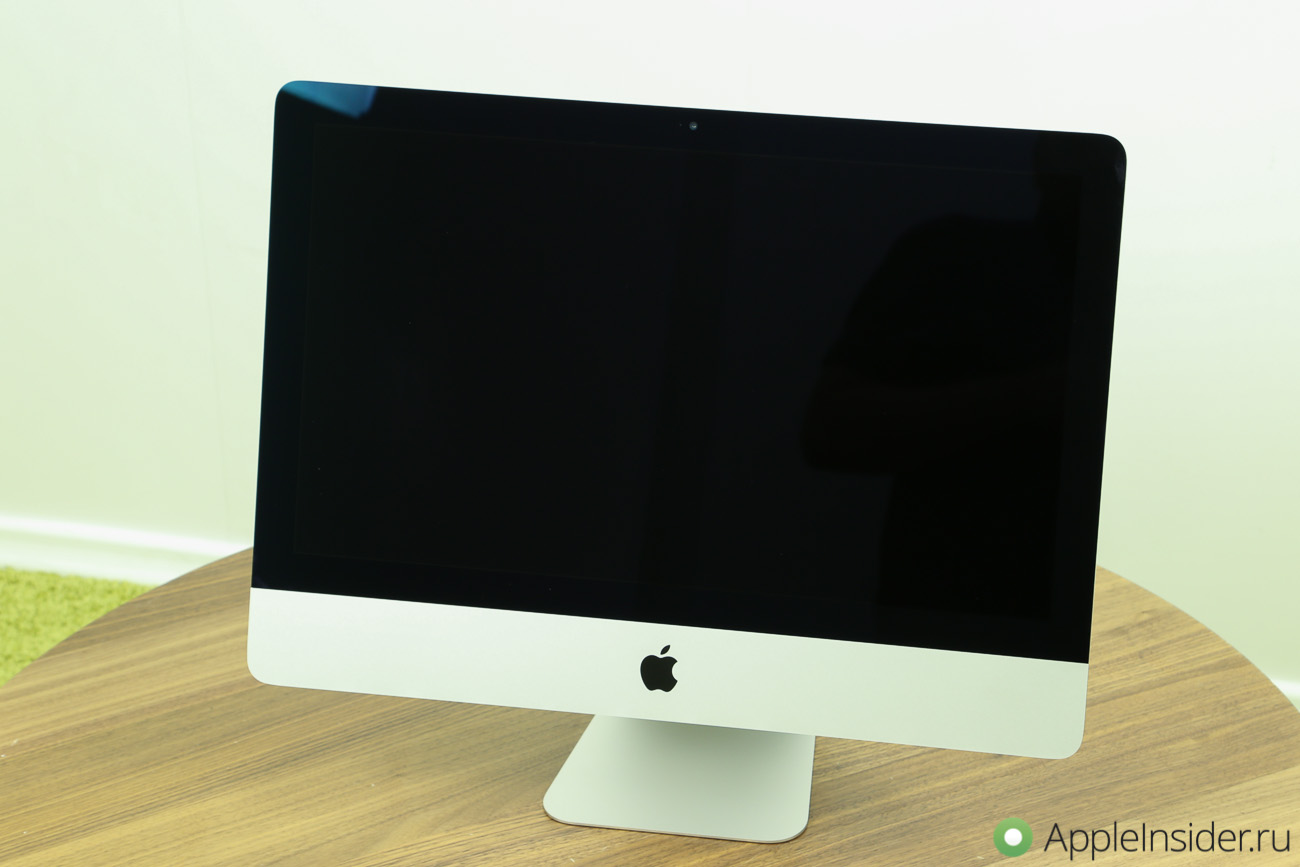 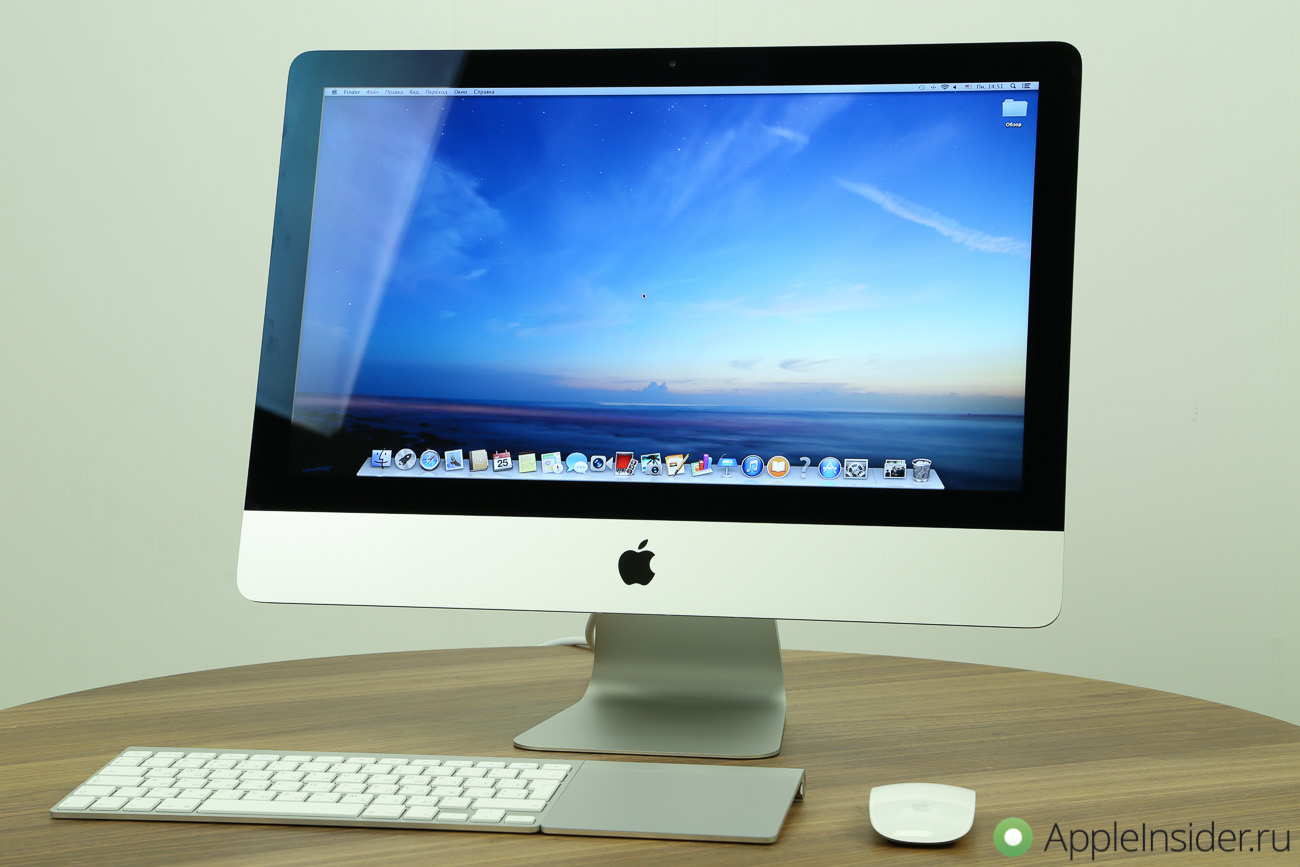 You can forget about the uncomfortable set of wires around your Desk — they can be carefully placed in a small hole “legs” iMac. Here, on the back of the computer are four USB 3.0, two Thunderbolt port 2, Ethernet port for Internet cable, slot for memory cards and audio Jack of 3.5 mm. 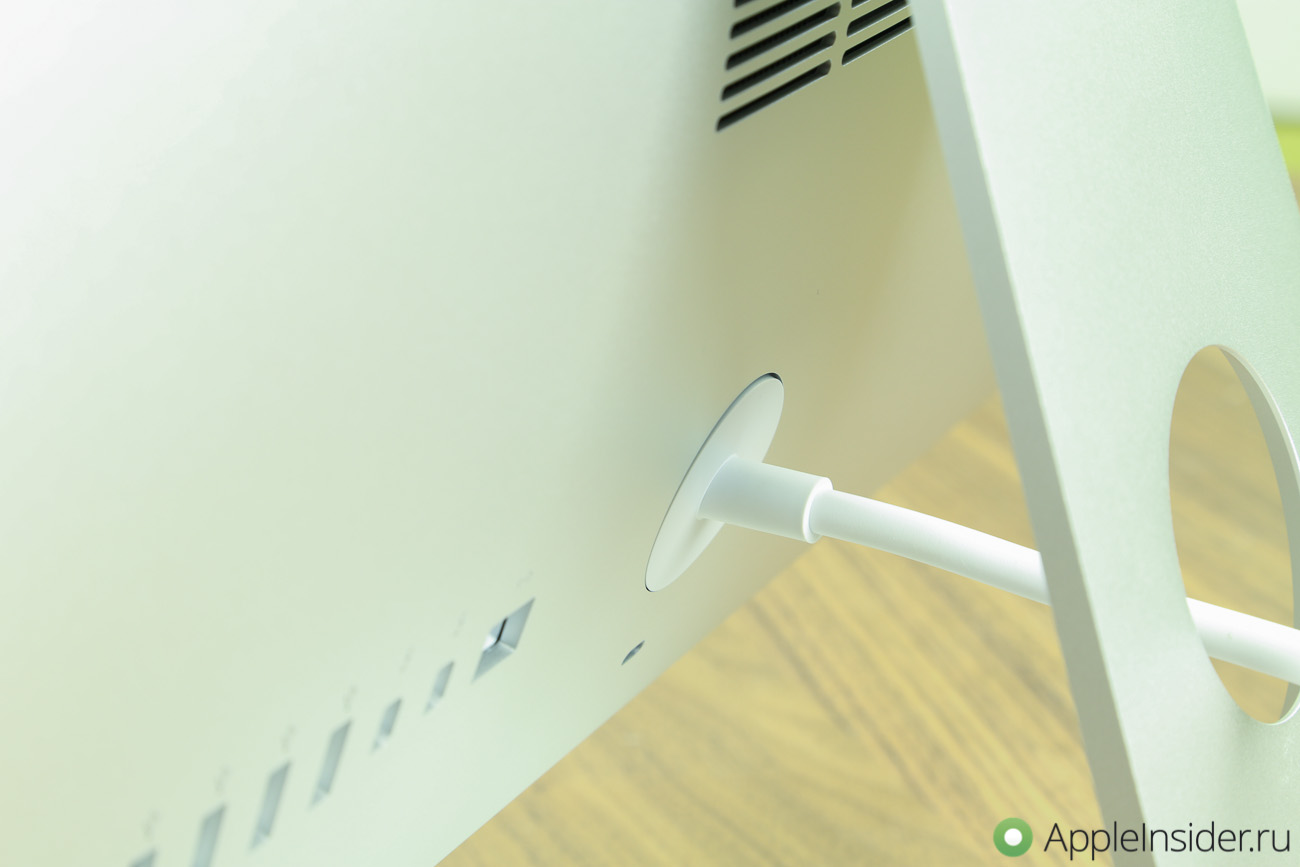 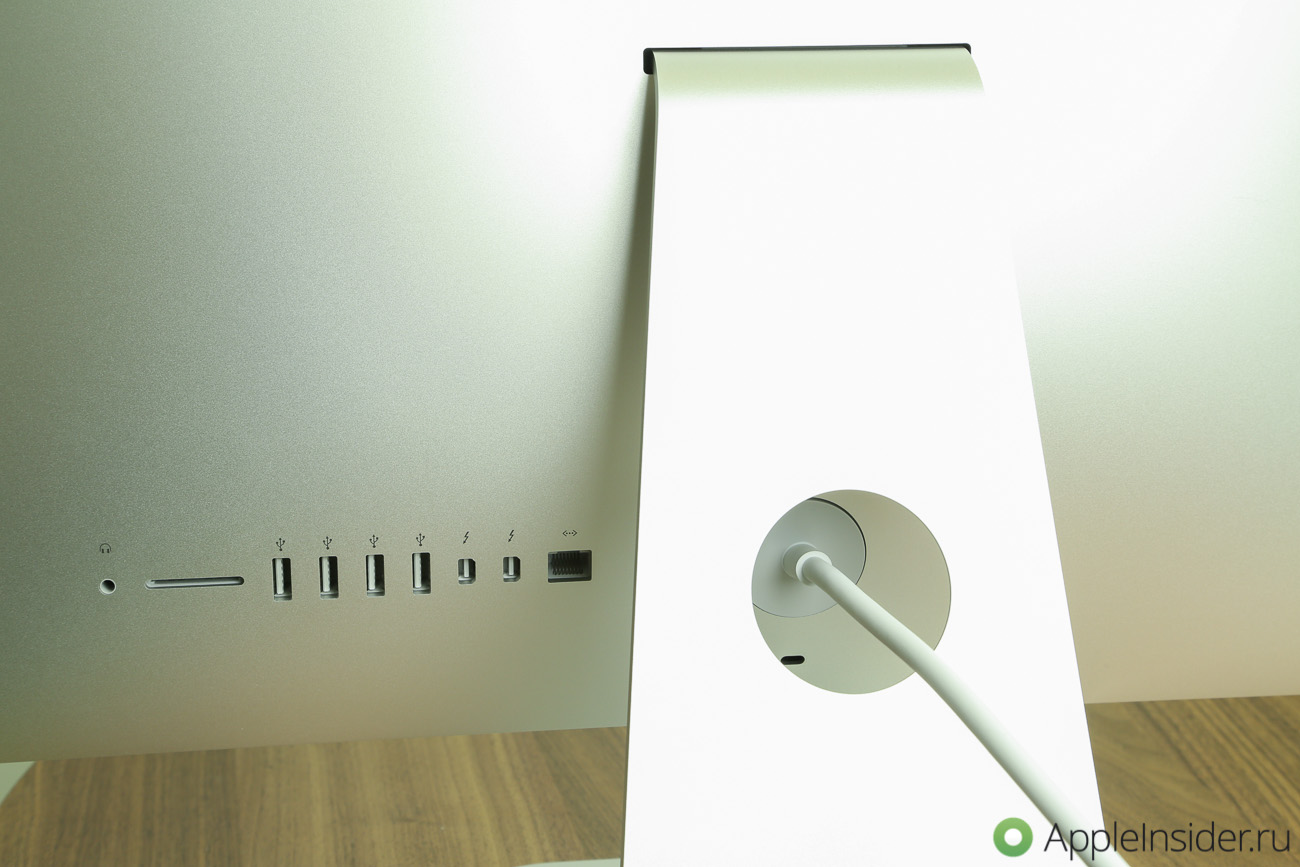 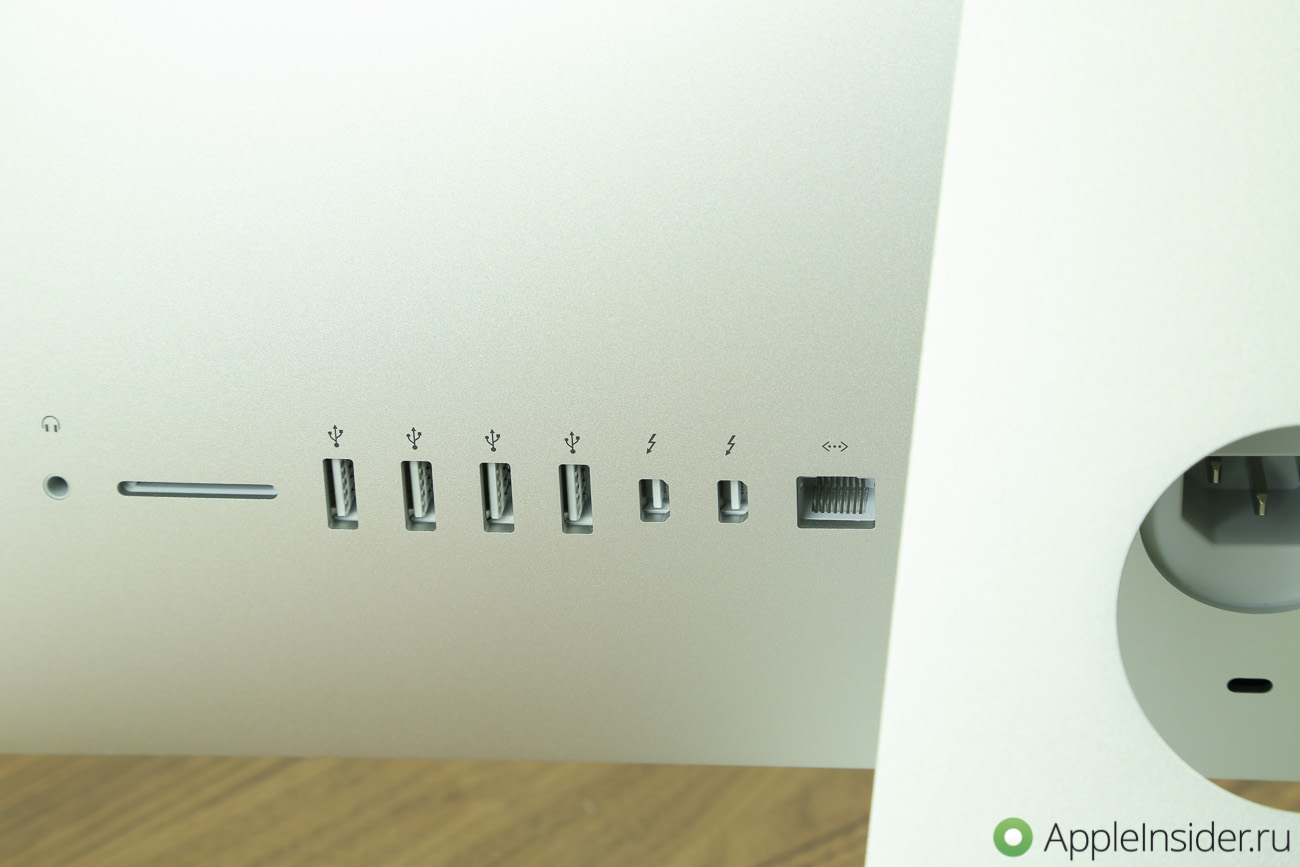 The concave power button is also located on the back wall, but to reach it very easily because it is located right near the edge. the iMac is also equipped with two microphones — top and just below, near the famous “Apple”. Special attention deserves the front camera FaceTime HD 720. 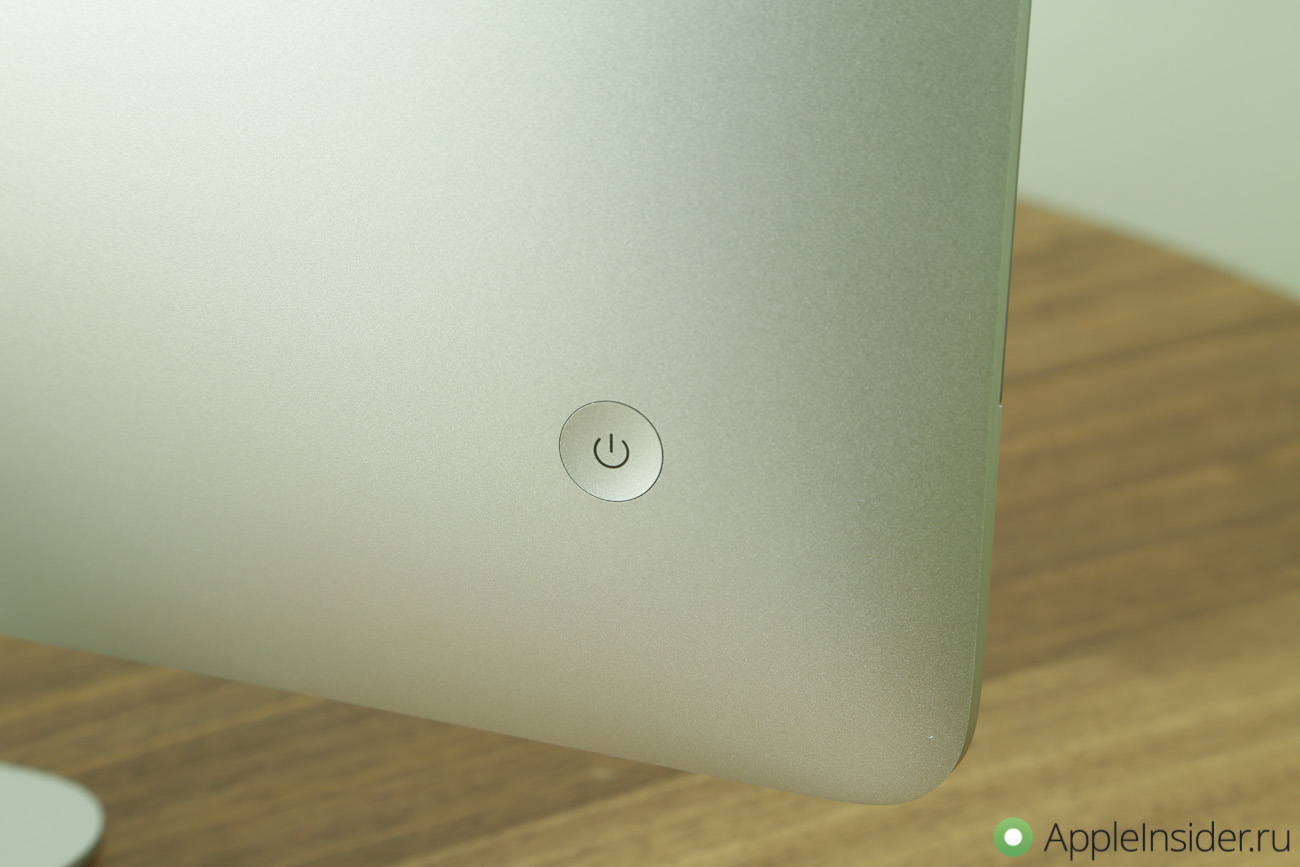 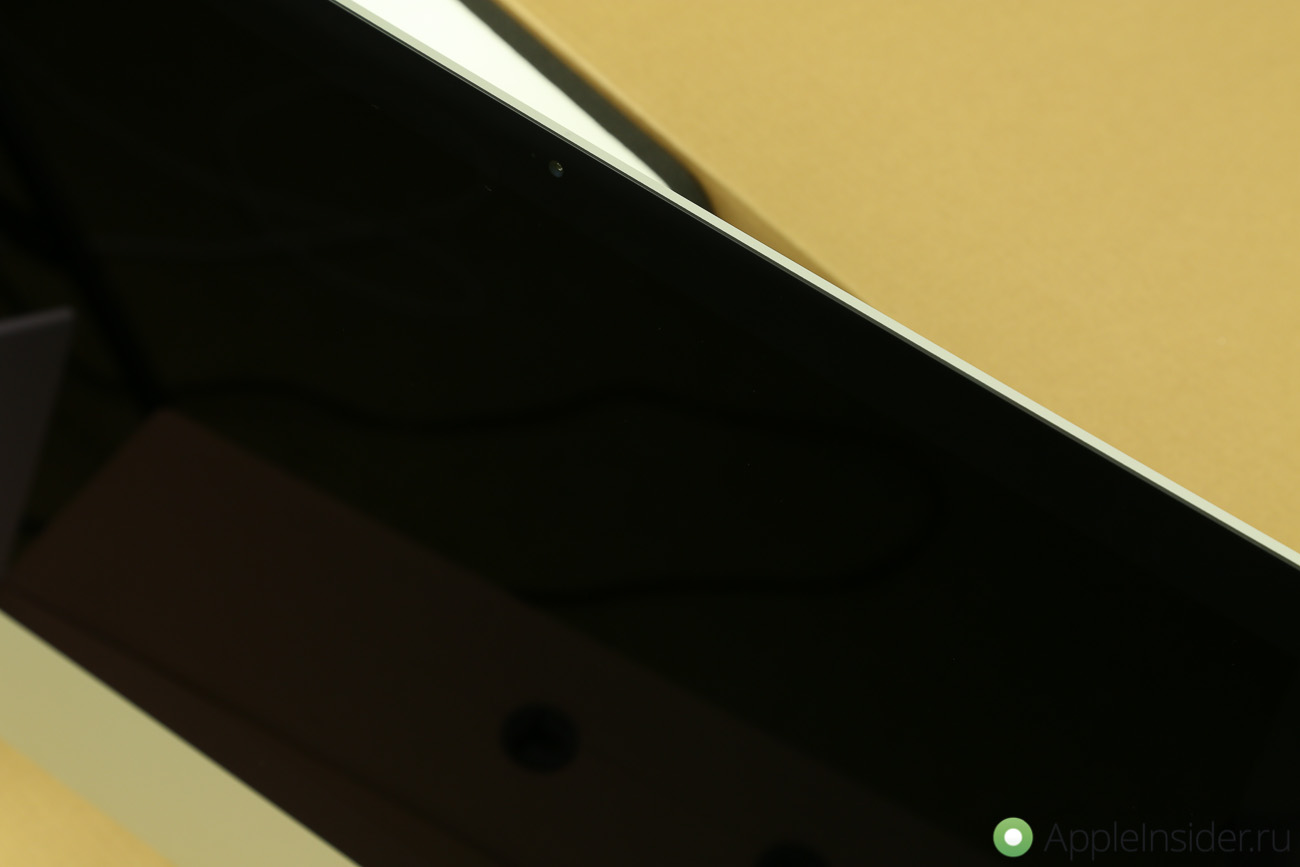 We should get down to the system specifications. 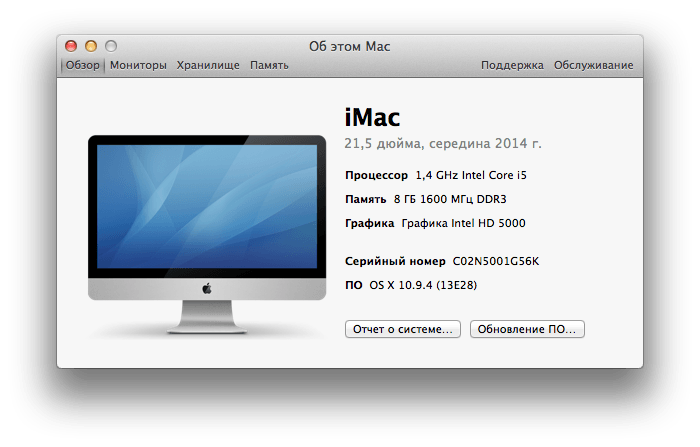 In the standard configuration, this iMac has a hard disk of 500 GB, but our unit is equipped with a Fusion Drive 1TB and solid-state SSD-drive 128 GB. The technology in Fusion Drive that the system files and application files are stored on the SSD, because of which loading the operating system is very fast. A smart algorithm automatically transfers the critical files to the SSD and back.

Two memory modules 1600 MHz 4 GB give us 8 GB of RAM. Not very much, but for basic tasks like text editing or photo manipulation that should be enough. 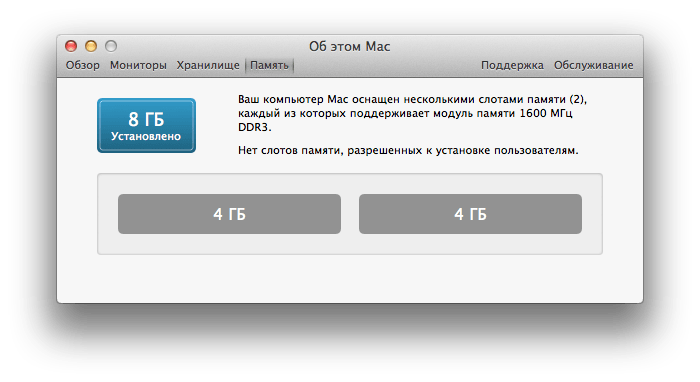 Let’s discuss the main tests and compare them with the results of the previous iMac generations.

In performance tests conducted using the utility Geekbench 3, the new iMac is not able to amaze us — only 5.5 thousand points. 21.5-inch iMac 2013 issued 9.7 million points, but this is not surprising: on the “budget” iMac dual-core installed processor, not a Quad. 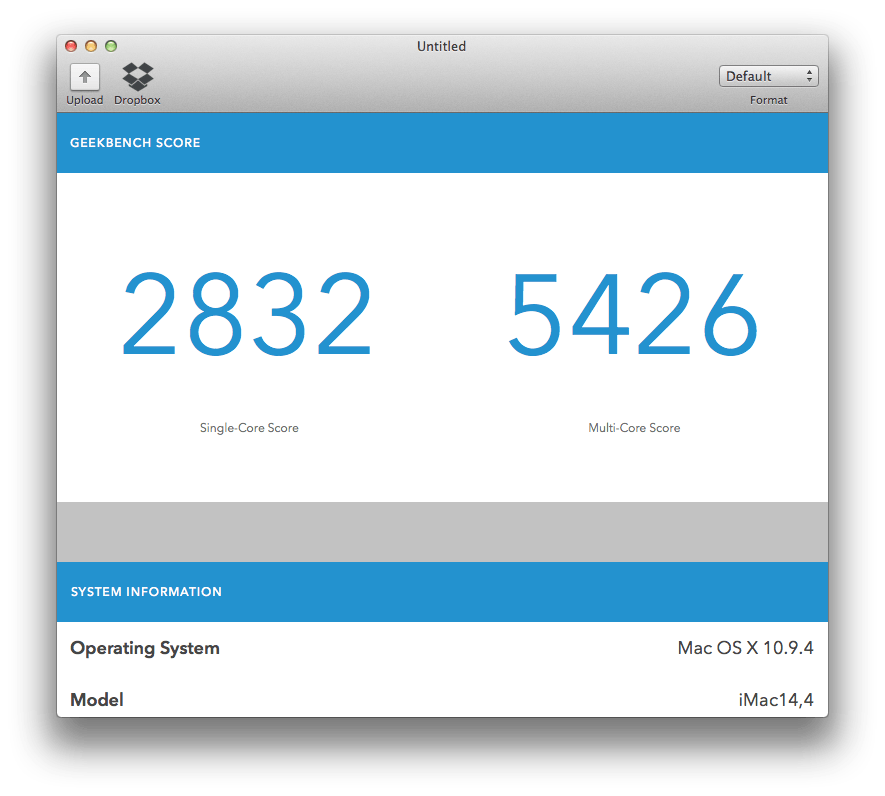 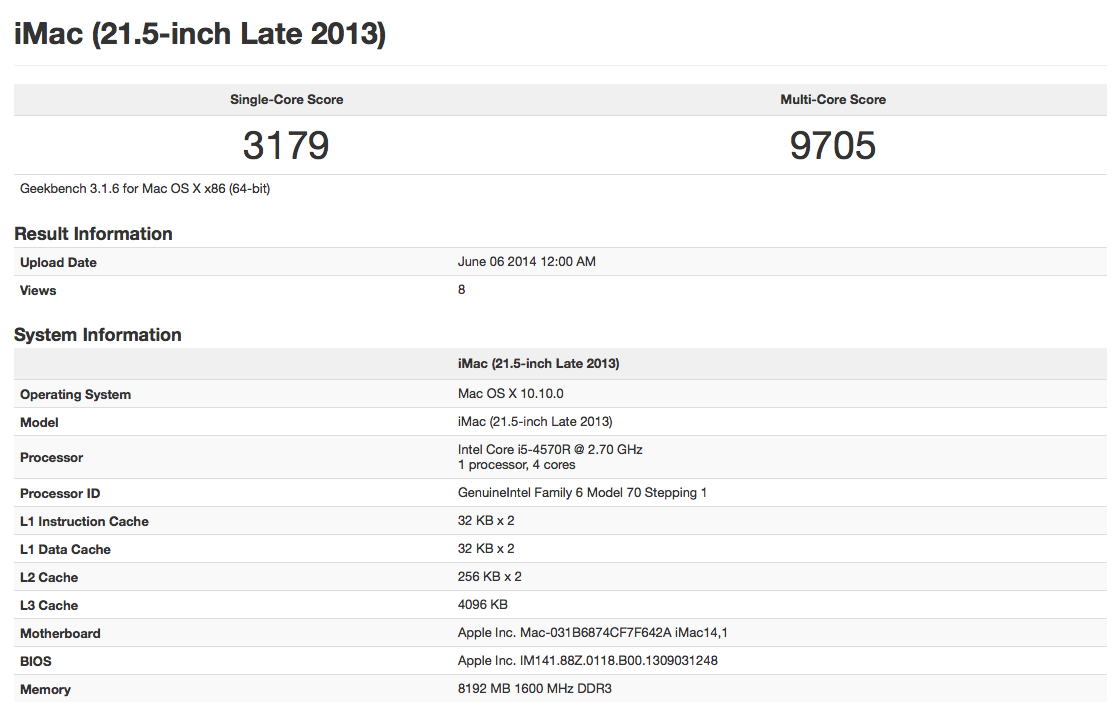 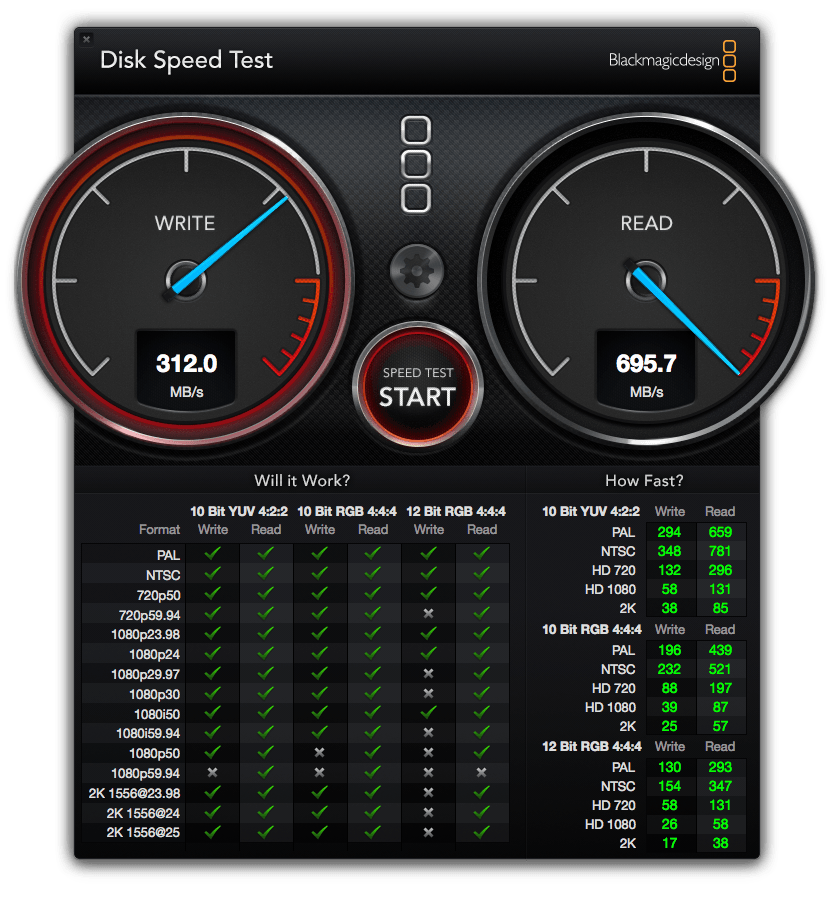 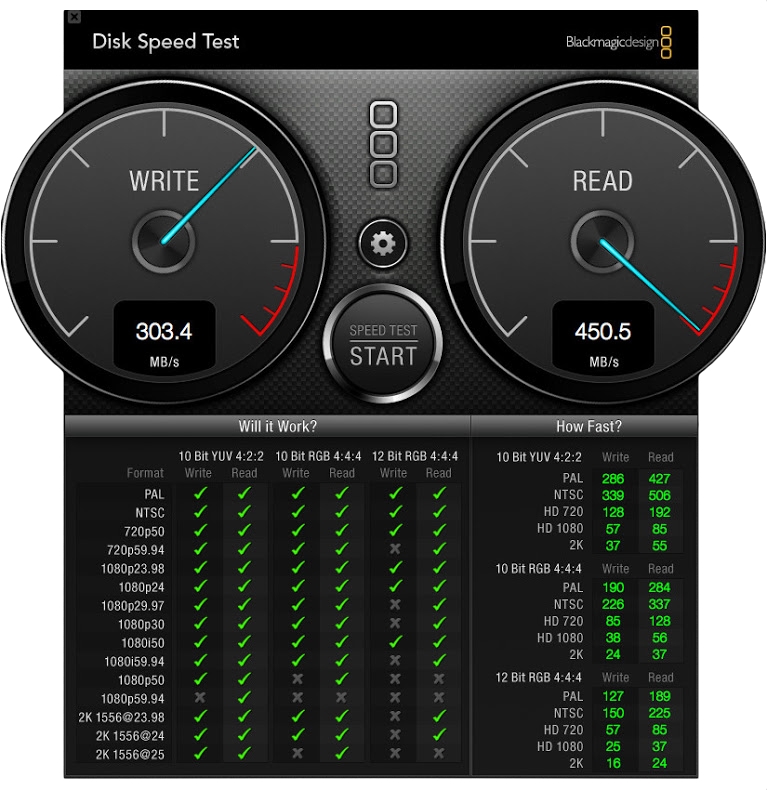 Tests the performance of video and graphics using the program CINEBENCH is also a pleasant surprise — the new iMac is located on the sixth and seventh place respectively among the other computers. Given its not the most powerful “stuffing”, the result is quite good.

Novabench gave the computer to 638 points on the scale. IMac similar indicator of last year is about 800-900 points. 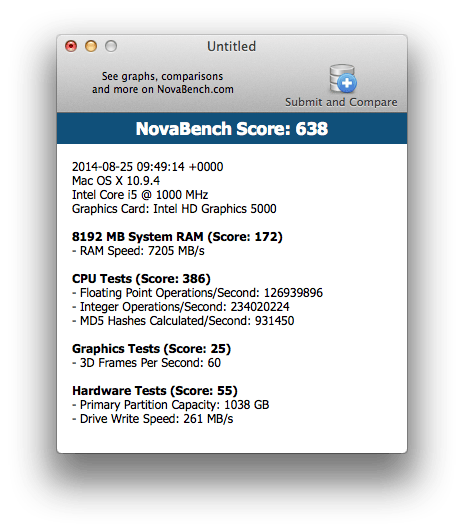 To the speed of your PC almost no complaints — all programs open very quickly (thank you, Fusion Drive), and even “monsters” like Final Cut Pro X or Aperture perform their tasks “without brakes”. We didn’t hold a gaming test on this iMac, because for gaming purposes you obviously will need hardware more powerful. 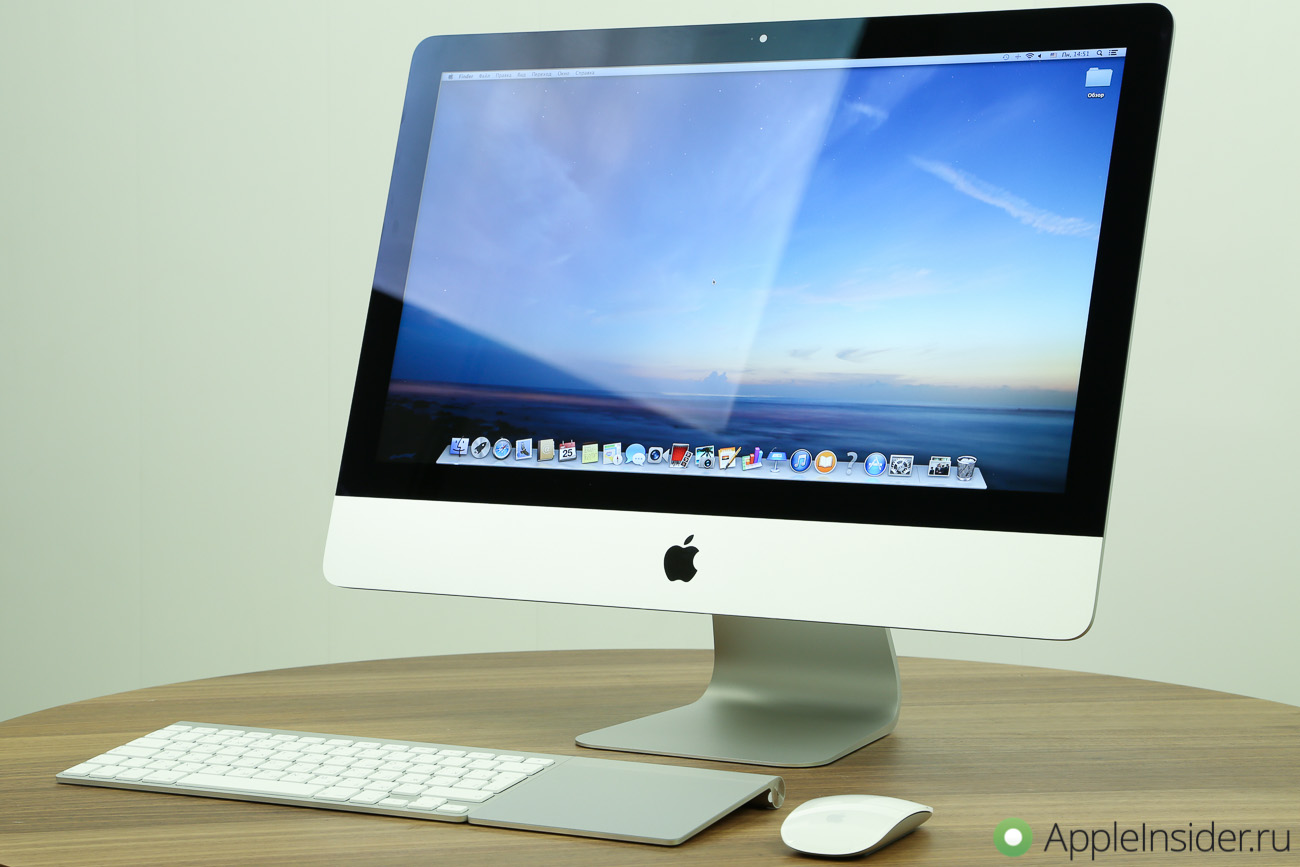 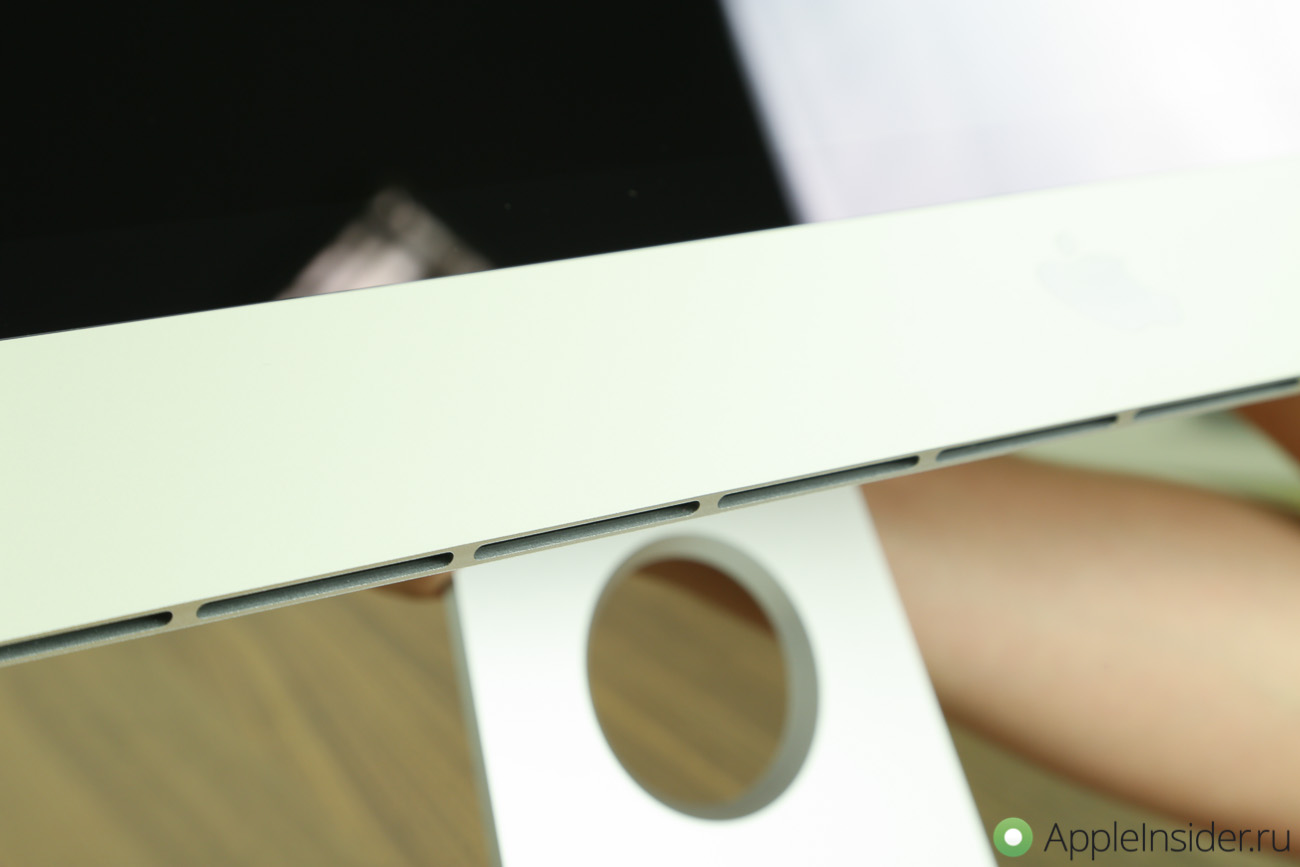 What do we have? Apple managed to create an inexpensive computer that much without sacrificing its technical characteristics and retaining the most legendary design of the iMac. This candy bar is ideal for those who are engaged in processing photos or working with text, but video will still have to buy the iMac in a more good configuration. Anyway, for my money it’s a great computer with excellent design, which is more than can not boast of any one candy bar on the market. To buy a new iMac in the Russian online Apple store at a price from 49 990 rubles. 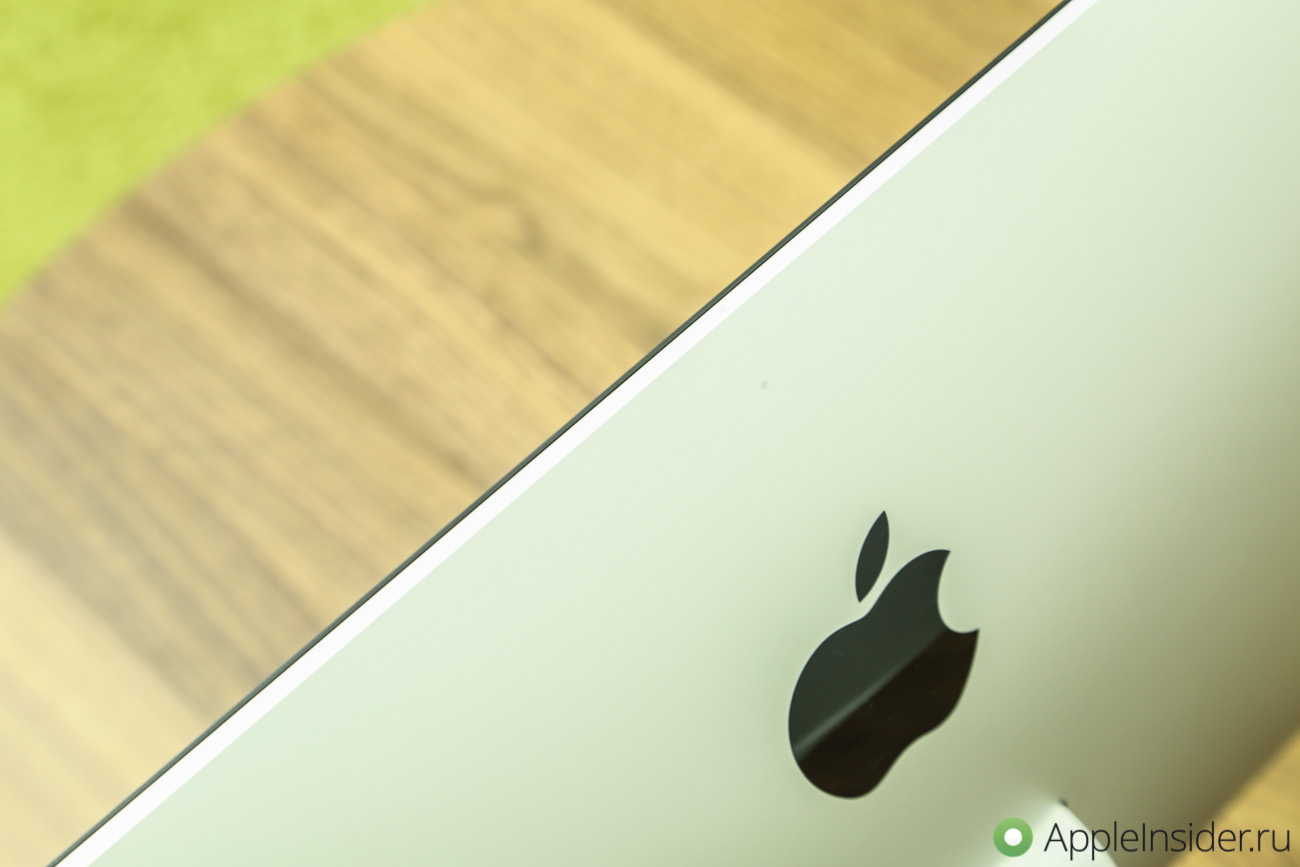 We Express our gratitude to the company “Apple Rus” for giving the review the computer. To queue new reviews — stay tuned!