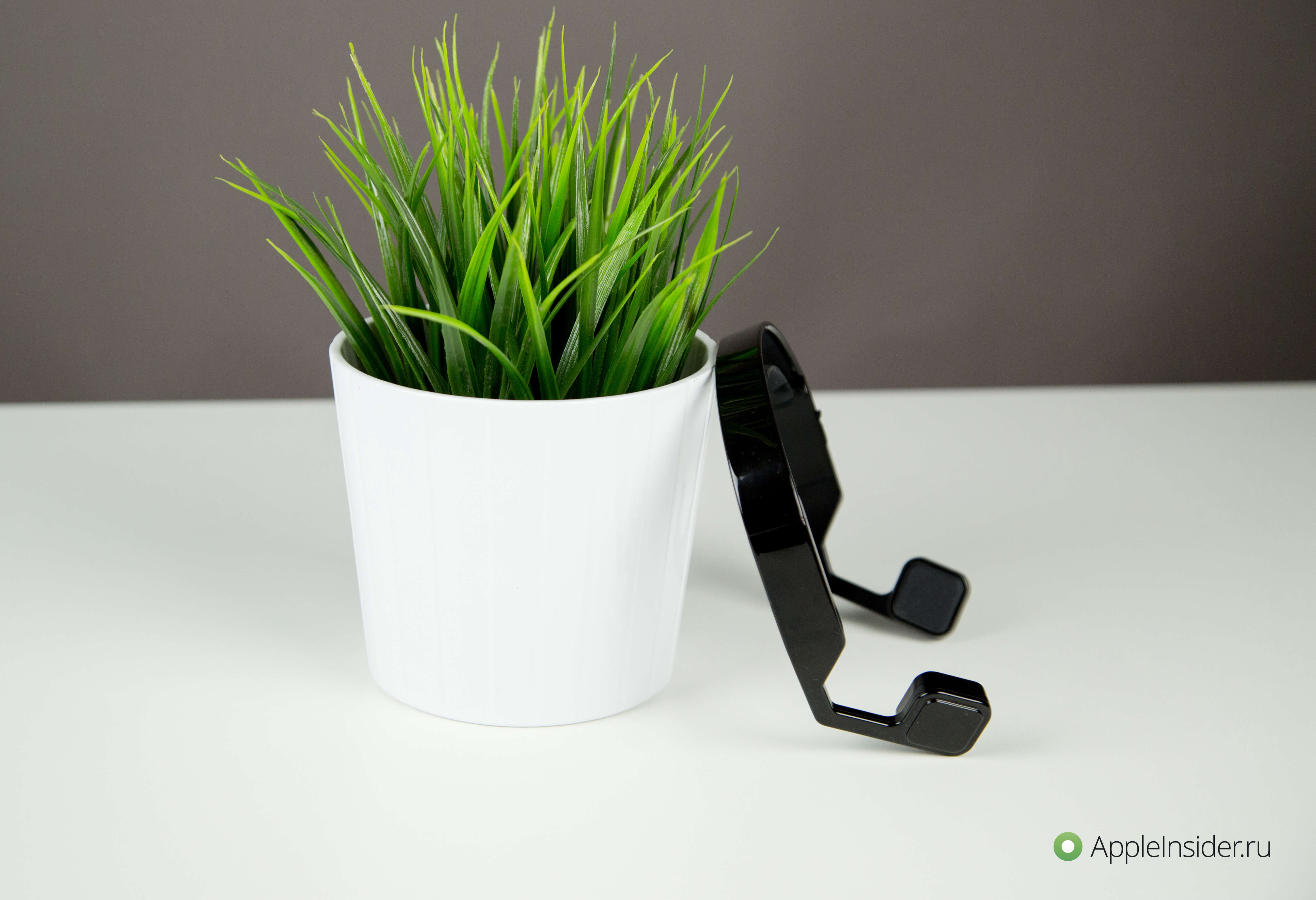 Yet not all know that you can listen to music without musical speakers and traditional headset that covers the ear or auditory channel. This phenomenon is called bone conduction, and the company Rombica presented his vision of such a device.

What is bone conduction?

The phenomenon of bone conduction was described in 1923 Hugo Gernsback in the form of a hearing aid called “osofo”. It was based on the transmission of vibration to bones of the skull. Thus one hears your voice. By the way, that is why we always hear it differently in the record. In the recording we hear more high frequencies and the voice seems higher as the bones of the skull transmit mainly the low frequencies, somewhat reducing the level of high. 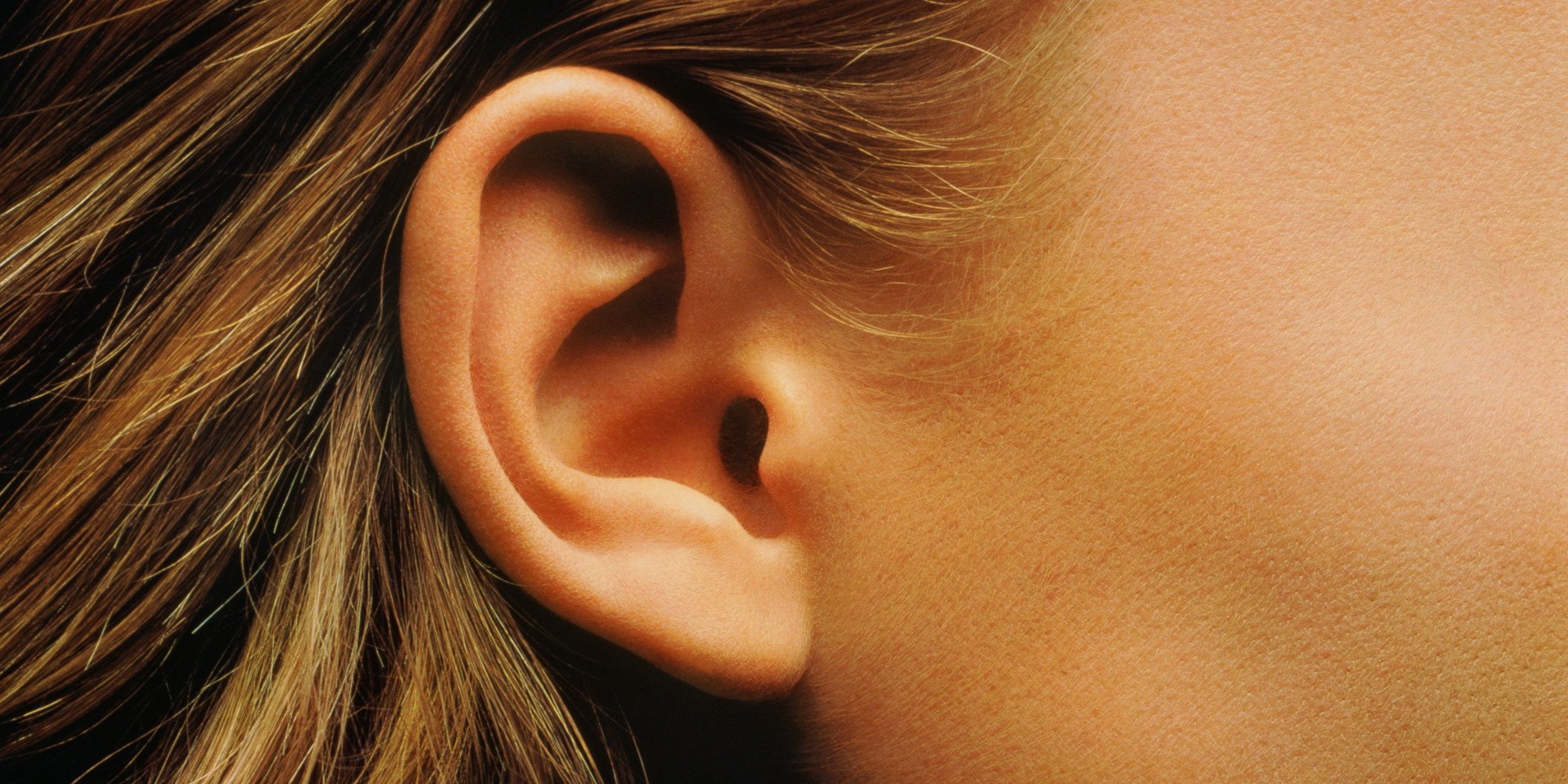 This method allows you to hear the people with certain hearing defects caused by disorders of the ear drums. Not everyone knows, but something similar used even Beethoven, applying to the head with various objects. On the basis of bone conduction built some special means of communication. For example, for scuba divers, when a special device is a semicircular bone behind the auricle of a person and transmits the vibration in the bones of the skull. A similar device is used and the military, which is a device built into the helmet and allows, leaving the ears free to evaluate the environment to receive commands or information. But one of the most familiar devices with a similar function are Google Glass, which transmit sound by bone conduction through the element that is built into the earpiece.

Today we have a review of FIT wireless headset Rombica X-01, about which we will tell, show and even play, but more on that later.

The design and construction

The headset comes in a tight blister pack. Thus, the manufacturer allows the potential buyer to assess the external device before making a purchase. For which separate him thank you, as not all allow to evaluate the appearance of the product without opening the package. 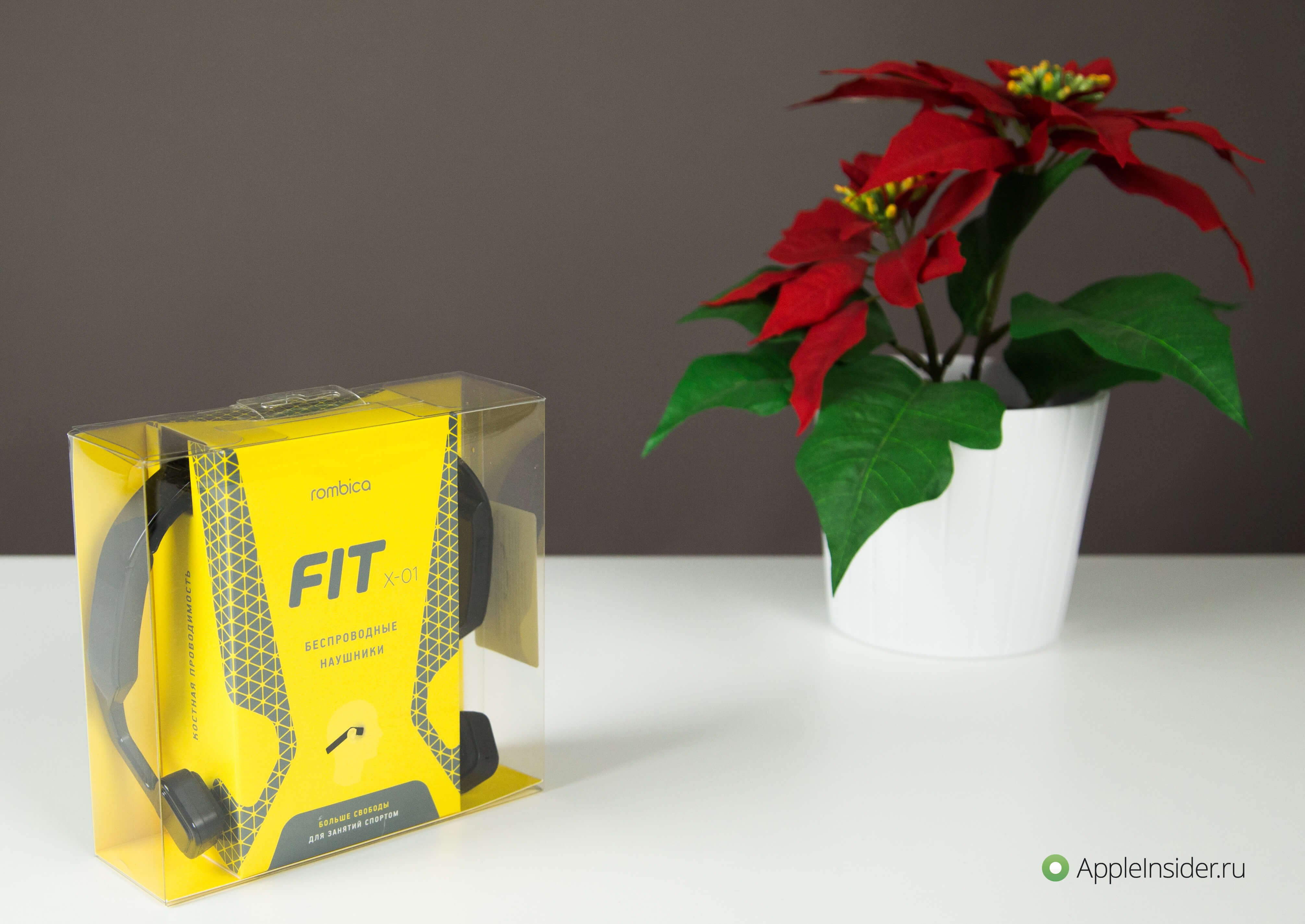 In the basic design of the model there is no change in comparison with analogues from other manufacturers. Yes, and that I can come up with fundamentally new? The jumper on the back of his head, bending to place on the ears and a square emitter with a rubber cover in the temple area.

For the occipital part has a rubber band, allowing softer and safer to fix the earphone on the head, and in the area of one of the volume buttons is an indicator of the headset.

The structure itself is not seen any elements that would cause concern for the structural strength. If specially not to break the headphones, they will serve you faithfully for long enough. 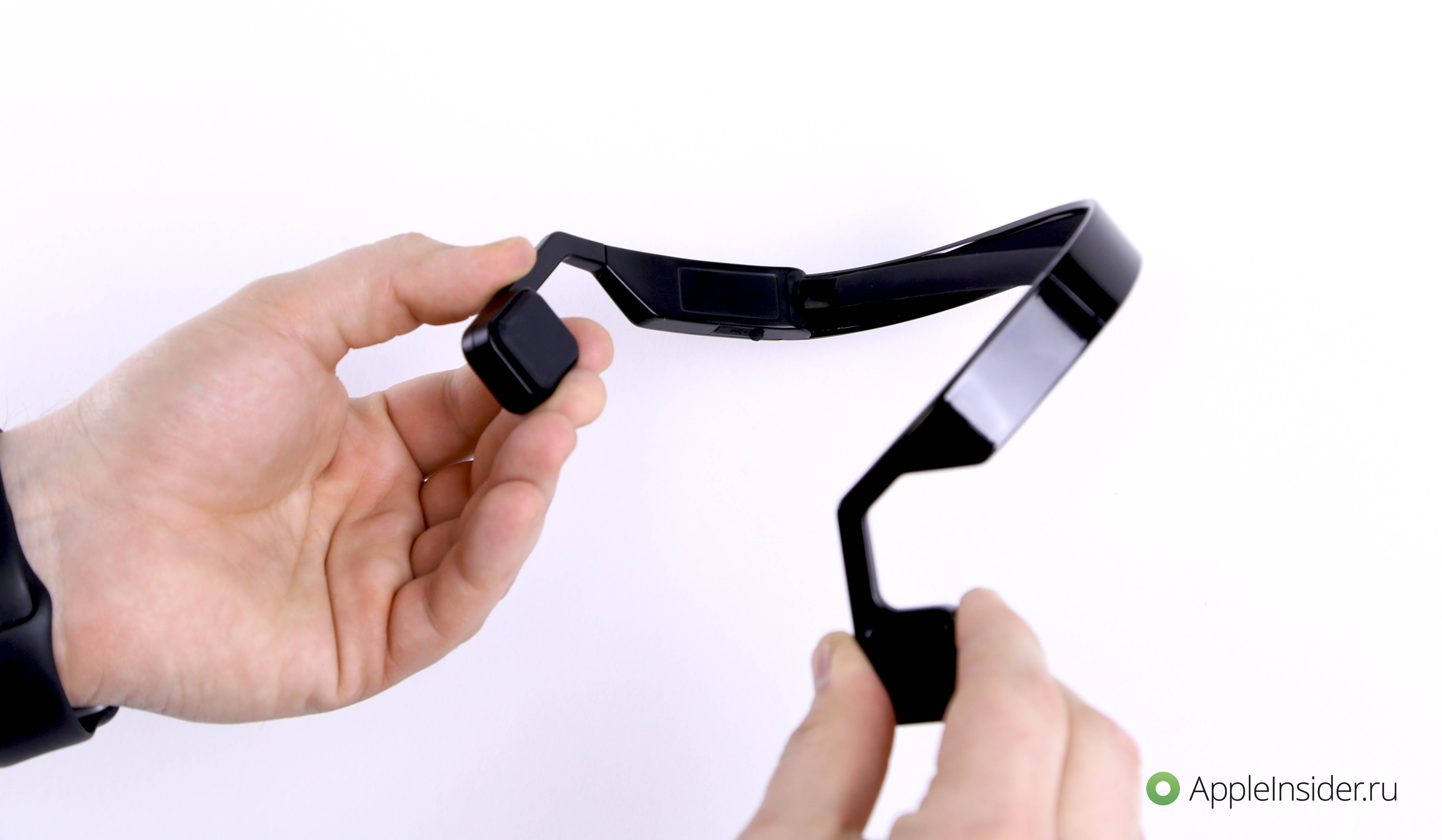 As mentioned earlier, the headset is wireless, and predictable information is transmitted using Bluetooth 4.0, as in all modern wireless devices. The signal quality is sufficient for comfortable use when the phone or player in any part of the room any pocket or bag.

The power of the headset is made from a battery with a capacity of 200 mAh. How long does the battery on the manufacturer’s website is not specified, but experiments have shown that Rombica FIT X-01 allows you to continuously listen to music for five hours straight. Charging the headset is done through fairly standard for devices of this type, Micro-USB, and its duration is about one and a half hours. 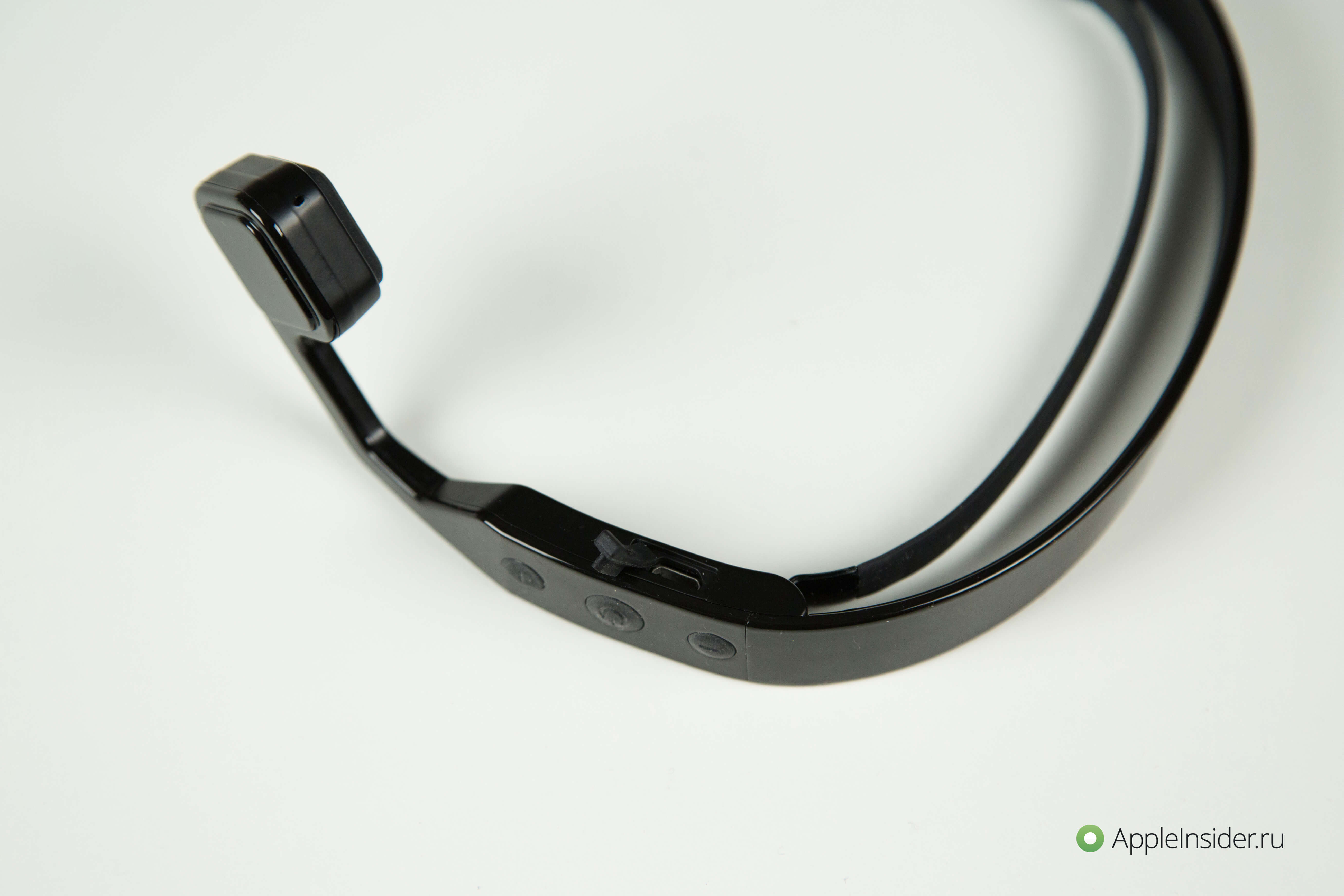 The manufacturer also makes no mention of water resistance of the device, but the appearance design is not in doubt is that from sweat and splashes it protected, like that to swim in it. This figure is similar to most on the market models, so no surprise here.

Among other characteristics we can note the sound characteristics of the headset and the delivery. On the first point it can be noted that the device is able to reproduce sound in the frequency range 100 Hz – 18 kHz with a sensitivity of 82 dB ± 3 dB. As for the package, then all the necessary and without excesses. In the box the manufacturer put the headset itself, a charging cable and a small set of documents.

The right earpiece Rombika FIT X-01 built-in microphone that allows you to use it as a full headset, making and taking calls, that in some situations can be very useful.

The feeling of using

To with not a very large distribution of such audio systems there is a desire for as long as possible to use each product and understand how it is convenient and comfortable. And so it happened with Rombica FIT X-01.

The headset I use for a few days and have made a number of conclusions. Most importantly, what can we say to those who never used such devices, is that you will have the desire as much as possible to listen to it and listen to the unusual feelings, because the operation of the device is rather peculiar.

I have to say that the sound is a bit audible and others, as the vibration of the emitter is sufficient to ensure that at maximum volume levels the sound went away “on the side”. Actually it is not very critical, as the model is designed for sport, and it is important to maintain communication with the outside world, and the volume to add have still only when around and so much noise. 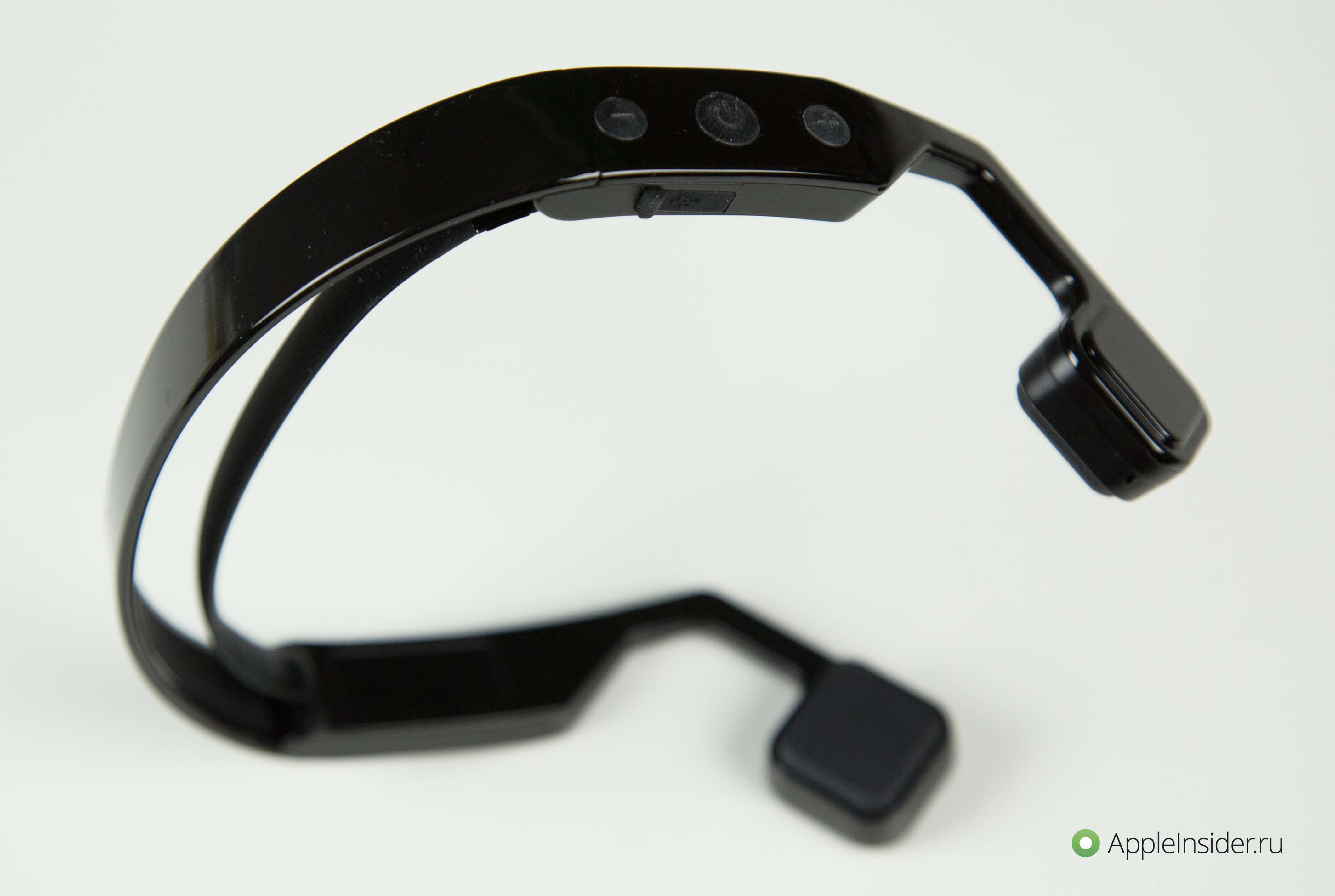 Due to the fact that the speaker emits a sound so that its audible from the outside, the first thing that comes to mind is the idea that you hear the sound not by some newfangled bone conduction, but simply because of the proximity of nearby development, but it is not. Enough to cover my ears and once it becomes clear what’s what, as the sound does not stop, but rather becomes even clearer. For comparison, if attributed to the same distance speaker external earphone and turn up the volume, the sound will be different. So the way it works, and the effect of it is quite interesting, and it feels like the music sounds inside the head, not outside. 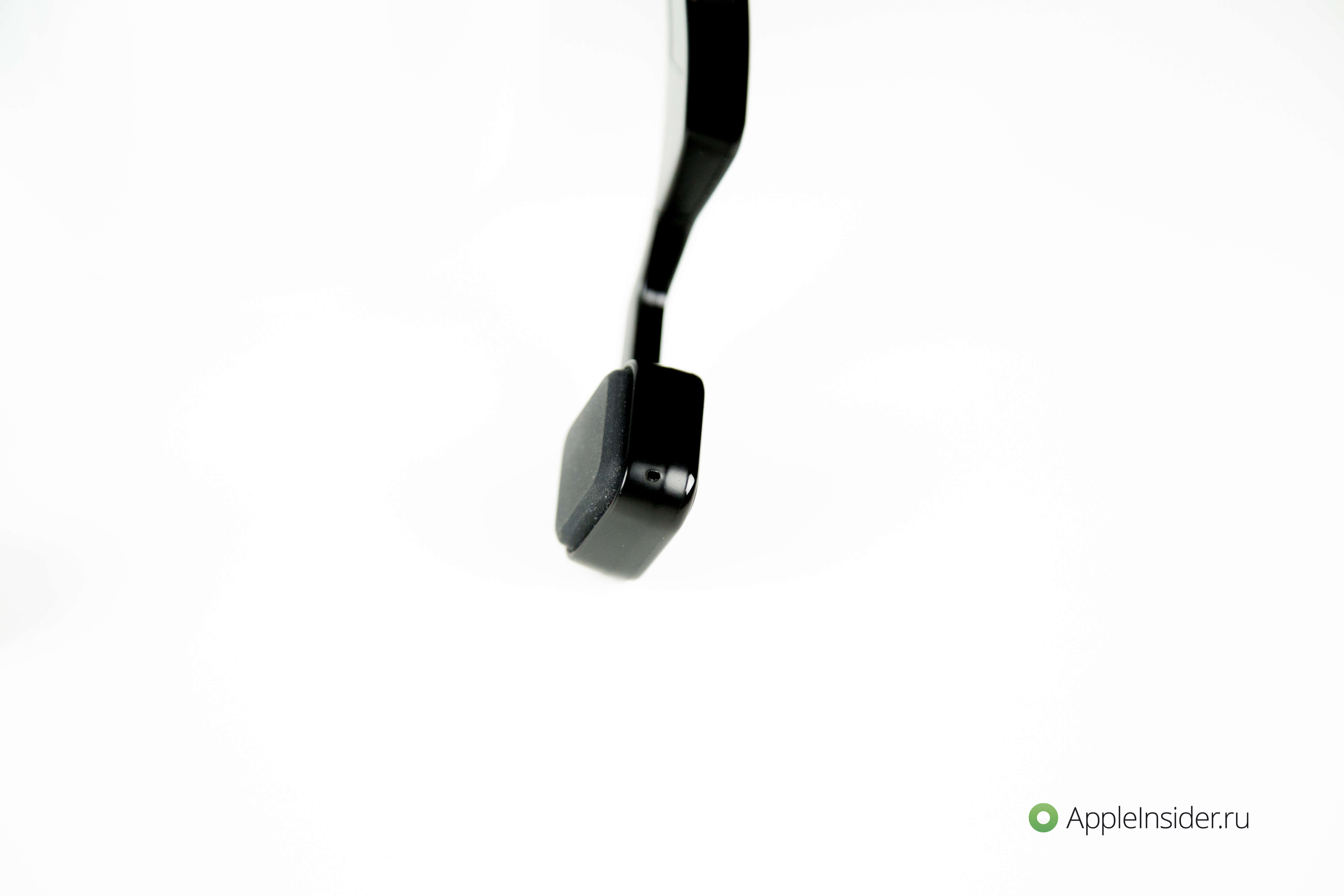 As for landing on your head, here especially comfortable for people with a not very large head. For myself, I noted that I headphones some pressure on the whiskey, but my head is big enough. Although we can not say that after a while of use I didn’t used to. Maybe I’m used to, and perhaps design a little stretched out or just got better, but over time the use became much more comfortable and enjoyable.

I would say that these headphones are very well suited for use when Jogging, Cycling, skating or rollerblading. In transport, when there is no need to have full control of the environment, there is no point in such construction, since the sound in it is still somewhat worse than in traditional headphones. If you often play sports outside, especially in public places, near roads and other people skating or roller skates, then you should try this solution. But if you are an avid cyclist, for safe music listening while driving is difficult to imagine a more perfect device. In these headphones you will be able to fully control the situation around and not jeopardize himself or others. 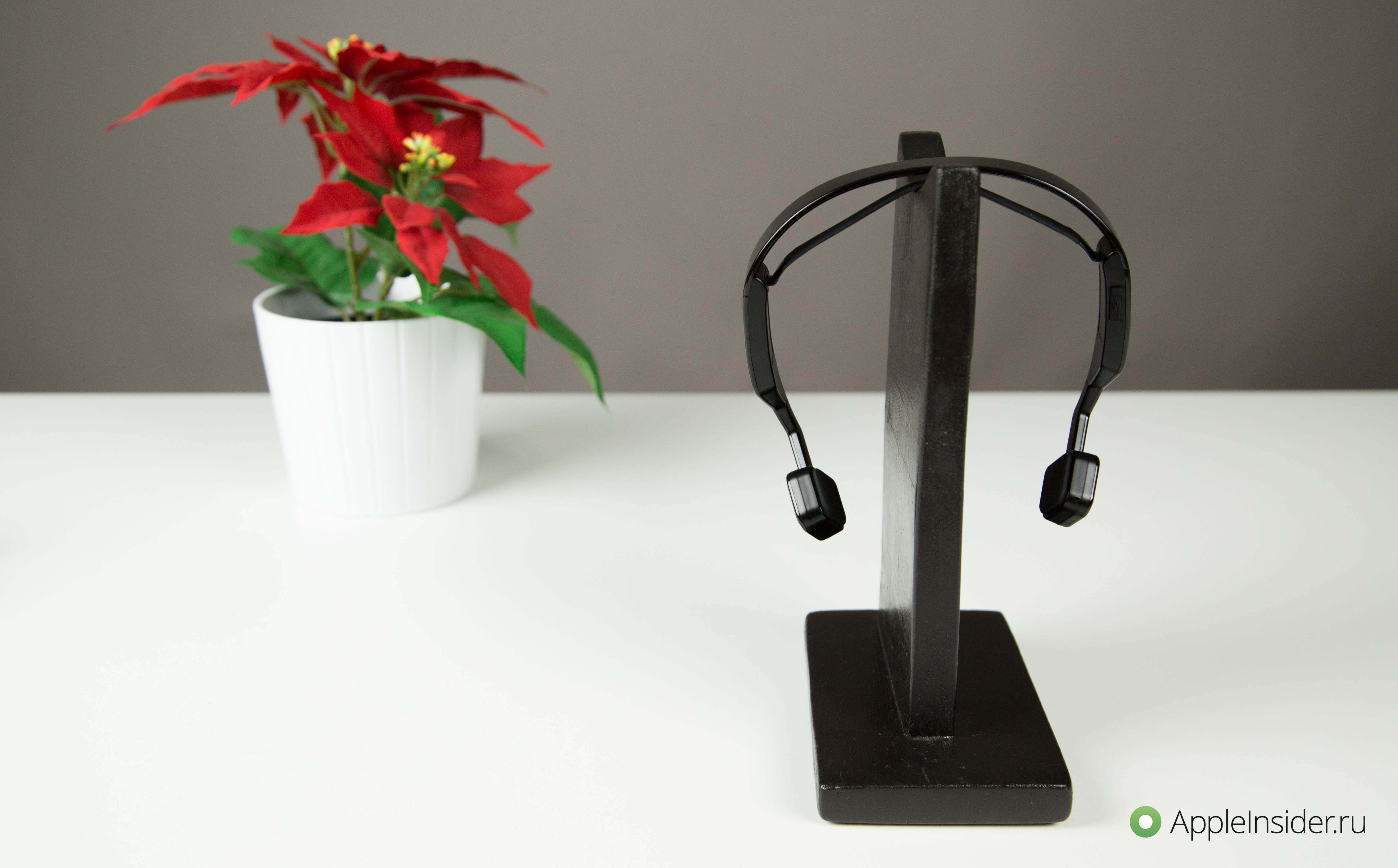 It is possible that soon we will see mass use used in FIT Rombica X-01 the technology of bone conduction, as even smartphone manufacturers have started to take this method into consideration. So, the well-known Xiaomi has introduced bone conduction in unannounced smartphone Mi MIX, which is simply no space left for the traditional dynamics, as almost the entire front panel covers the screen. If these screens will be distributed among other manufacturers, it is possible that this technology is firmly part of our lives. The more it is growing and each day it becomes more and more perfect.

Among our readers we are holding a contest and giving away is described in this article headset. To participate in the raffle you need to make only three steps:

3) Fill out the Google form below, or via this link

The competition is held to 14.11.2016 (Monday) inclusive. The winner will be chosen at random and results announced on 15.11.2016 (Tuesday). Rombica representatives will contact the winner and say how he will be able to receive your prize. To participate in the competition only to residents of the Russian Federation.