Roskomnadzor announced the creation in Russia of a profession mediapolitical

Roskomnadzor announced that in the near future in Russia will be created a profession mediapolitical — guard on the Internet. He will look for violations of the law by monitoring network resources. 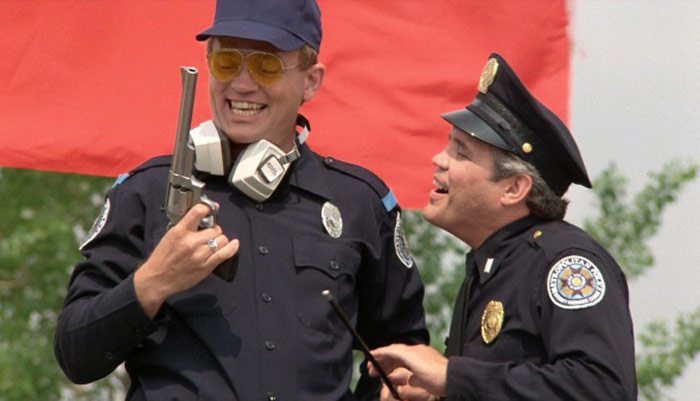 “Now in Russia, this function is partially performed Roskomnadzor and “the League of safe Internet”, but in the future the misuse of information and cybercrime will continue to grow, so it is necessary to allocate a separate profession”, — stated in the message service.

Agency staff accompanied the recording on social media a reference to the meme, which is known under the name of the Meme police.

“You called for Roskomnadzor. This time without blocking, continue but be careful,” — the message ends.

The post contains a screenshot from the portal “Atlas of new professions”, which was developed with the support of the SKOLKOVO Foundation and the Agency for strategic initiatives (ASI). 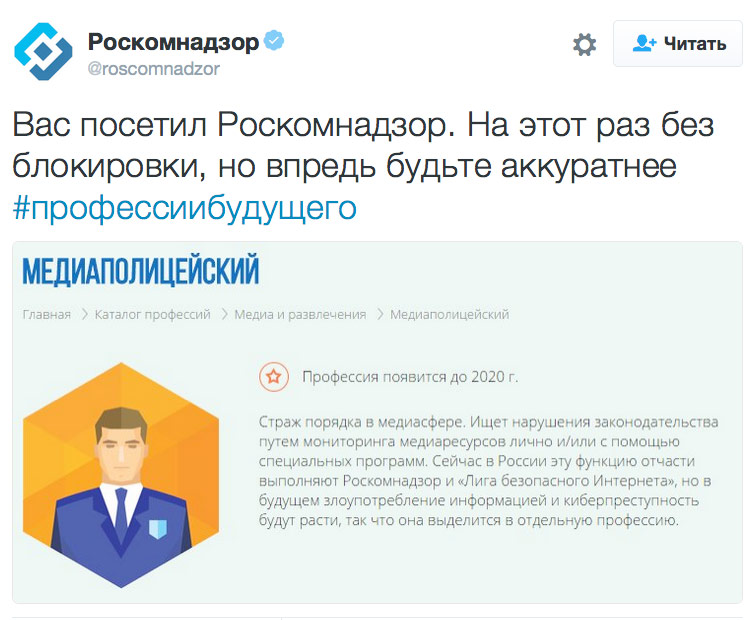 According to the authors of the project, mediapolitical will be “the guardian of order in the media sphere,” which looks for violations of the law personally or with the help of “special programs”.

According to Roskomnadzor, in the future, the number of cybercrime will only grow. Profession “metapolitefsi” should appear in Russia until 2020.