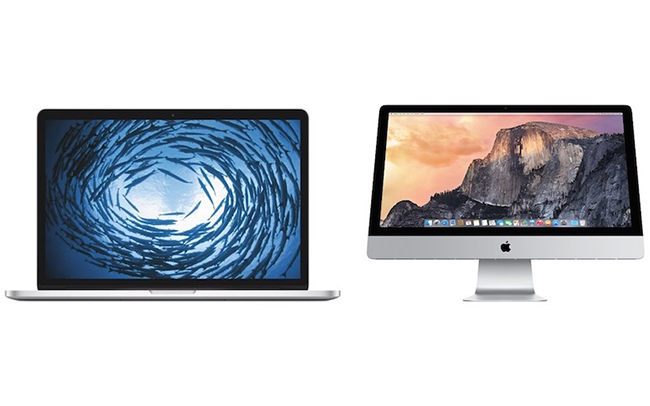 Apple will wait for WWDC and unveil new items a bit earlier. Such a rumor appeared on the Internet today. Thus, according to some Western media, the company intends to bring to market an updated 15-inch MacBook Pro and 27-inch iMac on Wednesday.

The first rumor publication MacGeneration, noting that the data source has a trustworthy reputation. However, “decent source” was unable to tell what exactly will be new information about a specific update was provided. So the media had to think out of their own.

Based on the recent silent updates has been compiled opinion that the novelty will receive improved graphics, the trackpad on ForceTouch and, likely, improved Intel Broadwell.

Explain that previously it was assumed that Apple will show new items during the developers conference in early June. This variant, as rumors about a quiet” update — still just a rumor, as it is not necessary to write off. At the same time it is not necessary to exclude the possibility that the rumors are true — yet in Cupertino may well decide to give the stage event only software, all the more so global updates to design experts do not expect.