Use a smartphone instead of Bank card consumers prefer when shopping up to 1,000 rubles. and in the subway. Two months to the systems of Apple and Samsung has connected more than 100,000 customers.

Apple Pay officially started in Russia on October 4, but with some limitations: you can use the service could only card holders of MasterCard, issued by Sberbank. From mid-November Apple Pay was able to join and owners of Visa. According to Apple, is now in Russia with the service there are 14 financial institutions, including Alfa-Bank, “Russian standard” VTB 24, “Opening” and “Yandex.Money.”

Payment service Samsung ahead of Apple for a week and start in late September. But while Samsung Pay works with seven banks and only with MasterCard.

Among the clients of VTB24 contactless payments Apple and Samsung are 35 000 people (about 10% of clients — owners of devices that support these services). Until the end of 2017, the Bank expects to attract to the systems 70 000 clients.

The Bank “Saint Petersburg” more than 7,000 customers have activated Apple Pay that is 15% of the total number of customers using Apple devices to sign in to the Internet Bank and mobile application. In Raiffeisenbank, the average is about 1.5%. According to the Director of products and projects of e-business at Alfa-Bank Tatiana Yarmola, the first thousand users of Apple Pay joined just half an hour since the start of the project. 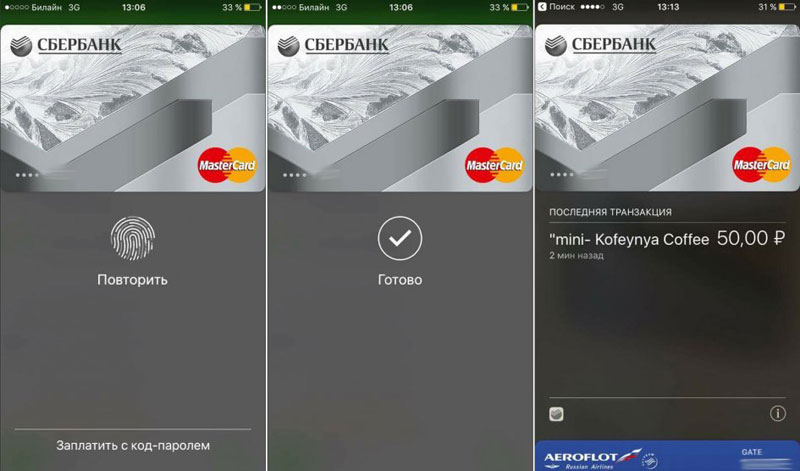 The turnover of the services VTB24 is about 100 million rubles in a week, “single active client” Bank spends from 7 000 to 10 000 RUB over the same period, and the most popular check amount — 99 RUB With more than 40% of all operations with Apple is concentrated in Moscow, with Samsung Pay in the capital is done by only a quarter of purchases.

The total volume of transactions of Raiffeisenbank via the payment service, Samsung is about 13 million rubles., using Apple Pay is about 77 million rubles. Average check at Apple Pay “a little more than 1,000 rubles.” Samsung Pay — about 900 rubles, specify in the Bank.

Contactless payments customers are all interviewed by RBC banks and services mainly in everyday life — for payment in cafes, grocery stores, pharmacies and gas stations.

Despite the fact that services Apple Pay and Samsung Pay, consumers are used for smaller everyday expenses, some of them pay for larger purchases. As told the Director of products and projects of e-business at Alfa-Bank Tatiana Yarmola, the most expensive purchase — by 1.83 million roubles have been committed by the Bank customer through the service, Samsung Pay in the store Tiffany&Co. Record cheque of 200 000 was also set by the client, “Russian standard” if you pay in Volgograd electronics store via Samsung Pay. The biggest purchase of VTB24 customer (through which service is not specified) in the amount of 500 000 rubles was held in Khimki.