Russian developers have released an application that recognizes the sincerity of the interlocutor with the help of artificial intelligence. As reported by the Ngs, the creation of Verity took six months. 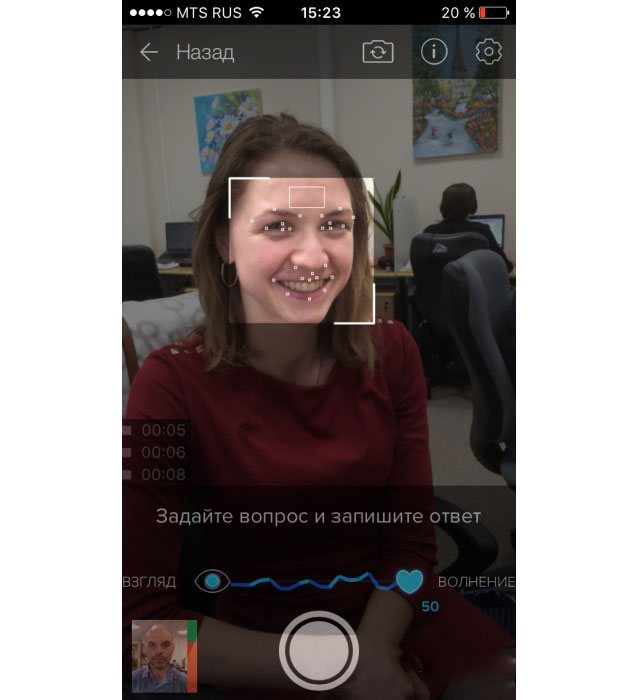 The idea to develop a kind of pocket the lie detector came to heads of Novosibirsk companies Spectrum and PuniccApp Ivan Borisenko and Ivan Chernyshev spring. Spectrum took on the scientific side, and PuniccApp — technical.

By the summer of the programmers already having a ready concept, and its implementation would take another six months: “Ivan Chernyshev came up with the idea to create a mobile lie detector. He offered to make it on the basis of fitness trackers, which capture the pulse of the person. Studied a lot of literature and realized that a single pulse will not be enough. It occurred to me that you can use for this face.

“It eventually came down that the most correct will be a comprehensive approach to gather information about the micro-movements of the face and pulse to combine using the algorithm in a single whole”, – says Ivan, noting that on the creation of the program worked 12-15 people. 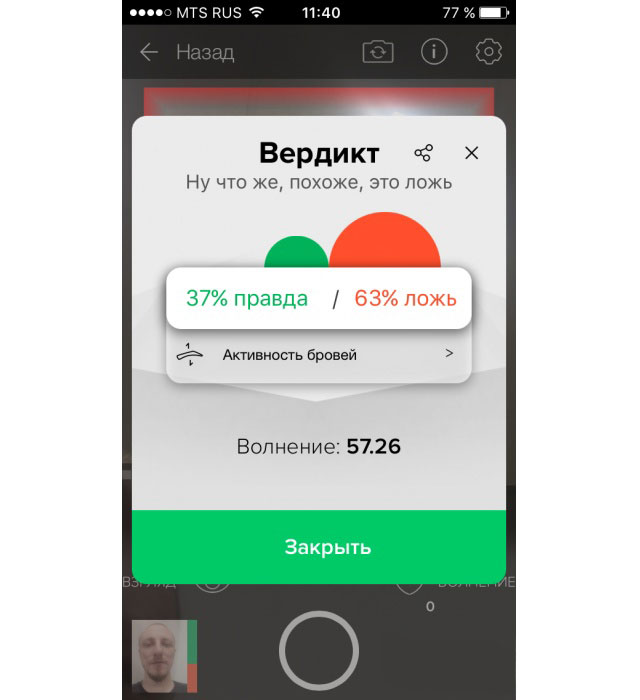 The developers claim that Verity has no analogues in the world. Before this test says the person is sincere or not, it was possible by using applications that work on the principle of “put your finger to the screen”: “It’s like the ball-eight, there lies an elementary selection of random numbers, and it [the app] gives predetermined answers,” he said.

App Verity is able to recognize a human face. It reads micromotion and pulse rate of individuals: the program highlights on the forehead certain most suitable site and microzoning skin tone can recognize the fluctuations of the pulse. Also affects the movement of eyes, eyebrows, lips, cheeks, says Ivan. To find out the person speaks the truth or not, you need to bring at him the camera and ask a question. The application will record a video of the face of the speaker and will give the result in percent. 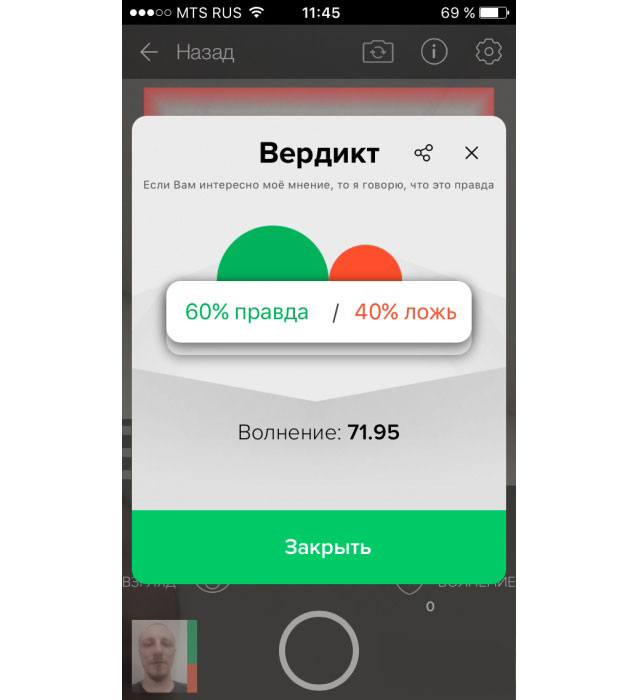 “We train him [the app] as a child. Use of a neural network. The app learns, but does not explain on the basis of what makes conclusions.”

Download Verity for iOS for free via this link.