The inhabitant of Orsk under the name of Sasha Bruce dressed in a jacket and plunged into the icy water for the iPhone 7. A movie with a dip in the lake, he has published on his page in the social network “Vkontakte”. 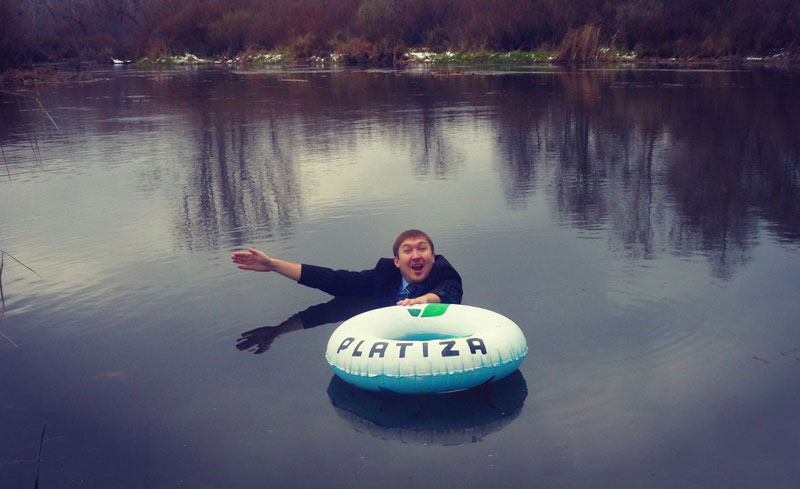 Intelligent inhabitant of Orsk (Orenburg region), which was shirt, tie and jacket, but somehow was missing his pants, he decided on a desperate act for the flagship Apple smartphone. To get the coveted iPhone 7, Alexander ventured to swim in the icy water of the local pond.

In the description of the video Sasha Bruce explained that he decided to participate in the competition of service instant online loans Platiza, who promised to give the smartphone to the author the most creative picture or video with the company logo.

In October we wrote that in neighboring Ukraine for the iPhone 7 residents change the name on the IPhone Seven. In terms of action, it was necessary to change the name, get the passport of the citizen of the country by that name, to be photographed with him, to see the face of the party, the photo and the name in the passport, send a photo and passport to come to the store. The smartphone got the first five participants.