Developed in Russia, the Prisma application for iOS a few days has become a leader in the App Store by number of downloads in ten countries. This is reported by “Vedomosti”, citing data systems analysts App Annie. 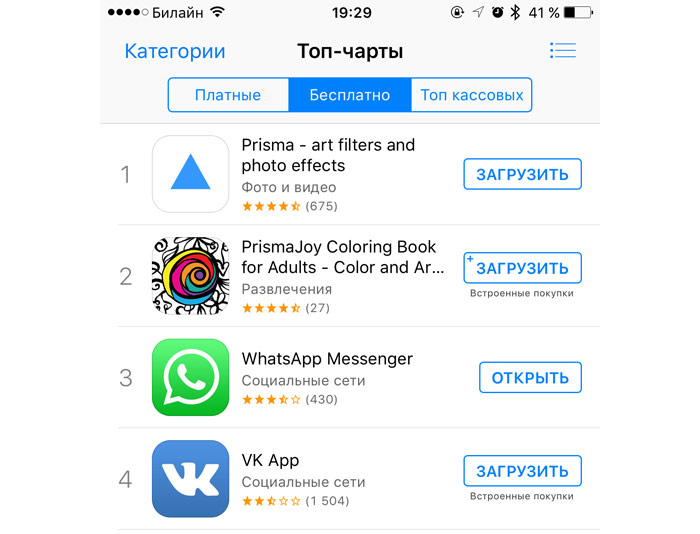 Among the countries that launched June 11, Prisma became the most popular app turned out to be Russia, Belarus, Estonia, Moldova, Kyrgyzstan, Uzbekistan, Kazakhstan, Latvia, Armenia, and Ukraine. While the highest scores the program has put users from Russia, USA and Germany.

The founder of the project Prisma Alexei detention of offenders said that in Russia the application are already 650,000 people. Users at the peak” load 10-12 thousand photos per second, the day — “tens of millions” of images. In the comments under one of the posts in Facebook detention of offenders noted that “at the peak” users Prisma download in-app 5 thousand photos to process. At the moment, the company specifically inhibits the growth because the available technical capacity does not cope with the flow.

A large number of downloads in a few days was a surprise to developers. The creators of the app expected that success will come to the project in 5-6 months after launch. 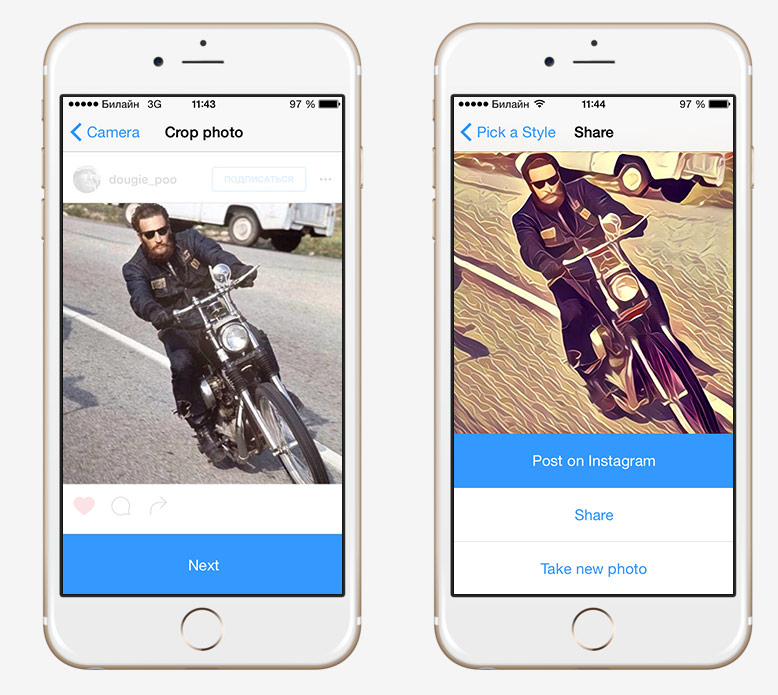 Unlike other applications, subject to filters Prisma “redraws” the image with algorithms of neural networks. Now in the menu you can choose from 20 styles of famous artists, from van Gogh and Picasso to Munch and Hokusai. According to the developers, in the future, the app will advise the appropriate filters.

The main advantage of the Prisma compared to similar services — the speed of image processing. The use of cloud technologies allows you to redraw pictures almost instantly, while others make you wait almost a few minutes.

While Prisma can only be downloaded from the App Store, but the developers plan to soon launch a version for Android.