In recent years, manufacturers of Swiss watches, which exported goods worth about $20 billion a year, faced with a serious drop in sales. One of the reasons is the growing popularity of smart watches, in particular the Apple Watch. 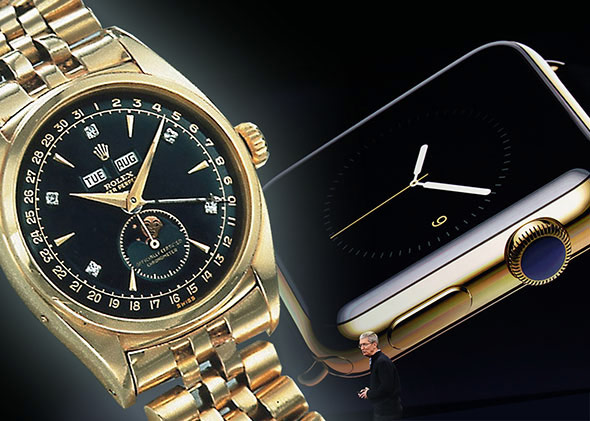 As reported by Ffin in August 2016, the exports of Swiss watches amounted to only 1.9 million units – a fall of 4.5%, according to the Federation of the Swiss watch industry. In monetary terms, the sales decreased by almost 9% to 1.4 billion Swiss francs ($14.3 billion). According to Bloomberg, the sales decline continues for 14th consecutive month. Experts believe that a role in the drop in sales of Swiss watches played smart watches including Apple Watch, which account for almost half of this market.

The original Apple Watch went on sale in late April of 2015, but extended only on pre-order. In stores they appeared only in June of the same year, i.e. 15 months ago. Since the Apple Watch sales are growing, and the device takes market share does not have fitness trackers, as expected by many analysts, and the market for traditional watches that are more an accessory and subject of the image.

As a result, in 2015, Apple became “watchmaker No. 2, behind only Rolex, said Apple CEO Tim cook during the presentation, Apple Watch II earlier this month. Apple Watch became the fastest-selling wearable devices of this type, with sales of 3.6 million in the second quarter of 2015. However, in the second quarter of 2016, the production of smart watches in the world fell. The share of Apple had 47% of deliveries, that is, 1.6 million devices. Thus, the fall of the Apple Watch sales year-on-year was 55%. 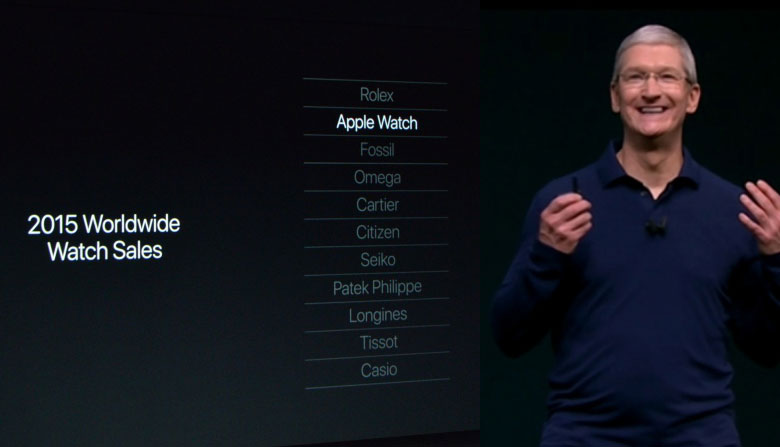 Even with the peak of the Apple Watch sales far below those that show the manufacturers of expensive Swiss watches. However, the activity of Apple and other technology companies on the market of wrist watches complicates the conduct of business Swiss watchmakers.

Experts cite several reasons for the drop in sales of Swiss watches, including their high cost. The modern consumer, especially the young, do not want to pay several hundred even thousand dollars for a watch manufacturing technology which over the last hundred years, almost unchanged. Thus, manufacturers are forced to adapt to the market and offer not just beautiful and expensive watch and multi-functional gadget with the possibility to choose the most suitable option at a price (e.g., Apple Watch cost from $270 to $1000). Manufacturers of Swiss watches yet this demand cannot be satisfied and lose customers.