Samsung demonstrated the capabilities of its foldable smartphone

At the beginning of next year, Samsung might introduce two smartphones with foldable displays. But until that happens, the Korean manufacturer is actively preparing the ground for new gadgets. This week, the company has applied for a new patent, which describes the features of the gadgets with flexible screens. 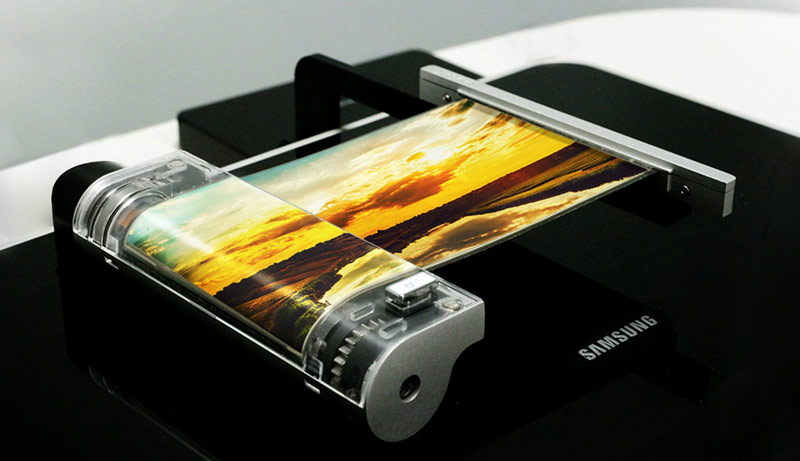 Samsung will use flexible screens in smartphones that can develop in horizontal and vertical orientation, curl up and even stretch out. The latest patent application konkretisiert some of the capabilities of such devices.

In particular, Samsung paid special attention to the corners of the screen, with the possibility of deactivating the touch controls at the edges to open and run individual functions like the media player in the closed state. And all this depending on which side lies the device. Provided and the ability to quickly launch applications: users can touch the app icon on the edge of the screen when you open the phone, and when it is opened, the application will start. 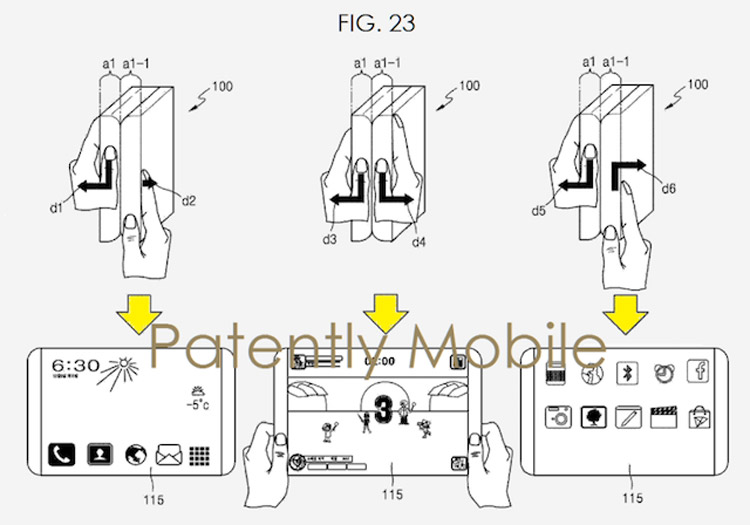 Another idea Samsung is to not press the button, and in a certain direction run your fingers over the ends when you open the gadget. For example, one finger swipe up and the other down. Or both toes to hold in the same direction — up or down. On each such action Samsung offers a variety of applications: home, camera, apps menu. 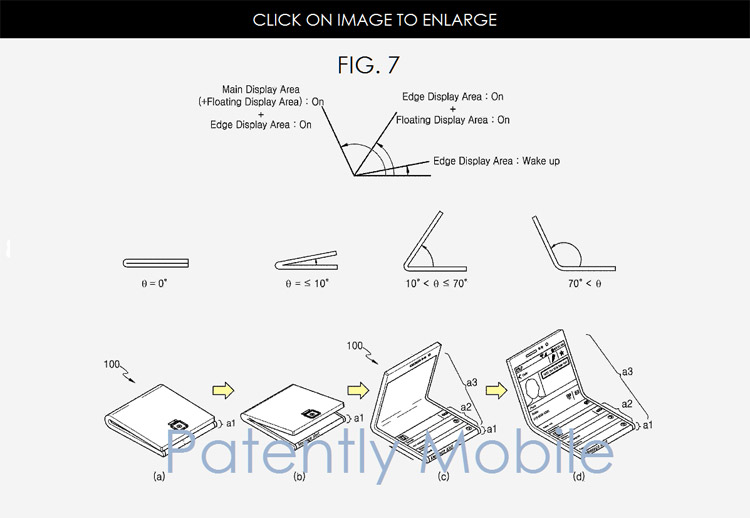 In addition, the company developed the concept of “floating viewport”, which “pulls” the image on the screen, when the user slightly lifts the smartphone, orienting it in the desired direction. And this allows you to see the desired image or widget without having to fully open the gadget.

Samsung’s patent application was filed in November 2015. In April this year South Korean publication The Electronic Times reported that the first flexible device the company plans to release in 2017. In June, Bloomberg spoke about the plans of the vendor to submit early next year, two models of smartphones with flexible displays.