Samsung exploded on Board an Indian aircraft during the flight

Trouble follows Samsung one by one. This time the smartphone the South Korean company has exploded in the cabin of a passenger plane during the flight. 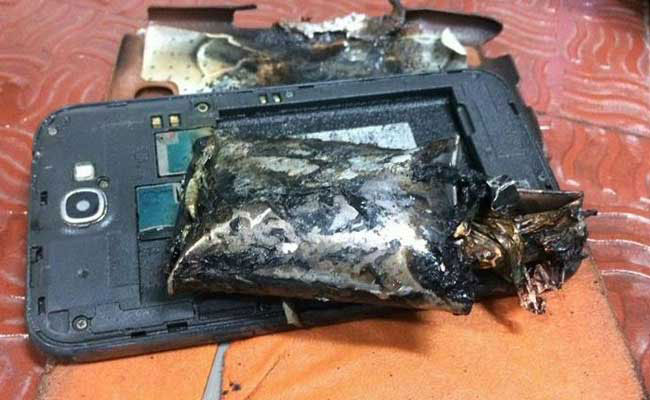 The Directorate of civil aviation of India informed that the device is made by Samsung almost became the reason of fire on Board of the aircraft, IndiGo, EN route from Singapore to Chennai. Passengers heard a pop and saw smoke seeping from the Luggage box. They reported this to the crew. Source of smoke and sparks appeared smartphone Samsung Galaxy Note 2.

What did the crew is unknown, but according to media reports, the plane landed safely, nobody was hurt. Damage to the ship wasn’t done.

The airline has confirmed that during the flight the cabin started to come smoke from the compartment for hand Luggage on passenger seats. They called the flight attendant who discovered the exploding smartphone Samsung.

Information about the incident was confirmed by the company InterGlobe Aviation, which owns IndiGo, and Indian service, ensuring the safety of air traffic. The latter, incidentally, intends to send a Directive to the airlines to recommend passengers not to turn on the Samsung smartphones during the flight, and generally avoiding passage of gadgets on planes.

Samsung Note 2 was introduced in 2012. For all the time since the beginning of the issue, he never appeared in the reports about any anomalies or incidents.