In the study of the capabilities of the new smartphone Samsung Galaxy Note 7 observers of the resource Phonearena have compared the performance of the device and the iPhone 6s Plus. The test results in AnTuTu, GFXBench T-Rex HD, GFXBench Manhattan and presented in the form of a table. 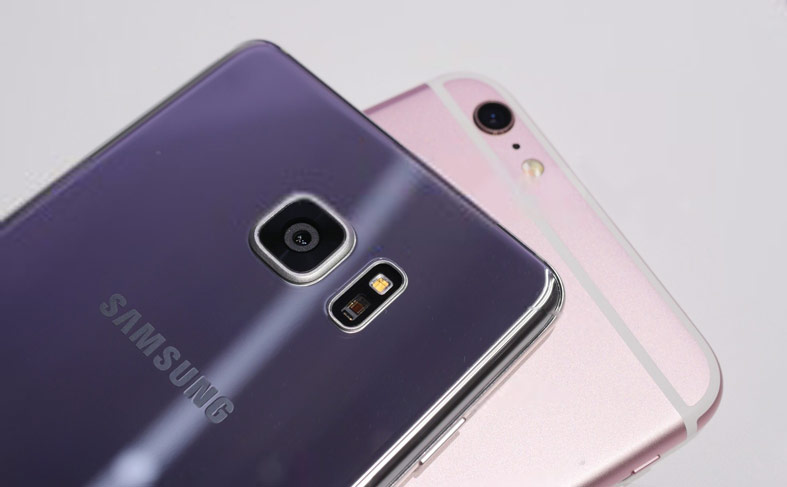 As we have already mentioned, the Galaxy Note 7 has a lot in common with the spring flagship Samsung. Both phones are supported by the Qualcomm Snapdragon or Exynos 820 8890 and is equipped with 4 GB of RAM. In the graphics benchmark GFXBench T-Rex and GFXBench Manhattan HD devices Galaxy Note Galaxy 7 and S7 show the same results, yielding at the same iPhone 6 Plus in performance.

In the test T-Rex HD flagship, the Galaxy Note 7 showed the result of 53 points, while the iPhone 6 Plus shows 59 points. In the Manhattan benchmark the superiority of Apple’s smartphone is even higher: 38.4 score 29 against the South Korean competitor. 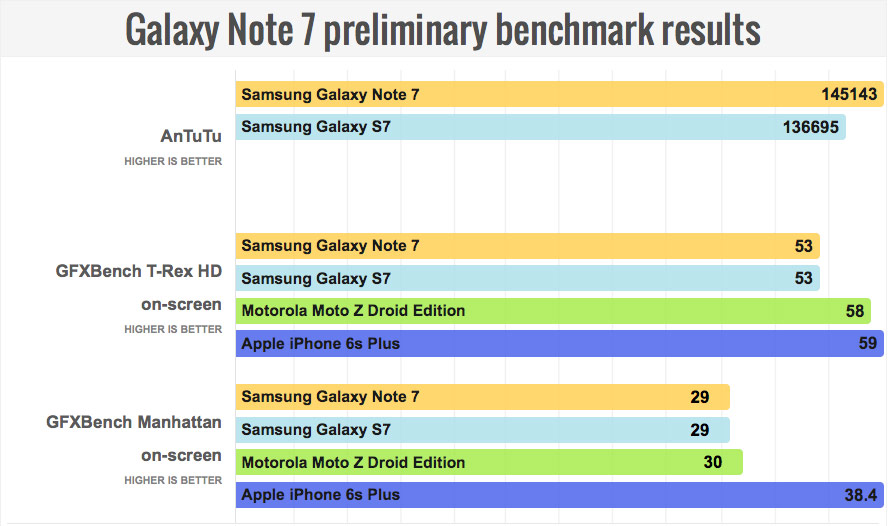 In AnTuTu the Galaxy Note 7 showed the result 145 143 points – 9,000 more than the Galaxy S7 and 12,000 more than the iPhone 6s. Last year’s flagship Apple shows the result in 133 781 points. According to rumors, the performance difference with its predecessor is associated with the optimization of software and better cooling system.