Samsung Galaxy Note 7 of the new party exploded in the hands of its owner. This happened in less than a day after 25-year-old resident of China Hey Renji bought the smartphone. According to Renji, they have acquired a Samsung Galaxy Note 7 in online store JD.com. September 26, less than 24 hours after purchasing the device exploded. The result of the incident the young man received burns to his fingers. The explosion damaged his MacBook.

Shortly after the incident to Renji came to the Samsung representative and asked to return the phone. In return, the company offered to fully compensate the young man the cost of the gadget. The victim refused the offer, deciding to self-identify the cause of the explosion, as “no trust company”. He wants to draw to this problem attention of the public.

Samsung said that they are currently engaged in dialogue with the client. The company plans to conduct a “thorough investigation” of the device as soon as it will get. 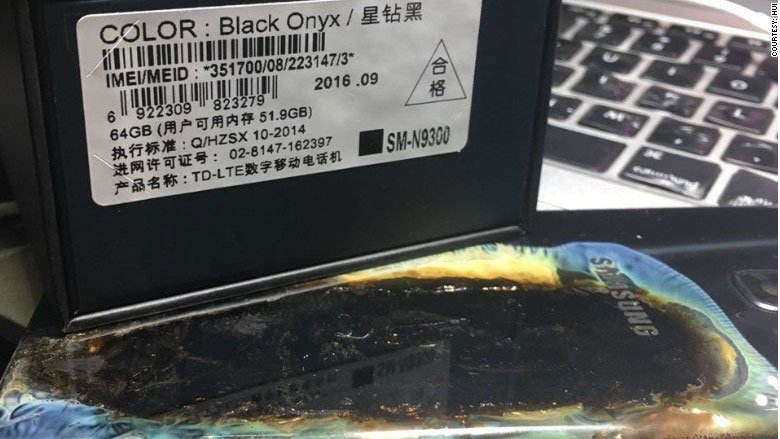 Earlier in September, 2016, Samsung has studied two incidents with the explosion of the Galaxy Note 7 in China and argues that they were due to the heat outside, and not because of the marriage of the battery.

In early September, the South Korean giant has addressed a recommendation to the owners of Galaxy Note 7 to switch off the phone and to exchange them as soon as possible. The reason was problems with the battery inside the smartphone has been installed, the battery is defective.

Threat smartphones had to be withdrawn from sale until correction of the defect. The official date of the resumption of sales is scheduled for September 28.