The design of the Galaxy Note 7 and iPhone 6s Plus is the complete opposite of each other. If the first housing is made of glass Gorilla glass 5, the second clad in a shell of durable 7000 series aluminum. Smartphone Samsung display “from edge to edge, curved at the edges, and rectangular Home button, Apple gadget – the screen with visible boundaries and round the Home key.

The layout of the controls of the Galaxy Note 7 corresponds to that on the iPhone 6s Plus: key lock and tray for the SIM card is approximately the center of the case and located in the other side volume keys closer to the top of the device. 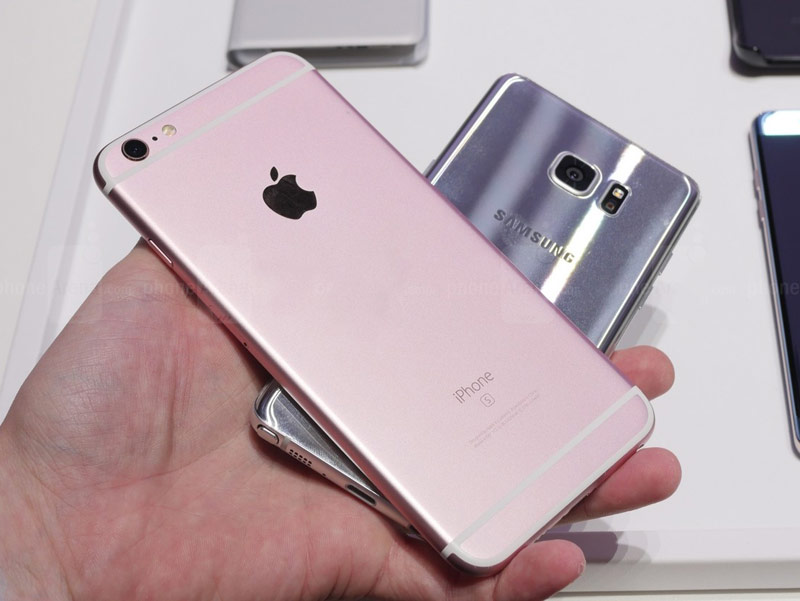 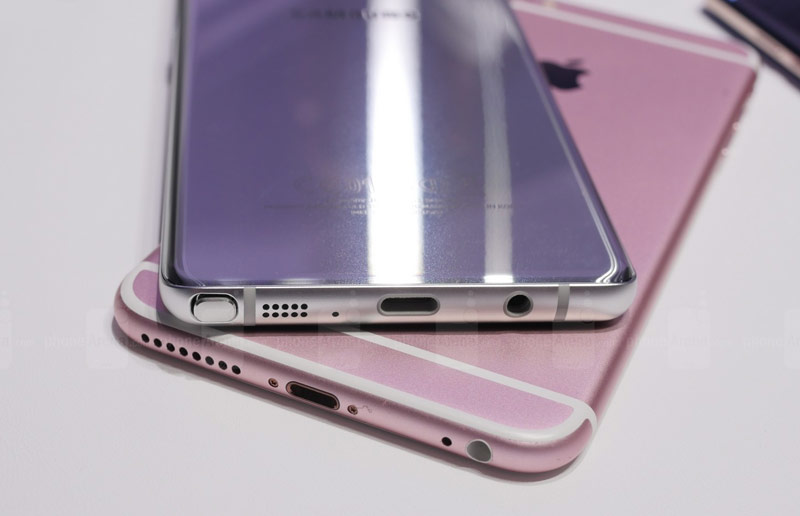 Resolution main camera of the smartphone is of 12 mega pixels. In this parameter the flagships of Apple and Samsung are at the same level. The first has a flash on the two LEDs, and Samsung smartphones for the first time use module of its own design BRITECELL. Aperture cameras iPhone 6 Plus – ƒ/2.2, the Galaxy Note 7 – ƒ/1.7 with a pixel size of respectively 1.22 µ, 1.4 µ. All smartphones support recording 4K video, claimed to support optical image stabilization. The front camera of the iPhone and Galaxy have a resolution of 5 megapixels. 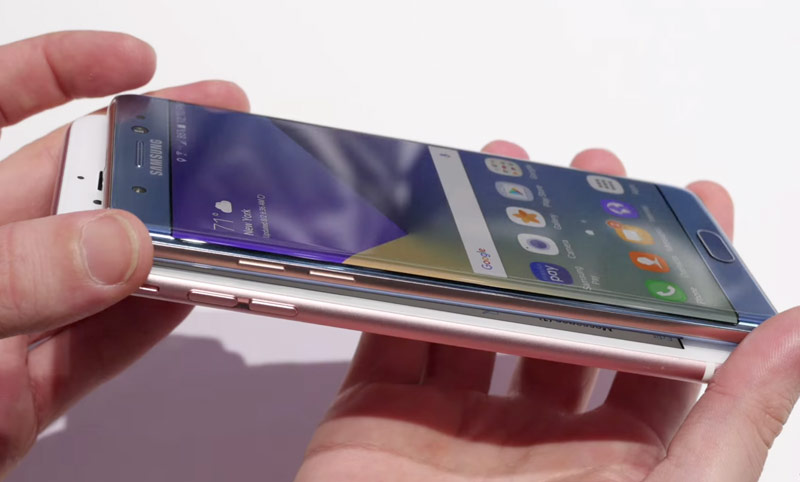 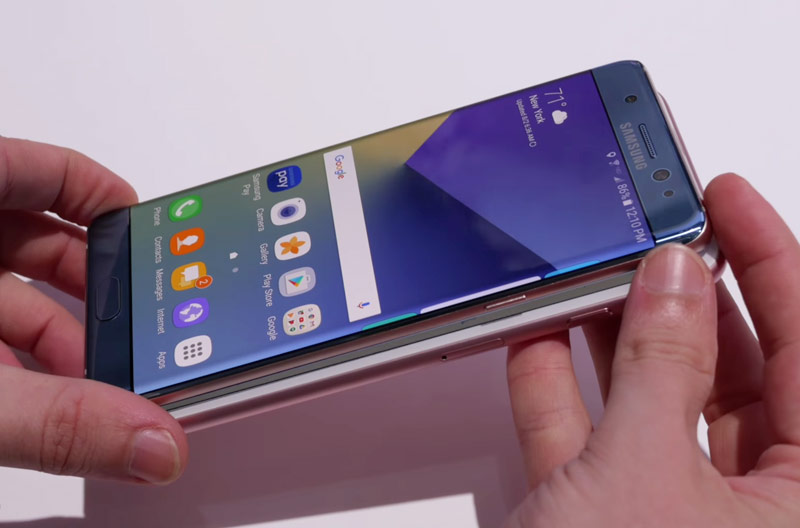 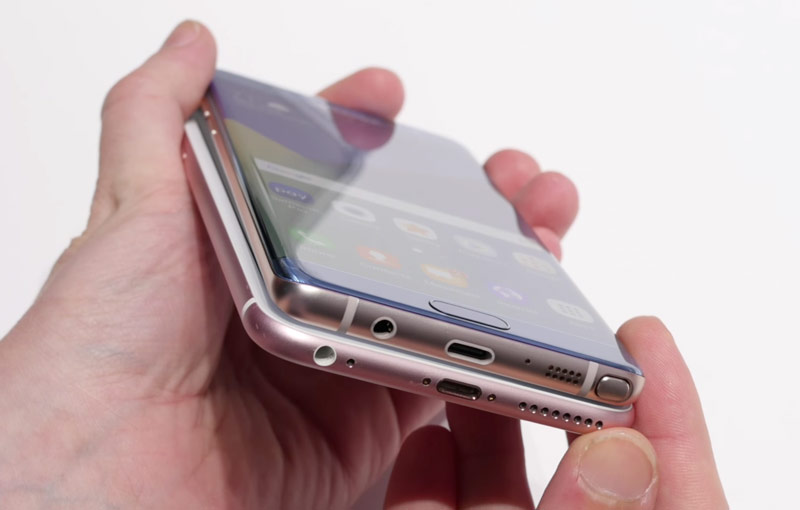 As for performance, the flagship of Apple is equipped with a powerful dual-core a chip Apple A9. Samsung smartphones depending on the region received as SoC framework either 4-core Snapdragon processor 821, or 8-core Exynos own production company. The Galaxy Note 7 it has 4 GB of RAM, the iPhone 6s Plus with 2 GB. The Samsung product due to the thicker case more battery capacity – 3500 mAh iPhone 6 Plus battery at 2750 mAh. 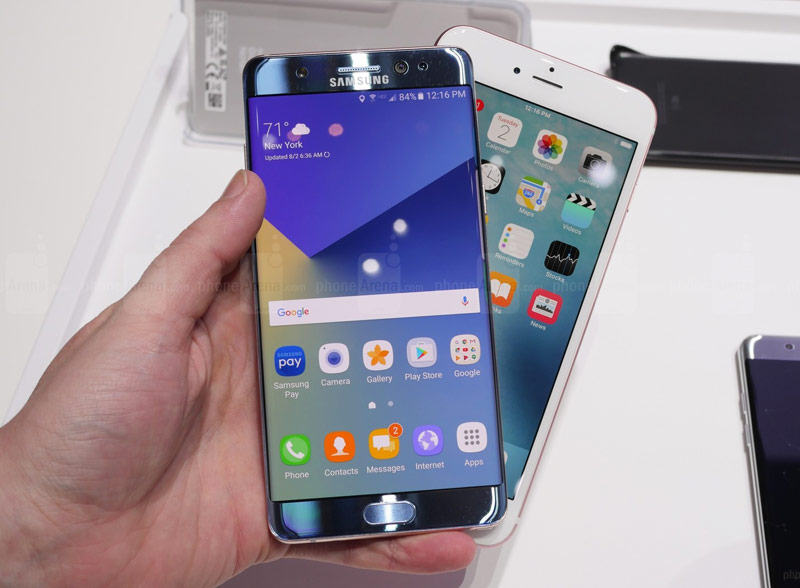 Among the important features of the new Samsung is the presence of built-in S Pen stylus. It is protected from moisture and dust and recognizes 4096 degrees of pressing on the screen. At the presentation one of the most original elements of the stylus became a translator. Simply activate this option and when you hover the stylus on any word in the text on the screen immediately POPs up the translation. Samsung also introduced the ability to create animated gifs from the screen.

Another “trick” Galaxy Note 7 – used to unlock the smartphone the retinal scanner. How stable it will work and how convenient they will be to use, hard to say, but this decision certainly caught the attention of the public.