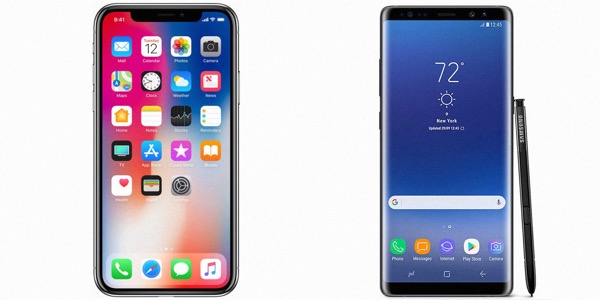 The new product from the Koreans mounted 6.4-inch Super AMOLED curved display and a resolution of 1440 2960 points. And without bangs that today can be considered a particular achievement, because even Google is not able to do without this controversial item.

The iPhone X has a 5.8-inch OLED-display from Samsung with a resolution of 2436 at 1125. It should be noted that Apple is cunning and specifies the screen size with a resolution excluding the bangs, and she incidentally often obscures the content.

Here the victory is definitely for Samsung. If you do not overdo it with saturation, the larger screen coupled with the lack of ubiquitous bangs clearly looks better than most of its competitors, including Apple.

On the rear panel of the Galaxy Note 9 has two 12-megapixel camera with an aperture that changes size depending on the lighting. Stabilization, fast focus. All as in all. IPhone X the same two 12-megapixel module, but without a physical shutter aperture.

There are no real pictures to speak about the quality of the frames is meaningless. Nevertheless, all these trendy innovations from the Koreans did not help Galaxy S9 to be the best cameraphone. Smartphone removes bad, completely unable to cope with portrait mode and smears in the dark. Both smartphones are lagging behind the Pixel 2 and Huawei P20 Pro and draw conclusions need to be closer to the end of the year when its flagship will represent Google and Apple. 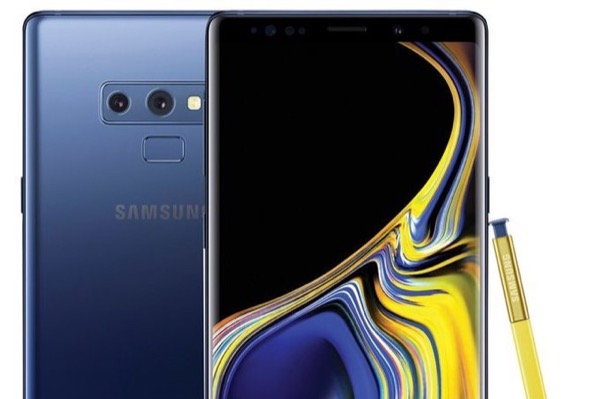 To Galaxy Note 9 enlists an Arsenal of methods of unlocking and authentication device. Password, pattern, fingerprint scanner and signature recognition system. Apparently, the same as in the Galaxy S9. This combined system, scanning the face and retina of the eye depending on the ambient light where you use the device. Complex, unstable solution which requires a lot of attention from the owner of the device. Besides, less safe (with a person still can not authorize payments via Samsung Pay).

The iPhone X has only Face ID that solves all problems. Safe, quick and convenient.

This is not to deny that having a choice is good. Here parity.

From the stage, where the conference was held by Samsung, the representatives of the Corporation boasted that their device has a large battery pack with a volume of 4000 mAh. Apparently, the criticism of the past generation Note went to the Koreans for the benefit of those undertook the head. But do not forget about the hideous software Samsung, which destroyed not one device its instability and voracity. Therefore, the effectiveness of the battery will be only after real testing. Galaxy Galaxy S9 and S9 Plus in testing of autonomy failed miserably, so don’t expect a miracle this time.

The iPhone X has a battery with a volume 2716 mAh. Not the best indicator Apple. While the top ten is possible without problems to survive the working day with the perfect software. 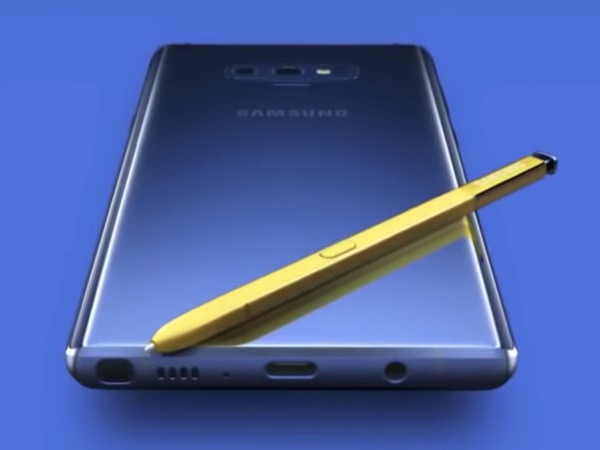 Another impressive option is announced from the stage of the Samsung Unpacked. Galaxy Note 9 has 128 or 512 GB of memory and supports memory cards up to 512GB. If desired, the user can get a smartphone with a flash drive of 1 TB. With this store you can forget about the cloud.

It’s pretty bad. Apple lifted the bar, putting his flagship for$ 999, and Samsung went the same way. The flagship 128 GB of memory will cost 999$, and the model with 512 GB as much as 1250$. Probably, the Corporation will give a lot of gifts that someone came into the store to buy it. However, the Koreans have always done. 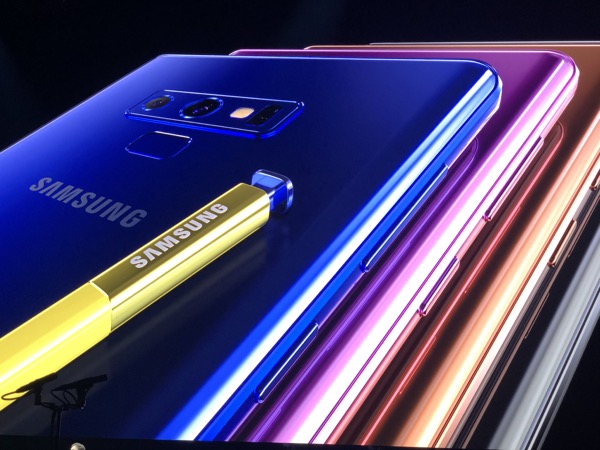 Brand a distinctive feature of Galaxy Note is the stylus. Perhaps this is the only smartphone, which it still is. And he’s cool. For those who writes a lot – it’s really worthwhile advantage. This year he has become even more functional. Now it connects to the smartphone via Bluetooth and allows you to control music playback and some other functions.

Also there remained a 3.5-millimeter headphone Jack. Yes, this is an exclusive feature, as almost all flagships have already got rid of that connector. And if the person is not willing to part with their expensive wired headphones, you can pay attention to Samsung.

DeX supported platform to connect your smartphone to a special docking station that turns it into a full-fledged computer.

Well, included with the device is the exclusive skin for the game Fortnite. What more could you want when buying top-end flagship?

iPhone X this plan is much more modest. This is a classic smartphone, which has always lagged behind competitors in terms of implementing any earth-shattering technology or even quite mundane kind of protection from water. Exclusive iPhone is iOS.

Because of the abundance of high-profile names and any additional functions of the Samsung smartphone always look more attractive to buyers. A lot of chips, stylus, bright display, beautiful figures on the box with the characteristics and so on. The fact that it will work well only the first week no one cares. The fact that the modern smartphone of the Koreans gets the updates a few years later too. This is a cool gadget that will amaze the first month. Until the time of the presentation of the Apple.