Samsung has decided to continue its controversial advertising campaign

Samsung has already released a few videos that tries to make fun of the iPhone, but did not stop. 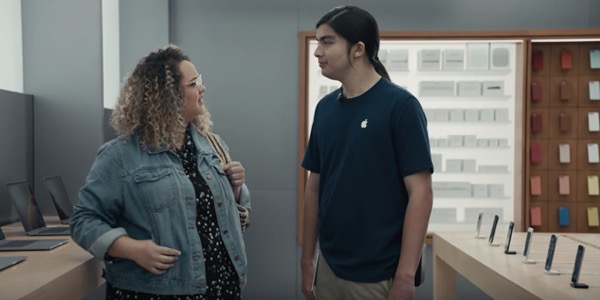 As usual, the action of advertising takes place in a fake Apple Store, where users turn to consultants to learn more about the functional advantages of certain devices Corporation compared to the Samsung products.

In the first clip, a woman addresses one of the Apple employee Store and spravshivaet than Apple Pencil different from the S Pen. The employee immediately says that Apple Pencil only works with the iPad. After the woman trying to figure out what to use with a smartphone. What the consultant after a short pause says, “your finger?”. Brilliant.

In the second video a man comes to a counselor and says that its brand new Galaxy Note 9 truly powerful. Apple employee Store is not lost and says that the real power is in the possibility to unlock the device face. The man says that his smartphone can. Fictional specialist Apple Store is not giving up and claims that iOS 12, you can simultaneously chat in FaceTime with 32 people. On the visitor in perplexing answers – “why do I need to call so many people at the same time?”. This movie stops.

This is not the first Samsung work like that. In the past month, the Corporation released these strange and unfunny videos. How they work is unknown, but most likely, they diskreditiert company, and users will simply lose all respect.