Samsung has established in Moscow the largest in Europe, the advertising of Galaxy S7 edge [video]

Wanting to attract the attention of Russians to their flagships and Galaxy S7 Galaxy S7 edge, Samsung has established in Moscow the giant advertising led sign. It is the largest advertising format Samsung in Europe. 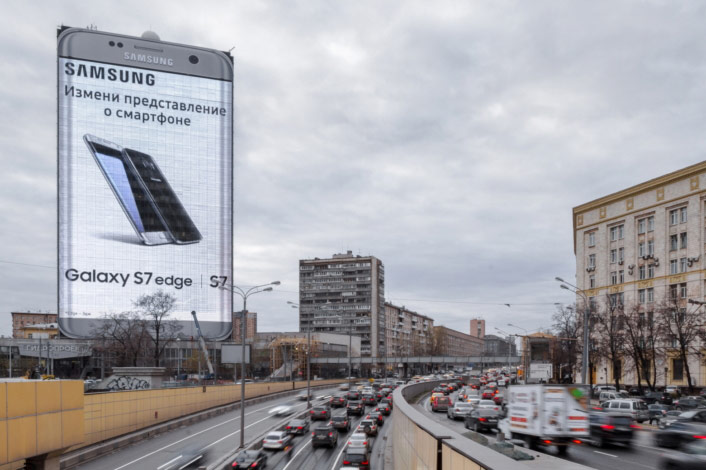 Advertising South Korean flagship is in the area of metro station “Sokol” in the capital and is made in the form of a huge Galaxy S7 edge, on the screen which the broadcast features of the device. LED sign with a height of 80 m and a width of 40 m is installed on the side of the building “the Hydroproject” on crossing of Volokolamsk and Leningrad highway. 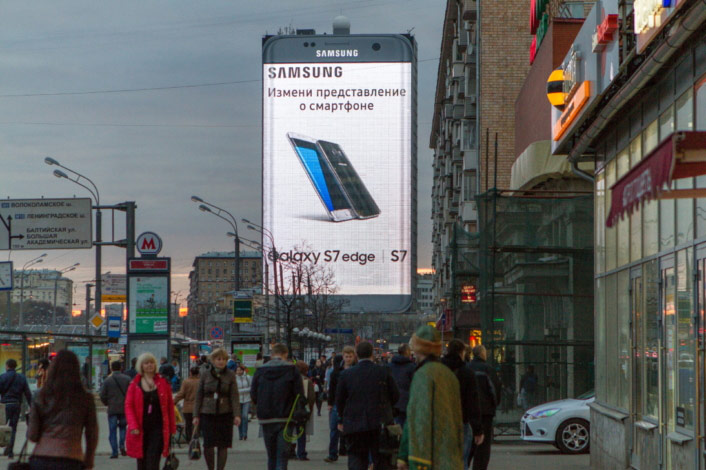 This is the biggest promotion of Galaxy S7 Edge in Europe, is marked on the Samsung website. Daily on this busy road, connecting Moscow city centre with Sheremetyevo airport, passing and about 800 000 people and they all, on the idea of marketing should pay attention to Galaxy S7 Edge. According to Samsung, the banner can be seen from a distance of 2.2 kilometer.

Samsung has released a video in which the giant Galaxy S7 edge off the drone in the evening and at night. The side view is not created the best impression about the thickness of a smartphone, but in Seoul, it seems, bet on it and don’t.