Samsung has introduced an analogue wireless headphone for Apple iPhone 7

Starting with the iPhone 7 mobile Apple devices will not support standard headphones with a 3.5 mm audio Jack: the company is preparing the industry to a new reality with digital sound and wireless devices. Rumors say that in Cupertino are preparing a corporate model of in-ear headphones, between which there is no wired connection. Samsung did not wait for the release of iPhone 7 with a new headset and was offered a similar accessory before . 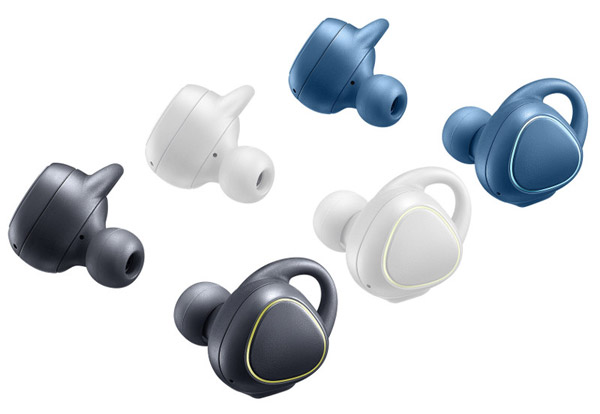 At Computex 2016 were presented wireless headset called the Samsung Gear IconX. In addition to its direct responsibilities, the novelty can act as an independent audio player and keep track of these fitness parameters. The manufacturer has equipped the device with 4 GB of flash memory, allowing you to save on your device up to 1000 songs. 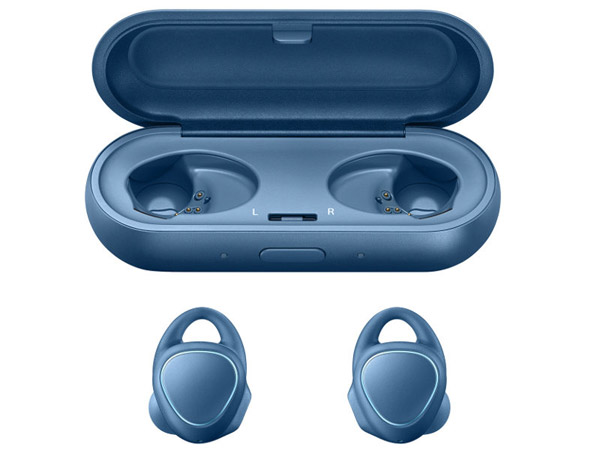 In the music mode with built-in hard drive while working Samsung Gear IconX will be about 3.5 hours, if you stream it via Bluetooth from a smartphone, the operating time will be reduced to 1.5 hours. 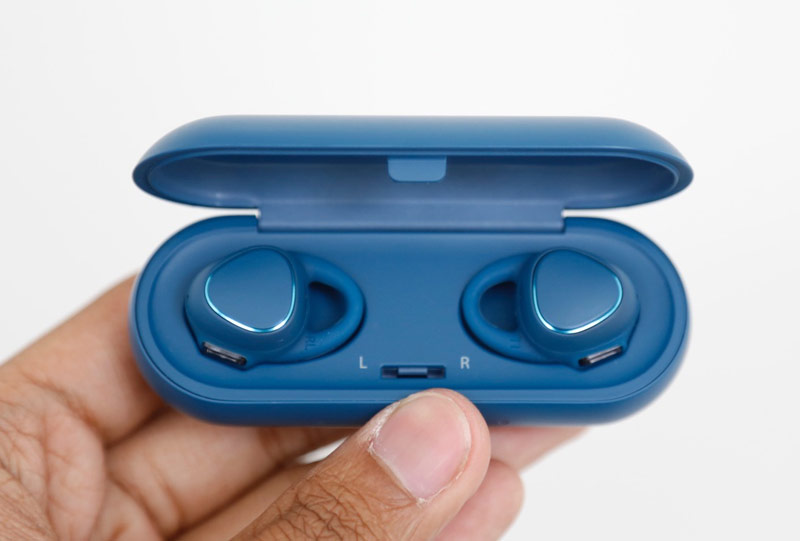 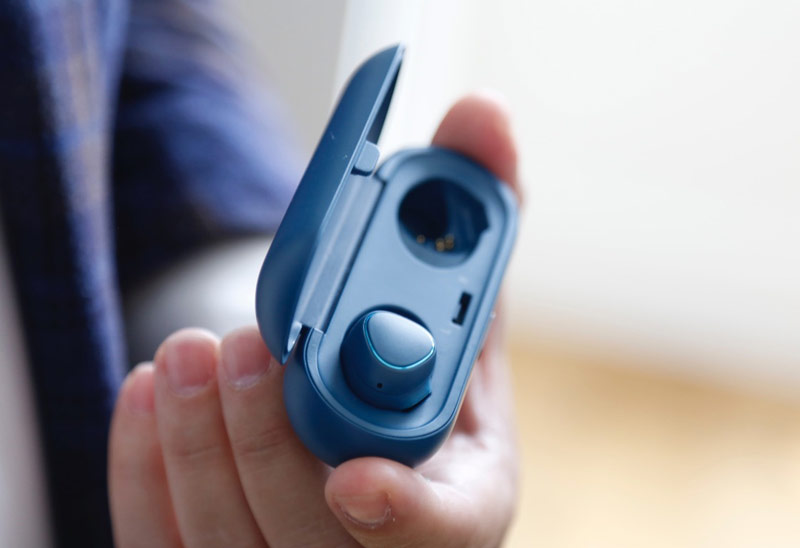 As already mentioned, the Samsung Gear IconX can execute not only the role of wireless headphones, they also come with several features of fitness trackers and can transfer data to the connected phone.

Gear IconX equipped with an accelerometer, heart rate monitor and a touch panel. The device reads the data about heart rate, distance, speed, calories and time. These data can be transmitted to the user in the ears using a voice assistant without a smartphone. Also voice assistant will tell you when to increase the pace of training for more effective workouts. 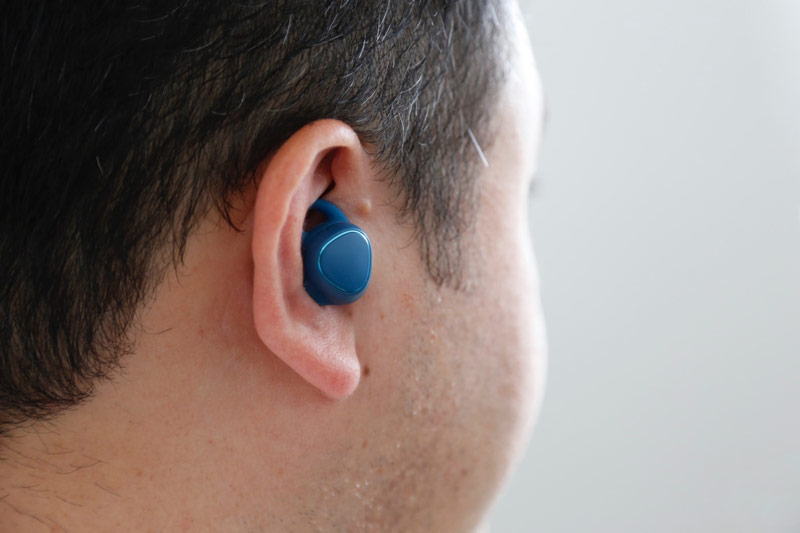 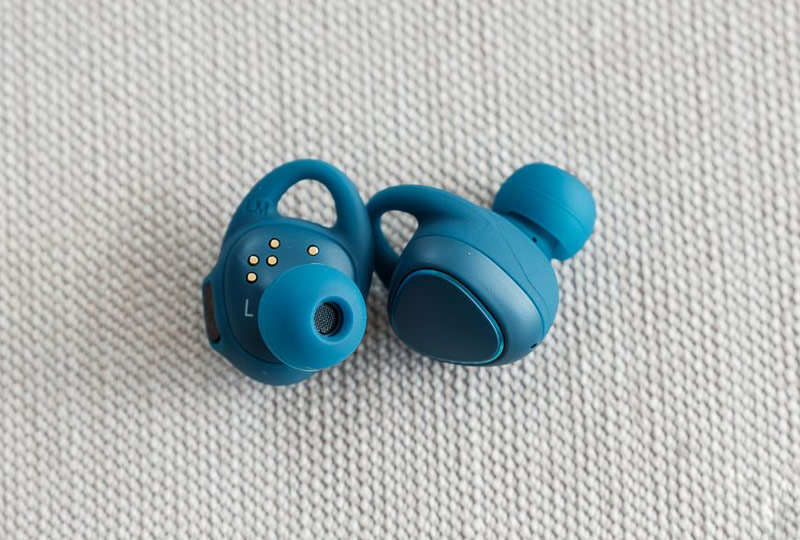 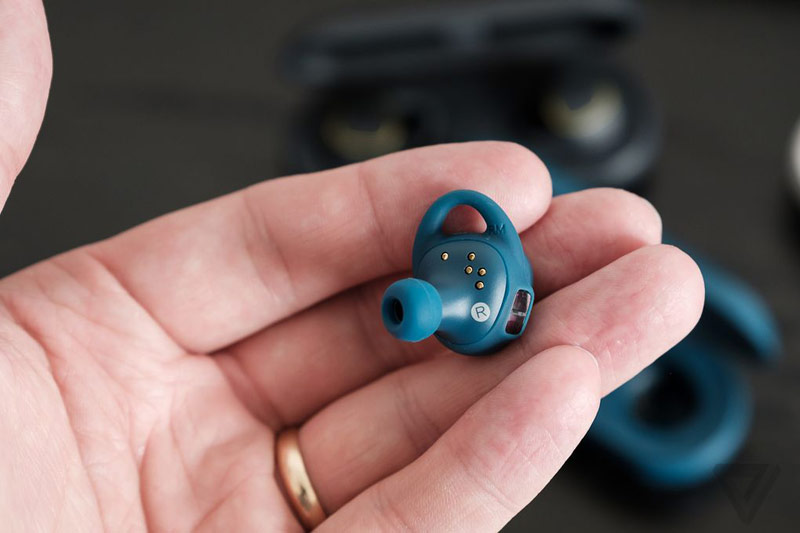 Battery Samsung Gear IconX has a capacity of 47 mAh. The device comes with a compact charging case with a private 315 mAh battery and allows to recharge headphones on the road.

As for Apple earphone, it is known that they lack not only wires, but connectors for charging. To charge the device will need a wireless connection. The headphones will be equipped with a miniature case, which in combination is a portable charging station. The battery life of the headphones will be slightly more than 4 hours, and station-keys will allow you to fully charge each earpiece a few times. 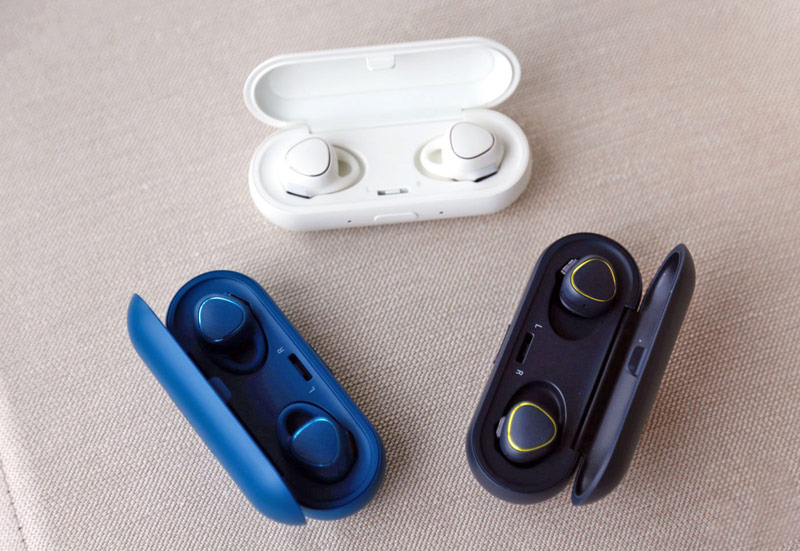 Samsung Gear IconX will go on sale in the third quarter of this year and will be available in black, blue and white colors. The cost of the device is not yet known.