Samsung has launched in Russia trade-in: turn in your old iPhone and get a discount on the Galaxy S8

Samsung has launched in Russia the trade-in program, in which iPhone owners can exchange their old smartphones to the flagship Galaxy S8 with an additional charge. The promotion is valid from 1 to 30 June 2017. 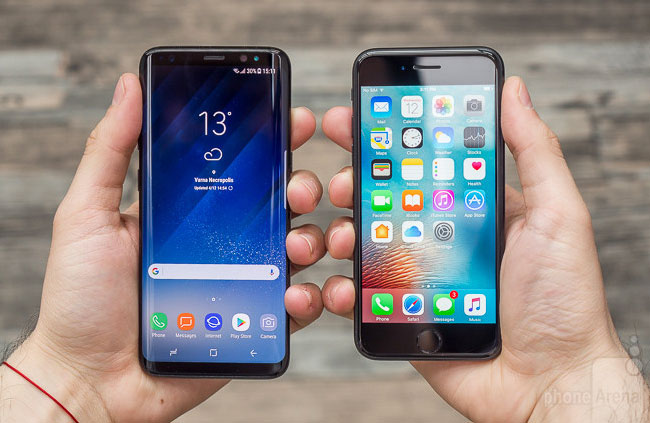 Under the terms of the action, if the user expresses a desire to get a new smartphone South Korean discount for the old “Apple” device will be up to 27 000. Want to save money can instead Galaxy S8 select Galaxy S7, Galaxy S7 or edge.

The discount for the Galaxy:

On the Samsung website lists the stores where you can take the old iPhone and received a coupon certificate. 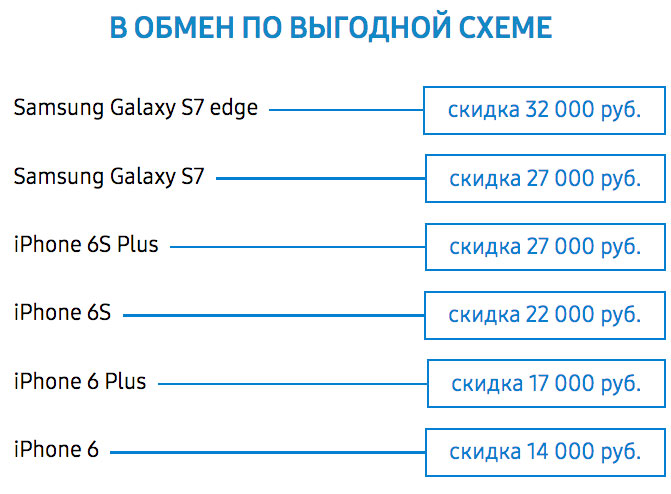 Such initiatives are part of Samsung’s strategy to maintain and increase market share amid strong competition from Apple. The rules of the company indicates that this promotional campaign is aimed at the promotion of the smartphone Galaxy S8, S8, Galaxy+, Galaxy S7, Galaxy S7 edge in the colors of “black diamond, “mystic amethyst, yellow Topaz”, “titanium Silver” and “Rose gold”.