This week Apple, along with other novelties introduced the “smart” speaker system HomePod with Siri support. As it became known, South Korean Samsung is thinking about developing a similar device but based on the voice assistant Bixby.

Last year, Amazon has sold over 5 million smart acoustic systems of family Echo. In fact, the company created this market and it is still the leader. But Apple is ready to press leader with a proprietary smart HomePod column. However, it is primarily marketed as audio, and then in the form of home assistant.

HomePod clad in a cylindrical body resembling a workstation Mac Pro, and equipped with seven speakers, microphone and subwoofer. Thanks to the built-in Apple A8 processor it can not only play music but also to answer questions, execute commands, and manage all compatible with Apple HomeKit devices in the home. This provides support for voice assistant Siri. 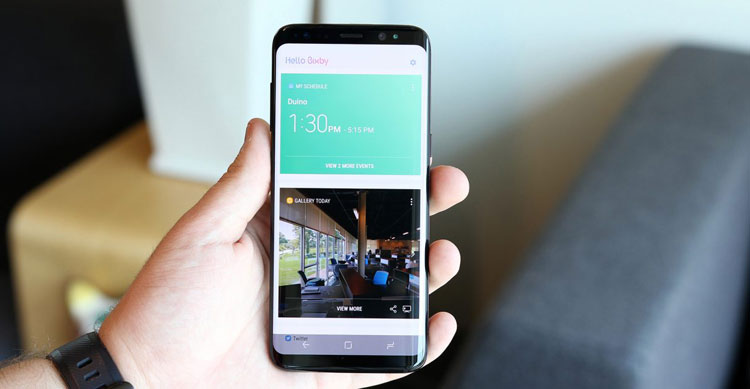 Samsung decided to compete with the “Apple” giant, releasing its own speaker system. According KoreaHerald, in Seoul intend to use your virtual assistant Bixby to build the smart column.

Unfortunately, details about the product a bit. One can only assume that Samsung uses the technology owned by her company Harman to give your device quality sound.