During the presentation of the flagship planshetofona Galaxy Note7 Samsung potrollit Apple, which decided to abandon the audio in its smartphones. According to rumors, the iPhone 7 will not have a plug for headphones. 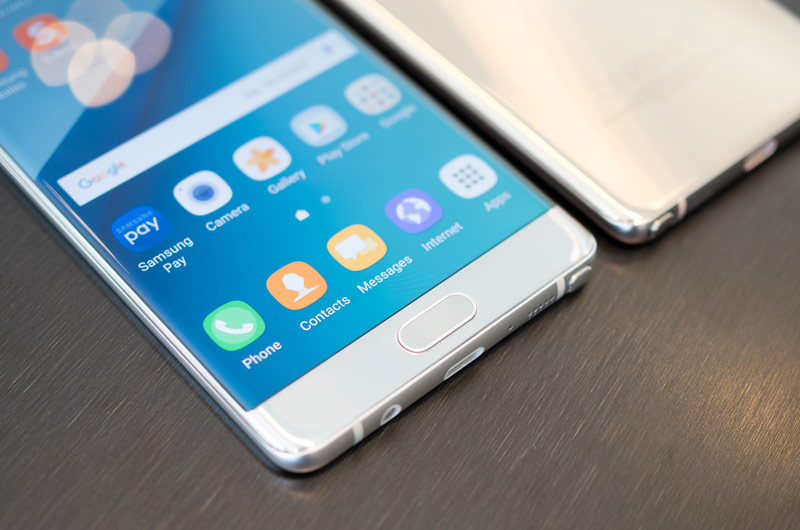 Speaking at the event in new York, Vice President of marketing Justin Denison pointed out that the new Galaxy Note7 will be equipped with an audio input Jack.

“You know, what else does he have? – said a top Manager. “Audio Jack. I just said”, he added with a smirk to the laughter of the audience.

Denison did not mention Apple, but it is obvious that the review is aimed at the Cupertino-based company, which plans to abandon the 3.5 mm headphone audiothese. A Samsung spokesperson also pointed out edge-to-edge Super AMOLED display with a resolution of 2560 x 1440 pixels, water resistant, and support for microSD cards – those features not on the iPhone.

Presentation Galaxy Note7 took place a month before the expected announcement of the iPhone 7 and iPhone 7 Plus. None of these smartphones will not receive a connector for a headphone. Of course, this has nothing to do with the thickness of smartphones. If you turn the iPhone and look at its bottom face, you can see how much thinner you can make the case, while retaining audiojack. Pick up an iPod touch, and you will realize how much thinner the iPhone 6s even with the current 3.5-inch headphone Jack.

Here’s the other thing. First, the audio takes place inside the body. This is the space that could potentially be used for other items such as engine Taptic Engine, or to reduce the frames around the display. Second, a 3.5 mm analog audio Jack for headphones is out of date. During its existence it has mastered only basic playback controls, like pause and rewind and began working not only with headphones, but with microphones, magnetic card readers and some other accessories.

Historically, that any “alien” interface in Apple products is at risk. The company frequently receives uncompromising when it comes to obsolete technologies. It easily passes to the new standards encourage manufacturers to abandon the old periphery and push to the active introduction of innovative developments.

We have already witnessed similar transitions in the past. In 2012, Apple abandoned the 30-pin connector in favor of Lightning. Then the owners of the older models had some difficulties with the peripherals. Inconvenience were associated mostly with high prices on the adapters and their deficit first. Despite this, Lightning is now “native” interface for most owners of Apple technology.

The same awaits a 3.5 mm audio Jack in mobile devices. Sooner or later all manufacturers will abandon the analog output for headphones, including Samsung, which today is Troll Apple.