Despite the completion of a review of the Galaxy Note 7, the courts are still considering the claims of the owners of the flagship Samsung smartphone that requires the manufacturer compensation for the inconvenience. In particular, in a class action 2400 consumers demanded damages associated with spontaneous ignition of the Galaxy Note 7. Five smartphones owners filed separate lawsuits against Samsung, putting forward similar arguments. According to them, they suffer respiratory diseases, and suffered burns and other physical damage due to explosions Galaxy Note 7.

For his defense in court, Samsung brought in a legal firm Lee & Ko, which should justify the refusal to satisfy the claims of owners of the Galaxy Note 7.

The petition States that the 2400 consumer demand that Samsung payments of 500,000 won (about $425) each in compensation money and time spent on the return and replacement of the Galaxy Note 7. In five separate lawsuits demanded to pay 42 million won ($3 580) to compensate for the physical and psychological shock caused by the explosion of a Galaxy Note 7. 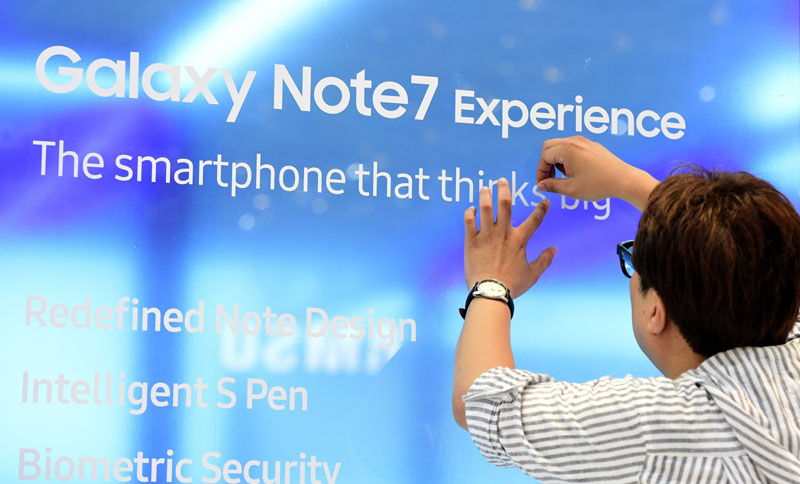 “We have given enough compensation and benefits to users of the Galaxy Note 7. Inconvenience, for which consumers require the payment, within quite portable,” reads the statement from Samsung.

In South Korea as compensation for the owners of Galaxy Note 7 was offered a coupon worth up to 100,000 won ($86) for the purchase of the mobile device, as well as the possibility of replacing in the future phablet Galaxy on S8 for half the price.

Samsung, which in July-September 2015 held 15.9% of the phone market, in terms of operating profit, lost nearly $3 billion because of the opinion Galaxy Note 7.