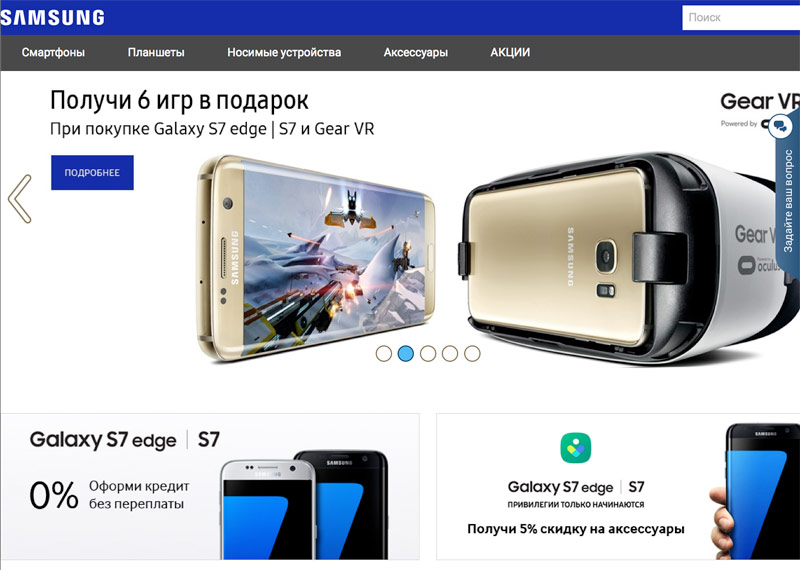 Their online store opened at the address online-samsung.ru. The company does not plan to sell on the website appliances. A new channel of sales through the year will be to bring 3% of the total volume sold in Russia, South Korean devices, the company forecast.

Samsung is now “actively working on expanding its own retail network, and opening a branded online store is an important step in this direction”, is given in the message words of the head of Samsung Mobile in Russia Arkady Count. According to him, the launch of the online store will allow you to be closer to customers”.

Orders Samsung will ship across Russia: when ordering goods for the sum from 3 000 rubles delivery is free. Otherwise it will cost 250 rubles in Moscow and St. Petersburg and 750 rubles in the region. The cost of delivery in regions of Russia is determined at the time of ordering.

Also the buyer can collect the purchased goods in one of the offline stores of the company. When buying goods online in the amount of 3 000 rubles to 500 000 rubles, the client can issue the credit, according to the website of the company. Among the partner banks — “home Credit and Finance Bank”, KB “East”, CB “Renaissance Credit” microfinance organisation, LTD “Credit Line”. For payment you can use credit cards on the website and during the delivery or cash. 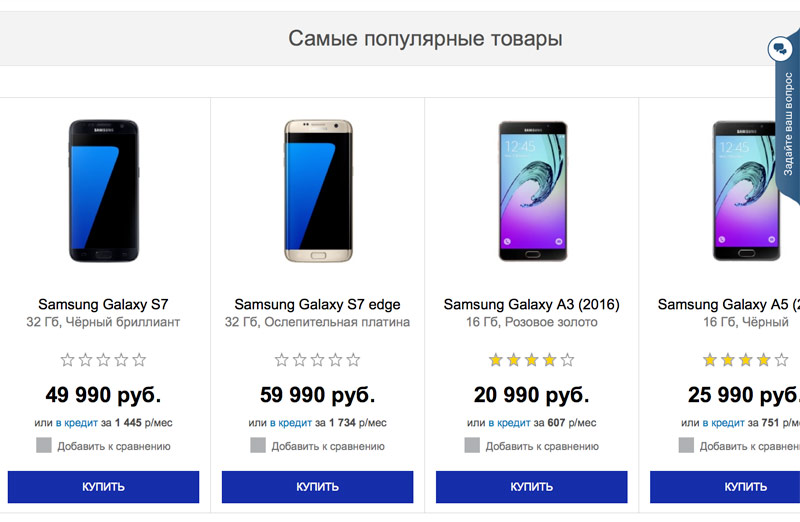 Samsung is not the only smartphone manufacturer who has opened their online store in Russia. In November 2015, your online sales channel Mstore.ru came from Microsoft. In the online store the company sells laptops, tablets under its own brand, the Lumia smartphones, Xbox gaming console, desktop, accessories and software and other products.

Lenovo has launched the online store in Russia in October 2015. This was done due to the fact that “not all models for some reason or another appeared on the Russian market”. Apple’s online store earned in our country in June 2013.