On the first day of sales hundreds of people willing to buy the iPhone 7 and iPhone 7 Plus gathered in the shopping centre. Employees authorized partner, Apple had to suspend sales due to non-compliance with the queues. 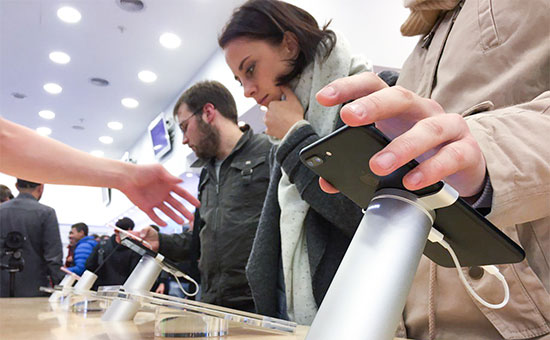 Most loyal iPhone fans standing at the doors of the main Department store of Moscow and Russia from 20:00 yesterday. Last night the buyers have organized themselves and built the list who has ceased to complete, when the number of applicants has exceeded 230, then begins living place. By eight o’clock it was already more than 300 people.

In an interview with radio station “Moscow Says” press Secretary re:Store Lyudmila Semushina explained what caused a stir after the opening of the door of the shop. According to her, in accordance with the established algorithm for the formation of the order in the morning for everyone to purchase an iPhone 7 were given bracelets with serial numbers.

“But it so happened that the GUM — very large commercial building with lots of doors. And spontaneously happened that, as all the doors were opened at 10am, there were two queues – those who queue and those who queue. And random turn of those who wants to ask something,” said Semushina.

As a result, administrators had to increase security to maintain order. 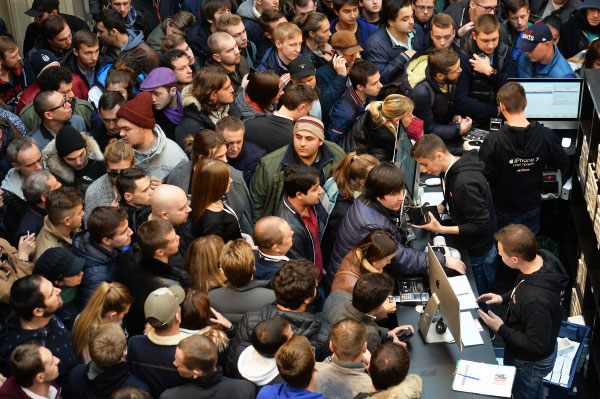 “Unfortunately, in the first half hour not all behave culturally, and wanted to comply with the civilized rules of stay in the queue. But then we have increased the number of guards and lined up all the way it was intended, according to checks”, she said.

The iPhone 7 and iPhone 7 Plus was launched on Friday, September 23. New Apple smartphones in the CDs sold out in 3 hours. The most popular among buyers were the model color “black onyx”. The price of iPhone 7 in Russia start from 57 000 rubles for the iPhone 7 Plus — almost 68 000.