Secrets of professional shooting camera double the iPhone 7 Plus

Since Apple in 2014 launched the first iPhone with a screen diagonal of 5.5 inches, Apple’s smartphone has consistently received slightly more advanced camera than the compact 4.7-inch: iPhone 6 Plus and 6s Plus differed optical stabilization. This year’s “stabilized” and the iPhone 7, but iPhone 7 Plus got two main cameras instead of one. 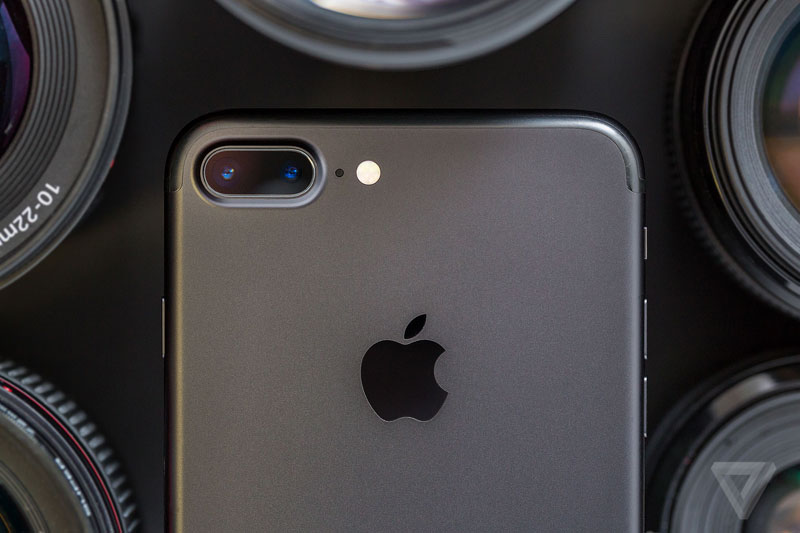 In the case of a 5.5-inch flagship Apple we are dealing with the first smartphone with a dual camera system in which a pair of the same (12 megapixel) sensor combined with different optics. One lens (situated closer to the edge of the hull) has a focal length of 28 mm and a relative aperture of f/1.8, the second (the one closer to the flash) — 56 mm, f/2.8, respectively. The first is one of the brightest smartphone lenses on the market, more aperture only recent Samsung flagships (f/1.7). For comparison, the iPhone 6s/6s Plus aperture was f/2.2, i.e., its matrix has reached a third less light than the iPhone 2016 model year.

A couple of months active use iPhone 7 Plus showed two “eyes” really are better than one. California company first implemented in the smartphone two cameras, but the iPhone 7 Plus with more confidence to say that this is not a marketing ploy, but truly useful innovation, confident in Hitech Vesti. What unique can latest phablet with iOS part of photography, and how to remove the iPhone 7 Plus to get the best possible results? 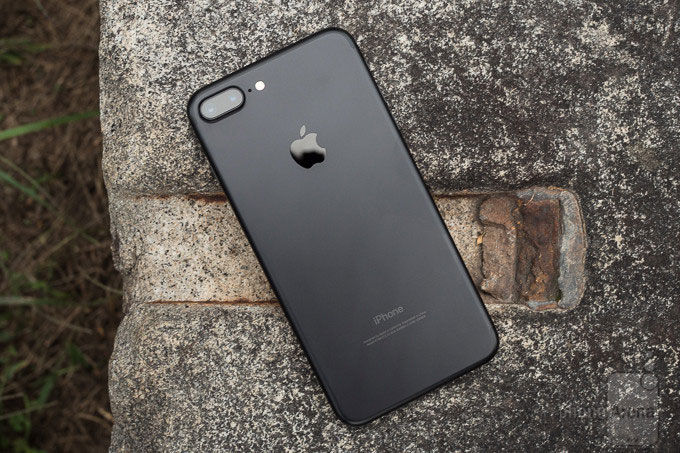 How does the zoom in the iPhone 7 Plus

Zoom — to zoom in on a picture on iPhone it was possible before, for that while shooting you need to touch the screen with your two fingers and raise them to the side. This feature in iPhone 7 Plus will not go away, but there was way more convenient. On the screen now is an indicator of the multiplicity of approach — a circle marked “1x” in the middle. Clicking on it you switch to “telephoto”: the mark will change to “2” and the image approach. Holding your finger on the circle causes the exact zoom mode, where moving your finger across the screen, you can select any zoom level from 1 to 10 in increments of 0.1. 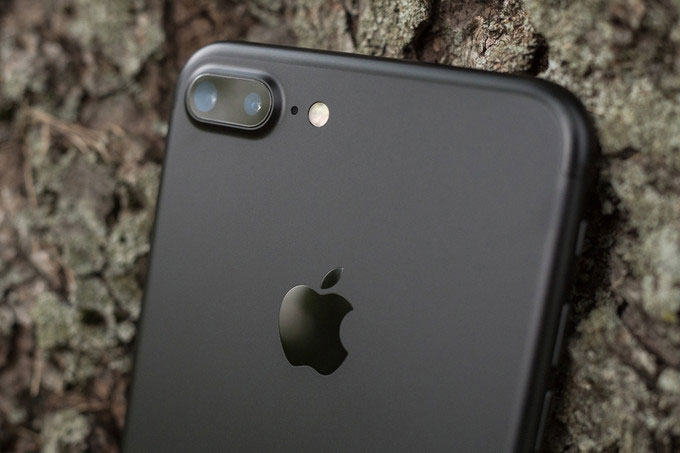 In fact, in photography, in many cases, involve both cameras iPhone 7 Plus. Even when the photo is taken at, say, a 5-fold zoom, image processor creates the final image using data from both sensors. So it is possible to achieve a higher level of detail of the picture than using only one PV panel. The approach is changing in low light or sometimes macro shots — that is, when the sensor for the “telephoto lens” achieves too little light. Therefore, the smartphone starts to work the “old way”, using only wide-angle, the faster the PV panel, in combination with digital zoom. And it turns out after the fact, when you look in the EXIF information of the captured file. 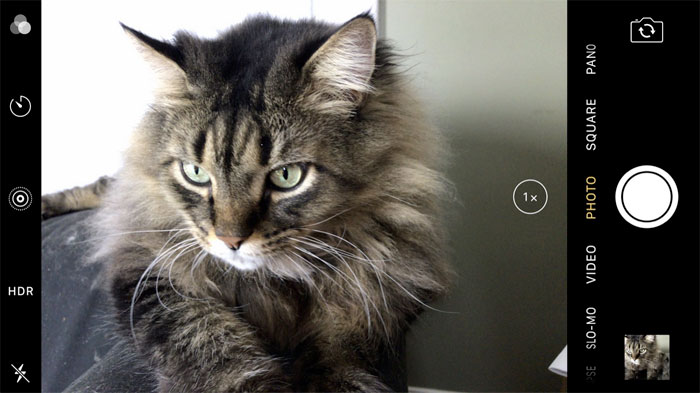 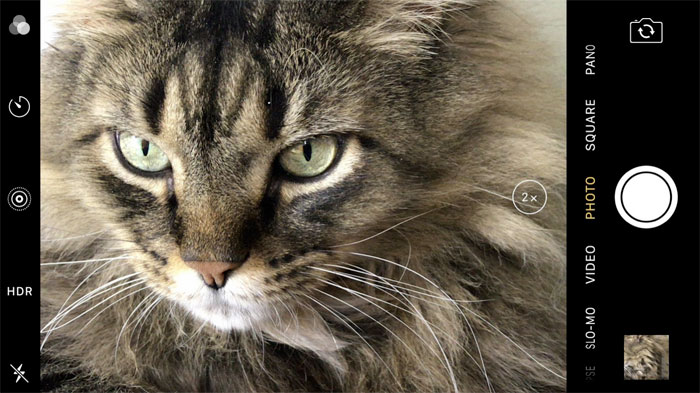 How to remove photo with bokeh effect

New shooting mode is “Portrait”, although it was announced alongside the new iPhone in early September, on iPhone 7 Plus only with the iOS 10.1 in late October. It can be enabled by launching the smartphone camera in the normal camera mode and making a swipe to the left. Mode, unlike the traditional, turned interactive. Depending on composition, distance to the subject and luminance of the screen shows the prompt: “move closer”, “move on”, “need more light”. 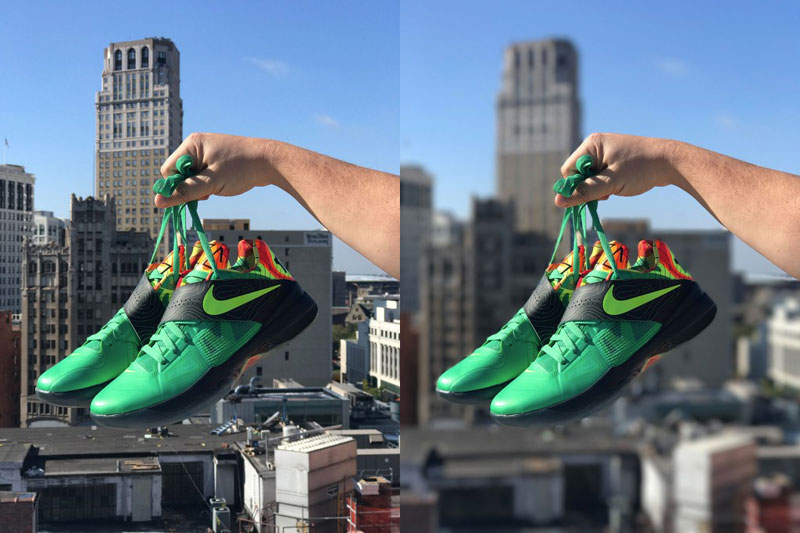 When shooting in portrait mode, the image processor in the iPhone 7 Plus maps pictures with both cameras and based on the data builds a “depth map” of the frame, getting the opportunity to separate foreground and background — the same principle works, for example, the controller Microsoft Kinect. Then to the parts that the algorithm considered the background, applies the blur effect. After that, ideally, the needs to look as if filmed in portrait or telephoto lens with a small depth of field. This effect, blurring in the frame of all unnecessary stresses to the viewer the main subject. The portraits, taken with the same effect (it is also called Bok from the Japanese Boke ボケ, “blur”, “blurred”) come more alive and emotional. 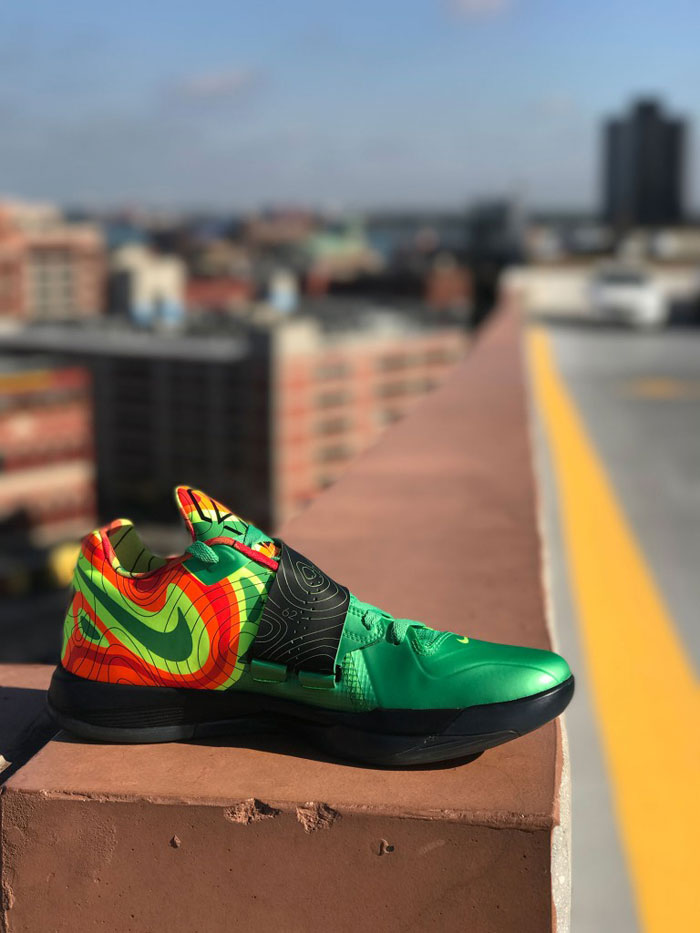 Apple has developed a new mode mainly for shooting people, but no one bothers to apply it to any frame that benefits from the separation of foreground and background, pictures of flowers or other small objects close up, for example. Although machine learning algorithms, responsible for addition of the side in the iPhone 7 Plus trained to recognize human faces, they do a good job and separation from background of other objects — most importantly, that background was the most contrast.

Another issue, which almost inevitably face when trying to shoot a portrait on the iPhone 7 Plus in the room — high requirements for light. Even during the day in a cafe, with a relatively good natural lighting from the street, the camera often Balk and gives the inscription is “needs more light”. You can try to solve the problem, borrow take pictures of the phone and illuminating the scene with a flashlight, but in General for such scenarios, the Portrait is not necessary. Restless children or animals to do hard — focus and shoot occur with a greater delay than in standard mode. Best “Portrait” works on the street in daylight. 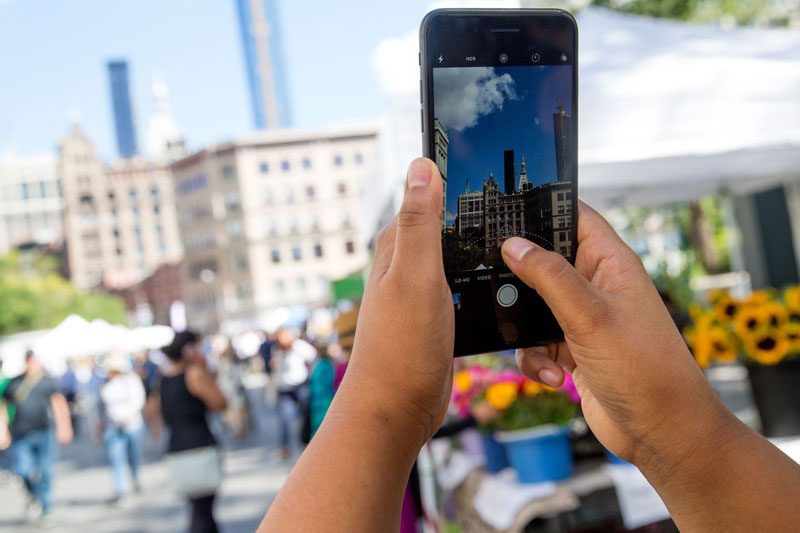 Likely to end in failure and attempt to shoot in this mode, group portrait. Typically, the mobile does not correctly handle frame, which is more than three entities. in addition, it is desirable to position the subject as far as possible from the background, and the background to choose a contrast to it as much as possible different from the main subject by color and/or light.

By default, the iPhone 7 Plus when shooting in “Portrait” saves two pictures without bokeh effect and processed. If desired, you can disable saving raw (Settings → Photos & Camera → portrait Mode → Write the original).

When in the spring of 2016 Samsung released the Galaxy S7 and S7 edge, it seemed that this was the moment of truth, the solitude of Apple in the smartphone Olympus camera came to an end. Indeed, it is not the fruit smartphones-the freak with a giant “humps” of the camera on the rear panel, squeeze something fundamentally the best available on the market of PV modules and optics can not any, even the most magical software algorithms. And in both companies brought, with some reservations (too aggressive a filter sharpness the Samsung, lifeless colors in the room with daylight from Apple), to perfection. 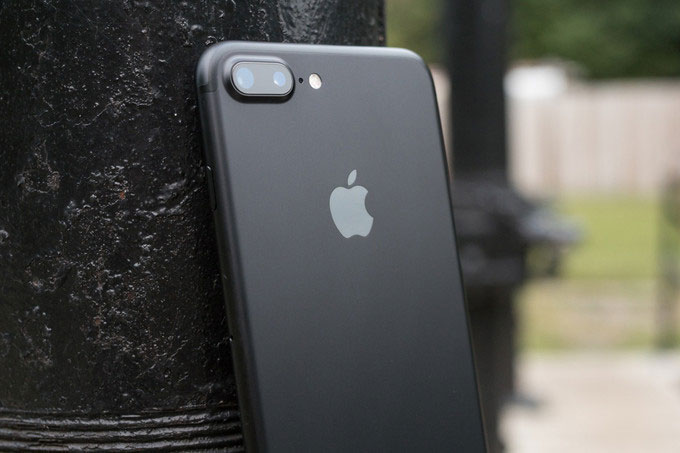 Until you have developed and started mass production of new light-sensitive matrix until you make the leap to miniaturization of optics, to expect a radical improvement in the basic capabilities of smartphones camera is not necessary. Therefore, the producers remains a “go wide” by adding new original features. And Apple with its iPhone 7 Plus it turned out perfectly. It is clear that the present beautiful bokeh, which gives a professional “portrety”, from a smartphone camera, we hardly ever wait — unless you learn to cheat the laws of physics. But not this, and how to take “portrait” images for the iPhone 7 Plus spectators. In my experience, most are pleasantly surprised by the effect, the most frequent comment: “professional photo”.

Yes, many real optical zoom that “portrait” bokeh is not necessary and for nothing photos of food or selfies on a tropical beach they will not improve. But, of course, there are those users who are willing to pay more for a smartphone camera with an expanded Arsenal of expressive artistic means. Especially if this camera fits in your pocket and is also a powerful computer.