Despite all the achievements of various expensive and slicked-back hits, occupying the App Store, mobile gaming is still associated with “three-in-a-row” puzzles, runners and other unassuming but fascinating matters. In this, in General, there is not a shred of negativity – it is foolish to argue that the phones are perfectly suited for taymkillerov and quests; the fact that they are still going GTA is nothing more than a nice addition. Therefore, when in the zone of our attention were the runner Shoot and Run, we are not disappointed – fun to kill time too, should be able. 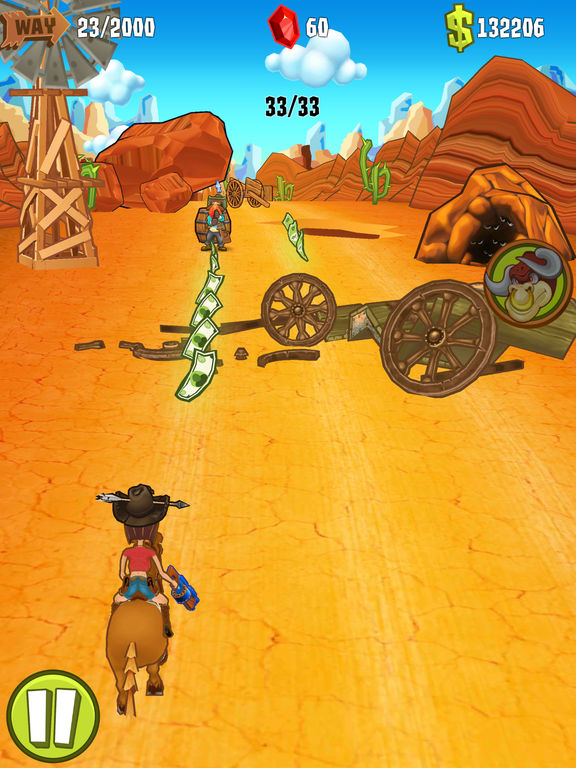 So, the disposition of forces is as follows: you have a good guy galloping on a horse. A hat with a brim, worn lewisi, a revolver in General, a real cowboy. However, cows this guy is not watching – for some reason he passionately jumps on a straight line, though in the end it is waiting for some kind of prize or something comparable; maybe it is. But here’s the problem – the path is blocked by countless and infamous wretch: the bandits with guns, someone accidentally left the stage, the cliffs, the rocks.

You, of course, attention to it zero – it is necessary to run, and very fast. Swipe to move cowboys to different “lanes highway” to dashing to escape from enemies. If not possible – we could run a finger down the guy hanging under the horse, or upwards, then going up over a ravine. 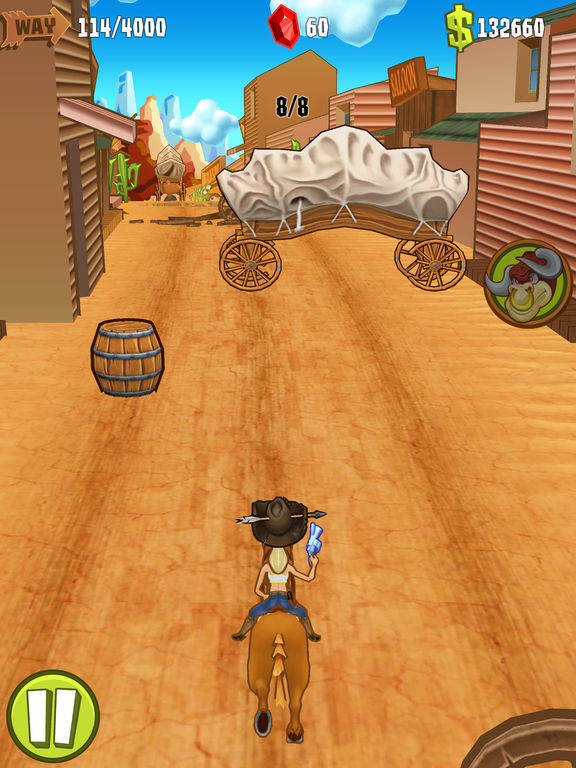 As you probably know is typical of a runner situation; but have Run and Shoot Western Game Runner and game changer. Remember about the gun? So there’s that thing in our infinite marathon actively used; without it anywhere. You can shoot at enemies in a flammable barrel (spread obstacle) and bosses. In a six-shot six rounds, but the gun recharges quickly – so don’t be afraid to miss, afraid to miss the opportunity to get!

By the way, about the bosses. In the end, so to speak, you will have to wait for some especially evil and especially armored bandit. From level to level, they are changed and someone throws dynamite, someone throws a Tomahawk. Killing them is much more difficult than regular enemies, but also more reward: formidable opponent explodes dollars that should be collected. 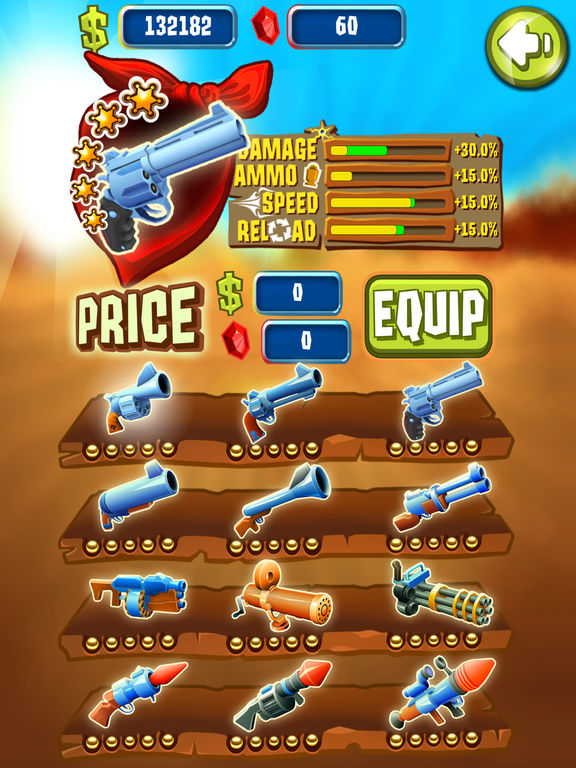 Economy Shoot and Run: Game Western Runner – a separate issue. There are two types of currencies: gems and dollars. The second drop out during the game and, in General, are abundant. The first is easy to get only for real money. The dollars needed to buy boosters, new weapons, a girl of character and other nice things. Rubies are also a useful thing – they can pay to continue the race, buy, again, the girl character and especially the elite rifle. Since Shoot and Run: Western Runner Game – the game is free, there is no problem that the red the currency is more willing to give for the transaction – however, it is possible to do without rubies. 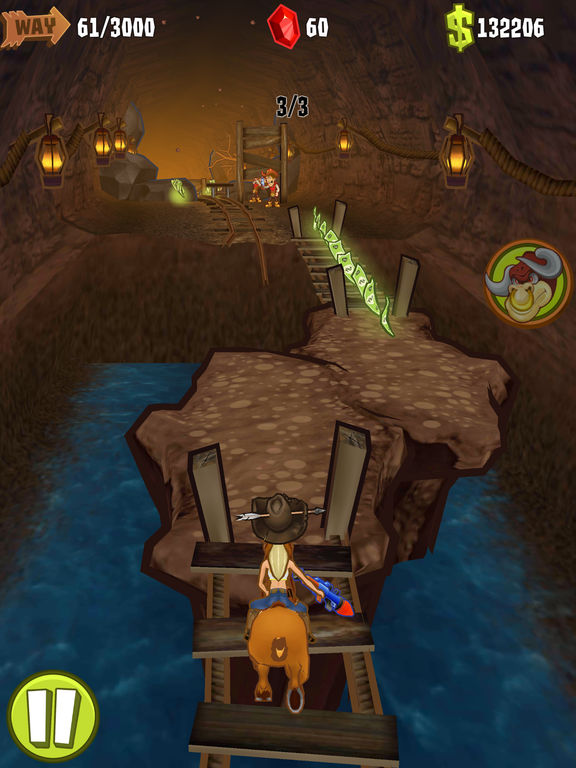 Plus a single game in that it is structurally built. You know runners: it’s an endless journey, back and forth, not connected in any way. Here otherwise – there is a mission there are difficulty levels, the bosses. In General a tangible frame available, and it’s good. Well, absolutely optional, but nice detail: the game looks exactly as it should look like a colorful, humorous Western.

Download Shoot and Run: Western Runner Game on iPhone and iPad at this link.