Should I be afraid of restored iPhone? 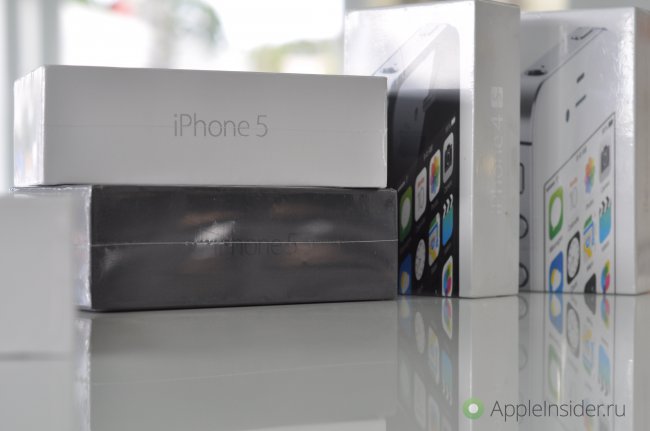 It is quite natural that when you are considering buying an iPhone for yourself or as a gift, we are looking for the most profitable offer. The current situation in the market has made it much more difficult. Many still can’t keep in mind the fact that the two-model iPhone 5s costs 35 thousand roubles. The same amount I paid for this smartphone 2 years ago, when he was the best smartphone from Apple. Search the best deals can lead you to buying a restored iPhone, and if you are considering it, you should be very careful.

Find restored iPhone store in your town is worthless. They are sold in large networks of stores and official Resellers. You will find a huge number of ads on Avito. Even Yandex Market — the platform on which it is prohibited to place used products filled with suggestions restored iPhone. And nothing wrong in buying such a smartphone would not be, if they were restored by Apple, but it’s not. There is much less known organizations that are willing to restore and sell the iPhone. Their products is not what you want to buy.

The main difference official restored those restored iPhone from smartphones, which can be ordered from China, lies in accessories. Restored iPhone is a smartphone with new case, new screen, new battery and other components, and uses only Apple original parts. Restored in China, the smartphone is the fee to be fully dressed in a cheap aftermarket housing, and covered with the same unoriginal display.

Another important difference lies in responsibility. If Apple can’t lose face and sell you a large number of defective devices, a master from China instead of checking the quality of their work better at the same time collect two more iPhone. Now I will talk about this a little more, and you will learn what should be in the first place to look for when buying.

Where you are going to buy an iPhone?

Want to buy an iPhone, and the price seemed tempting to you? Who offers you this price? Most likely in the stores, “Svyaznoy”, “M. Video” or one of the official Resellers of Apple you buy either a brand new iPhone, official iPhone restored. The price tag may pose the inscription “as new”, designed not to frighten the buyers with the word “restored,” or, even worse, the phrase “pre-owned”. In other words, to trust the big retail chains can. They, like Apple, will try not to strike in a dirt the person.

If you plan on buying an iPhone in the store with the “gray” technique, a thrift store, or if you just find an iPhone at a good price on Avito, you should be extremely careful. You can’t just sell restored the iPhone in China, which will be in a neatly sealed box. Some sellers may simply not mention that he restored, and sell it under the guise of the new. About how the new iPhone, restored iPhone and restored iPhone informal, we will discuss below. 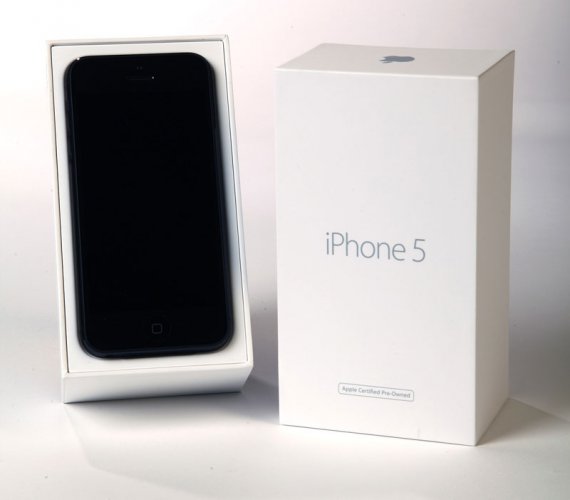 Restored the official iPhone sold in white boxes with no image of the smartphone. All that in them is, is the model name of the device, e.g. “iPhone 5s”, and the words “Apple Certified Pre-Owned”, confirming the fact that the inside is not a new device, and restored by Apple.

Unofficial restored iPhone is also sold in sealed boxes, and these boxes are an exact copy of the packaging of a new iPhone. No information about what the device is restored, you on the packaging you will not find. Experienced staff will be able to understand that the packaging is non-original quality ink and fonts, but even the serial number of the device is likely to be the same as that marked on the package. This skillful masters do not spare time and effort. 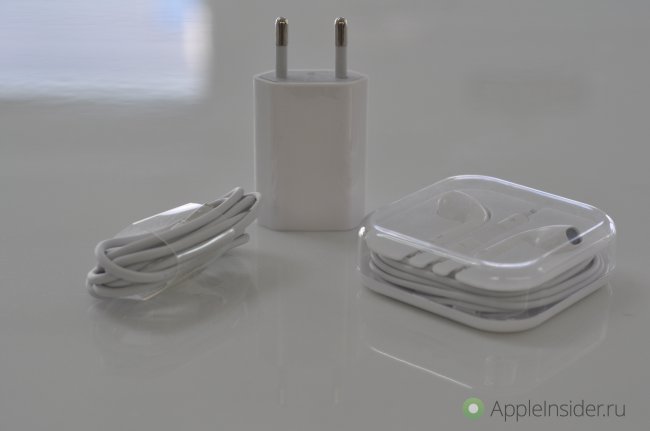 In the box with the new iPhone and restored iPhone official you will find original headphones, charger and charging cable. We all know how good the EarPods, how long and with careful use can serve as an original charger. 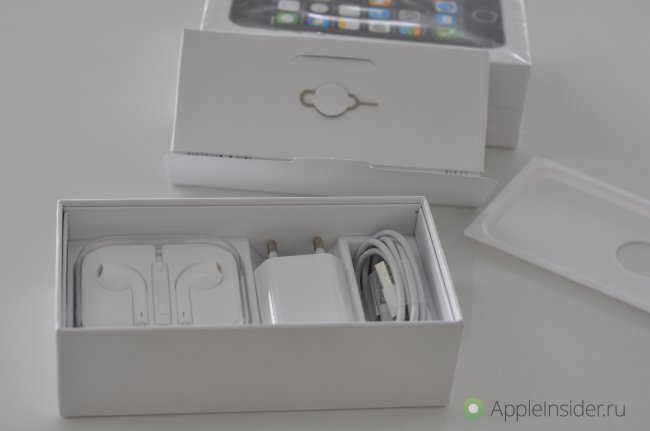 When you open the box with the restored iPhone from China, you will see all the same thing, but it only looks the same. The kit includes a copy of the most cheap headphones, and exactly the same non-original charger. From my experience I can say that more than half complete chargers don’t work and others fail within the first two weeks, or just fall apart in your hands when you first try to use them. Of course you will receive a key to remove the SIM card, not made of “liquid metal”, but the sticker with the apples you most likely will not get.

As I wrote above, to restore the iPhone, Apple only uses original components, which means neither externally nor by touch, nor any other official of the restored iPhone is no different from the brand-new. He really is “as new”. Bought a smartphone? Use with pleasure and know that it was a good buy. 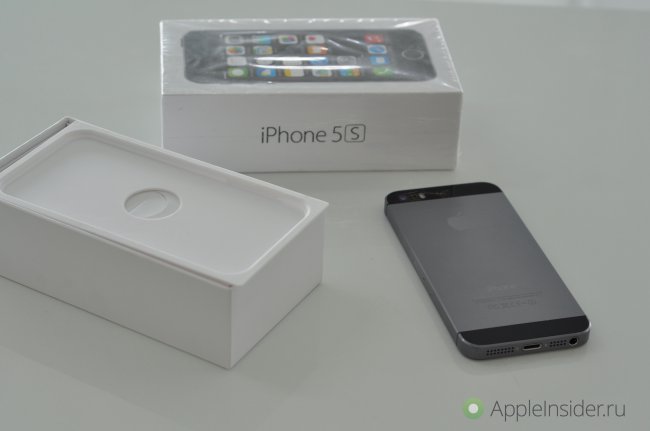 With the unofficial restored iPhone it’s worse. Out of the box you get smartphone, which is assembled from aftermarket parts. Despite the fact that the IMEI of the device carefully engraved on the case, an experienced worker or the shop service center will distinguish non-original body to the touch and with eyes closed. Less experienced user much more difficult, and he may not be suspected, although in fact, even the font used on the back of the device says the word “iPhone” is different. 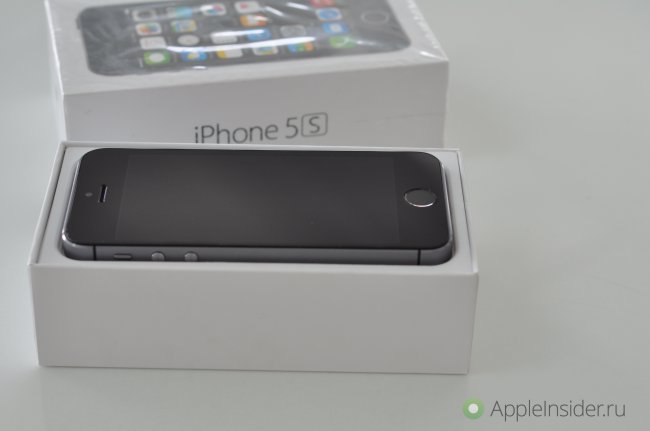 Non-original case perfectly complemented by non-original screen. Front camera can be removed, the holes for the sensors on glass can be very conspicuous purple color, and of course, no one promises you the original colors and brightness. Also pay attention to the connectors and bolts. Everything is assembled in China, and developed there, not in California. As used spare parts of poor quality, they are more prone to wear and tear. Paint from the body quickly will wear off and the glass will slap and scratch, it has completely different qualities compared to the original.

But the worst is inside 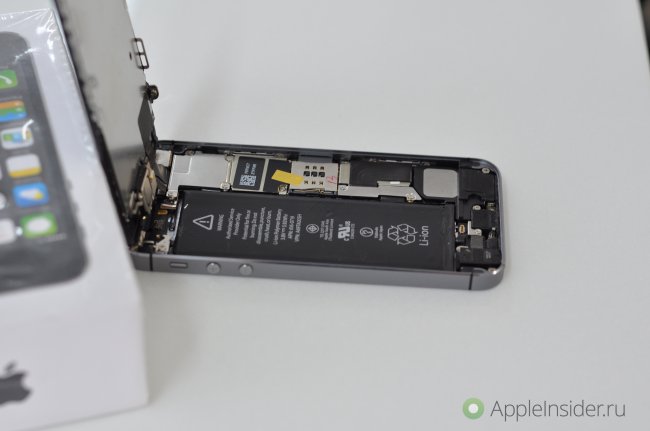 I admire the skill of the Chinese craftsmen that restore the phone. The speed at which they work reminds experienced chefs who from morning till evening preparing a kebab. Unfortunately, in the first case their haste comes at the expense of quality. It seems that the wizard really is faster and easier to replace the smartphone has all the components than to understand what doesn’t work. And as I wrote above, instead of checking its work, the wizard would rather restore a couple more iPhone. Because of this, to look inside the unofficial restored iPhone is really scary. 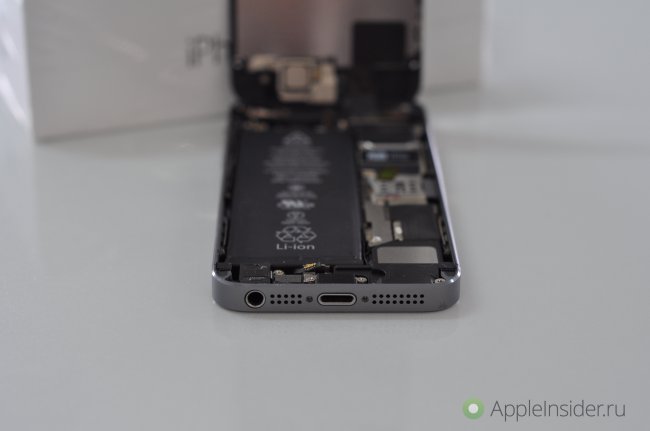 Seen amazing pictures. Taking apart the iPhone, which on the outside looks brand new, just don’t expect to see the Board and components which are hidden under a layer of rust. Well, if they are generally all over the place. Inside unofficial restored iPhone can be a significantly less detail than was originally provided. 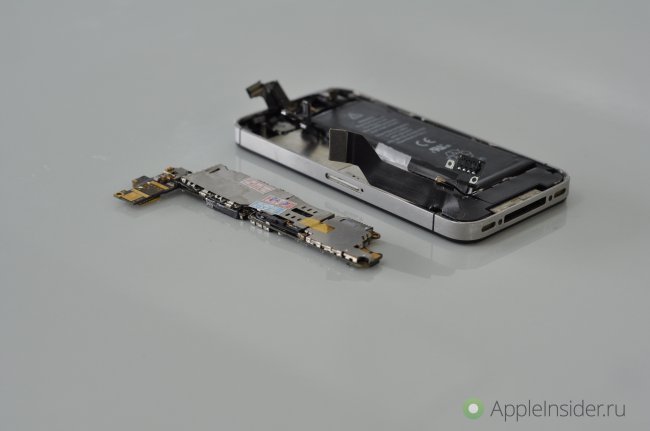 Unfortunately, it’s not a fairy tale. Even if now this still works, probably not for long. Serious illness can occur from a simple shake, and the smartphone may be something to deny, for example Wi-Fi or modem. Impact and build quality. The battery can be separated from the housing and hang out inside, and it is the most harmless that can happen.

In other words, informal restored iPhone is full of surprises, and it’s not what you would like to surprise yourself or your loved ones. The number of marriage among such a huge iPhone. Perhaps many of them break even on the way to the showcase, while others never were serviceable. Briefly I will add that nothing like this in the official iPhone restored.

What is most interesting, pictures on official and restored iPhone bad smartphones from China can vary quite a bit, or not different at all. They will be cheaper than new equipment, but they attract. Remember that if you happen to find the iPhone considerably cheaper than all the shops, most likely he reinstated. If miracles happen, they happen certainly not in the store where the iPhone 5s is cheaper than 27 thousand rubles. Do not forget about dishonest vendors who can sell you restored iPhone as a new.

There are still a few details to be aware of. Remember that the iPhone 4s was released in 2011. In 2012, after the release of iPhone 5 last year’s model was available only with a storage capacity of 8 gigabytes. In 2013, when iPhone 5s and iPhone 5c, the iPhone 5 was just removed from sale. Think about it, when you offer to buy a “new” iPhone 4s 16GB and iPhone 5. These smartphones are not made already like 2-3 years, they can’t be new. Also, when buying refurbished iPhone 5s, you must remember that only models A1457 and A1530 in Russia will work LTE. Most informal restored iPhone 5s does not support our frequencies to work in networks of the fourth generation.

We hope this material will be useful to you, and will help to make a successful purchase, or to avoid mistakes. Remember that the iPhone is designed to make our lives easier. Be careful, and then you can do without the mess.