Sierra macOS vs Windows 10: why Apple out of competition

Although Windows 10 Anniversary Edition and macOS Sierra are still in the testing phase, Microsoft and Apple have already showed their vision about the operating system for the next year. We already know a lot about the interface, search integration, web-surfing, multitasking and other key features of these OS. However, the question remains which of the desktop platforms is better? He was chosen to respond to the reviewers independent resource Laptopmag compared the ability of Sierra macOS and Windows 10 Anniversary Edition. 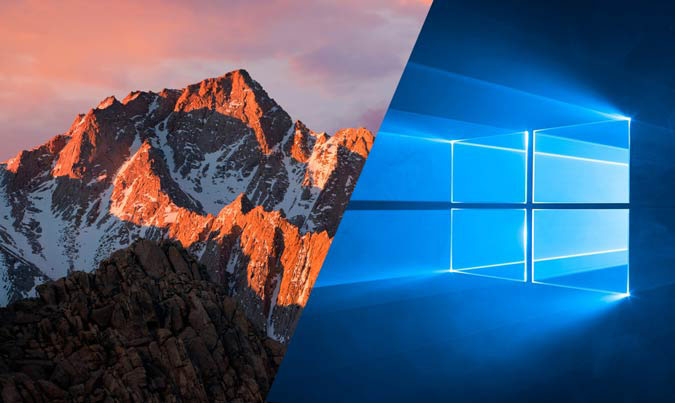 Fresh and dynamic design of Windows 10 in the past year have breathed new life into the Microsoft operating system, while macOS Sierra visually similar to last year’s OS X Mavericks, which in turn resembles the predecessor of OS X Yosemite. One of the most significant changes in the interface of the macOS was the mode picture-in-picture, borrowed from the iPad. 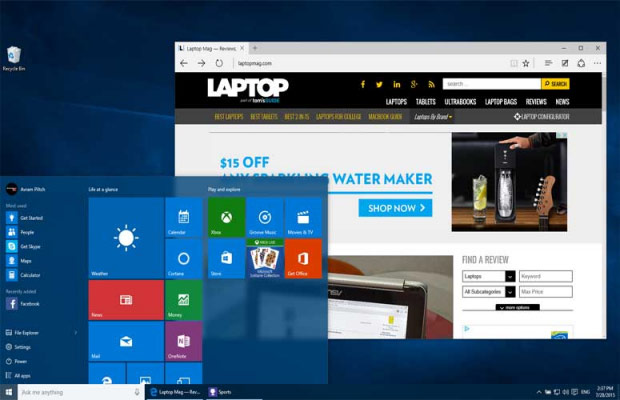 Windows 10 out of the box offers a tablet mode, because Microsoft has developed a platform with the expectation that it will be used on different types of devices.

And Sierra macOS, and Windows 10 is virtual desktops, but the advantage on the side of Microsoft. Last year Apple introduced in OS X Yosemite the Split View, which allows you to open two apps at once in split screen. However, Windows can simultaneously display four Windows, creating a grid 4 x 4, which is very convenient when working on large displays. 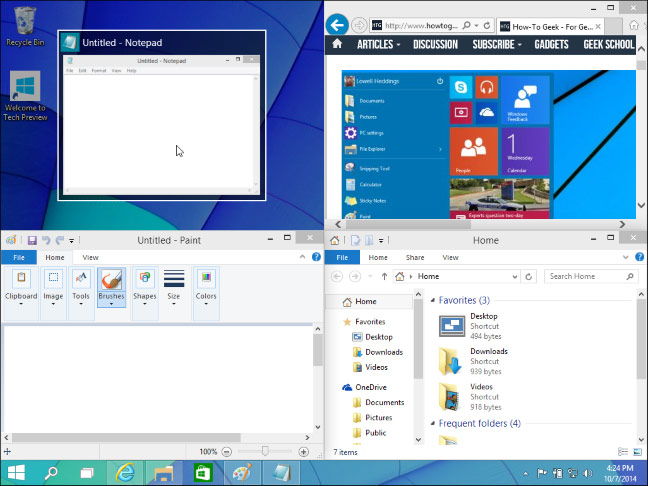 Helped Spotlight search on Mac the files you need since its introduction in 2005, but this way of searching a thing of the past with the advent of voice assistants. Adding support for Siri in Sierra macOS, Apple overtook Microsoft virtual assistant Cortana, which made its debut in Windows 10. 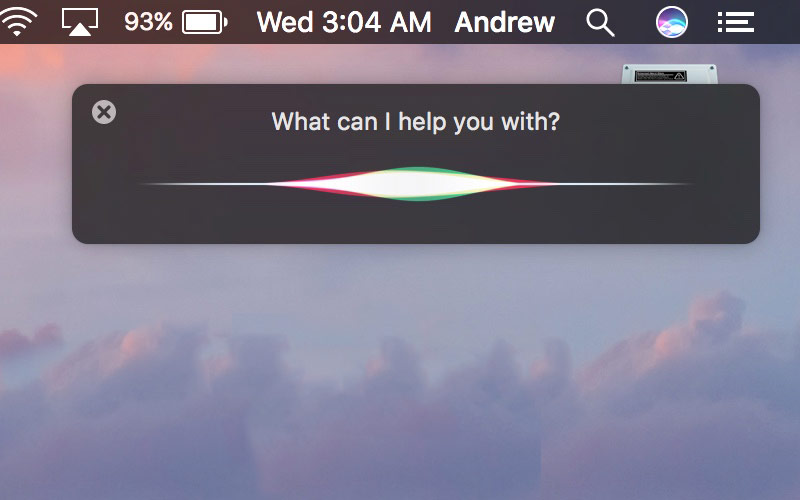 While Siri can help with file management, and Cortana is able to send news alerts, both assistant quite confident working with semantic queries. In 2016 WWDC presentation Craig Federighi asked Siri to show images sent by Ken and marked as “Draft”. During testing, Cortana not only answered the question “Who is US President?”, but also said that he was 54 years old when asked, “How old is he?”.

And Siri and Cortana, there is a panel showing the results, but only the Apple solution allows you to drag the results into a document you are working on.

Winner: macOS Sierra. Siri is ahead of Cortana, but with a small margin.

Windows 10 Anniversary Edition and macOS Sierra unlock computer with your smartphone, but other innovations of the operating systems are very different. Microsoft introduced functionality that allows owners of Windows-based PCs and Xbox One to play each other in games. Another unique feature of Windows 10 – function Ink that converts notes written with a stylus or finger, in plain text. 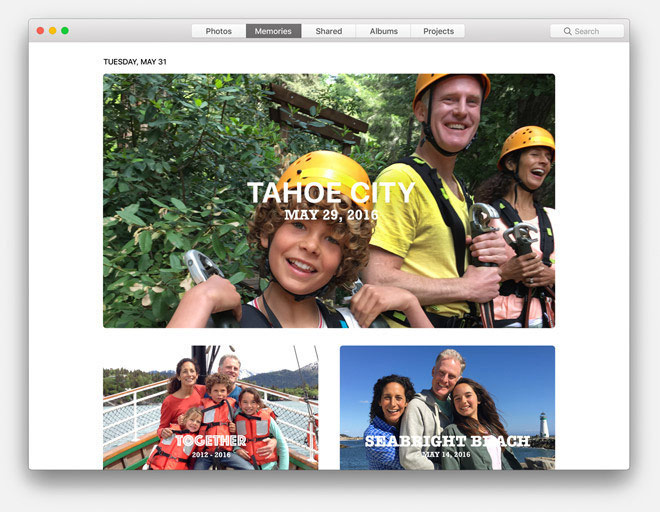 An interesting feature of macOS is Optimized Storage, which automatically migrates infrequently used by the user to iCloud. As demonstrated at WWDC, it has helped to free up 130 GB hard drive capacity of 250 GB.

The Photos app has received a significant upgrade with the possibility of face recognition, finding objects and people, the function of Memories that turns your photos into a slide show. Also, Mac owners will appreciate the transparent synchronization of files on the desktop with other computers running Sierra and iOS devices 10.

Winner: a draw. Both platforms got some interesting features that will appeal to many users.

The most significant update for web surfing install extensions in Edge. Unfortunately, nothing is known about how many there are, so in that respect the standard browser of Windows 10 loses the Safari.

Both browsers allow you to pin tabs, but only in Safari you can quickly mute the sound in any of the tabs. In Edge the user needs to navigate to the desired tab, and to turn off the sound on their own. Although the Microsoft browser and is able to add notes to web pages with the functionality of Safari is not compared.

Winner: macOS Sierra. Safari the for web surfing than the Edge.

Since Apple produces Mac and iPhone, it is quite reasonable to organize their joint work. Windows 10 Anniversary Edition allows you to send SMS messages from your phone without having to pick up a mobile device, but the Mac is capable of much more. In addition, Sierra Apple to seriously work on integration, and now the gadgets company shared clipboard, Auto Unlock allows you to unlock the computer using the Apple Watch, and Apple Pay means you can make payments on websites with Touch ID on the iPhone. 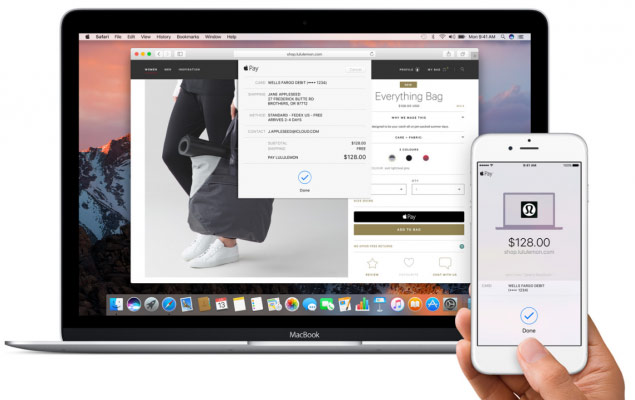 Winner: macOS Sierra. Cross-platform integration of Apple out of competition.

Microsoft provides a free upgrade from Windows 7 and 8 to Windows 10 to July 29, 2016. After this date the cost of update will be $119. Sierra macOS is available at any time absolutely for free.

Important is the fact that Apple is forcing users to upgrade their devices to the latest version of the system, than the famous Microsoft.

Winner: macOS Sierra. For free and at any time.

The result – 5:3 in favor of macOS Sierra

A year ago Windows 10 was superior to OS X Yosemite on a number of important indicators. But this year Apple has seriously modified the operating system, added support for Siri and a revamped Photos app. Windows 10 Anniversary behind is not much, but also Microsoft Edge have a long way to compete with Safari. 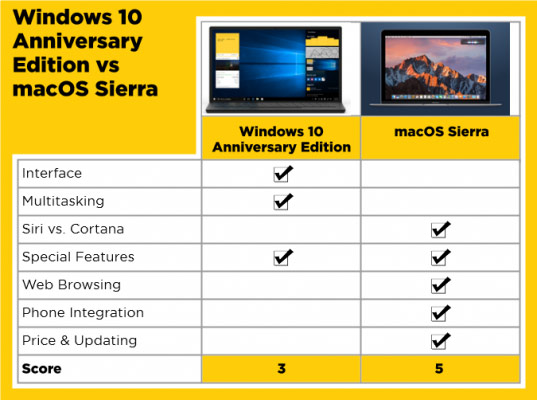