In the journal ArXiv published a new study of the possibilities of artificial intelligence. This time AI systems have passed IQ tests. Won Google.

During testing, AI Google gained 47.28 points. This is the level of a child of six, whose result is an average of up to 55.5 points. It is worth noting that in 2014 the artificial intelligence of Google earned only 26.5 points. That is, in just three years the system has doubled their result.

Not far behind Google Baidu artificial intelligence – one of the largest Internet companies of China. He was able to earn 32.92 points. Microsoft Bing took the eighth position with a score of 31.98 points. 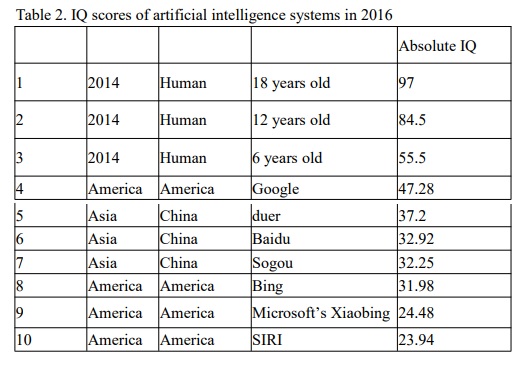 The creators of the test analyzed the ability of artificial intelligence to learn critically “think”, to process and understand information. According to the authors of the study, even advanced systems like Google and Apple are far from human. In particular, due to the fact that they have not yet learned to feel emotions and to think creatively.