Siri hinted at a dark UI mode in iOS 10

Tonight Apple announces new iOS mobile platform 10 at the conference for developers WWDC 2016. It is expected that “ten” will get significant differences from the previous edition. In the web already rumors about this, but official details, of course, not yet. 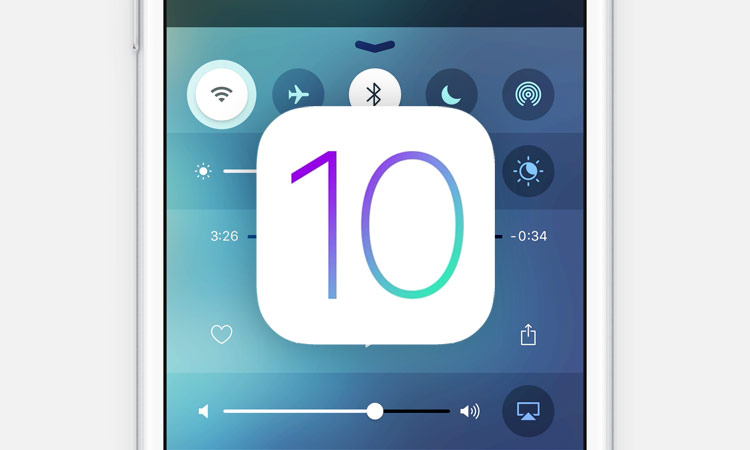 Prior to the presentation users never cease to torment Siri questions about upcoming products and one of the users managed to make her talk. Voice assistant has hinted at a new feature in iOS 10.

If you ask Siri to activate night mode with the command “Turn on dark mode”, she apologizes and says that he can not enable this setting. The fact that Siri learned about Dark Mode suggests support for dark UI mode in the mobile OS from Apple. Before this issue the virtual assistant answered the standard phrase “I don’t understand.”

At the moment, iOS does not support the dark interface mode. In OS X it is possible to make a dark menu bar and dock. The option “Dark” appeared in OS X 10.10 Yosemite in 2014. Users have long been asking Apple to add dark theme in iOS and it seems that in the tenth edition of the company listen to the users. 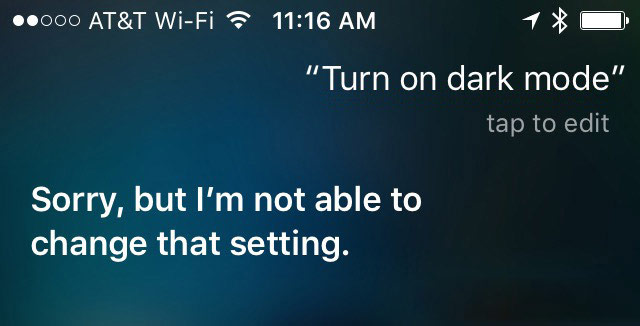 Note that the mode Dark Mode in iOS 10 is not the first function, which hinted Siri. So, a request to access the settings voice assistant reports that the device does not have a Finder. Is familiar with the name through the file Manager in the desktop part of the OS X. As you can see, the rumors about the appearance of Siri on the Mac did not come out of nowhere.

WWDC 2016 will begin at 20.00 Moscow time. We will promptly inform you about all present Apple updates and will talk about the most important points in the presentation.