Siri now knows all about the upcoming FIFA

On the eve of the world Cup in Russia, Apple has made Siri an expert in the field of this sport. 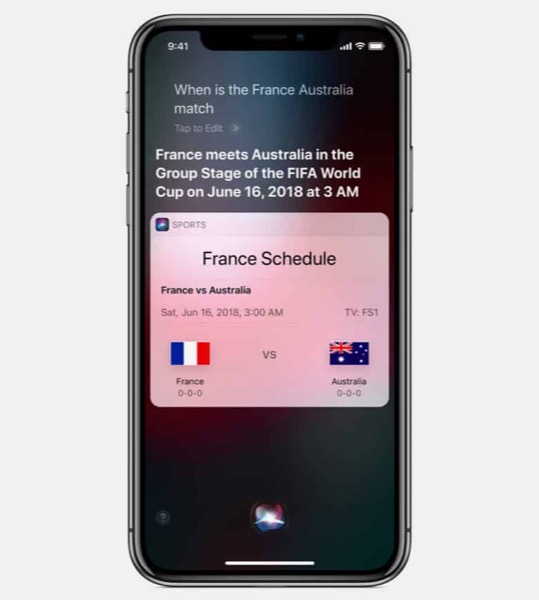 Recently, the voice assistant Apple has received a major backend update for Brazil, Denmark, Finland, Malaysia, Russia and other countries. Now she can tell all about upcoming games, teams and athletes.

Football fans will be able to find out from Siri, when will be the closest game whose teams participate in it and even the TV channel that will broadcast the championship. Also, users will be able to ask about which group includes one or the other command, and the results of the match, after it ends.

Moreover, the App Store has a section with apps related to football. In corporate news service will promptly receive reports on the progress of the championship. The same goes for podcasts and apps Apple Books, which will be a collection of literature and programs dedicated to football. In the program, the Clips will be new backgrounds with appropriate design.