Skyhill – the hotel with the mutants

The history of creation, reminiscent of the classic success story from some lousy, but the Oscar-winning film about “believe in yourself”, “never give up” and other mantras. Skyhill blinded in Russia – as told to the author one edition of the game in between the main job. At first the money did not exist, then also get a game noticed on Greenlight, the story fit Daedalic (developed by a pair of brilliant German quests) and I think everything turned out – in “incentive”, where first appeared the game positive reviews in the App Store, the project hangs in the “apps of the week”. You can hang a happy end – but it matters to most, still a lot. 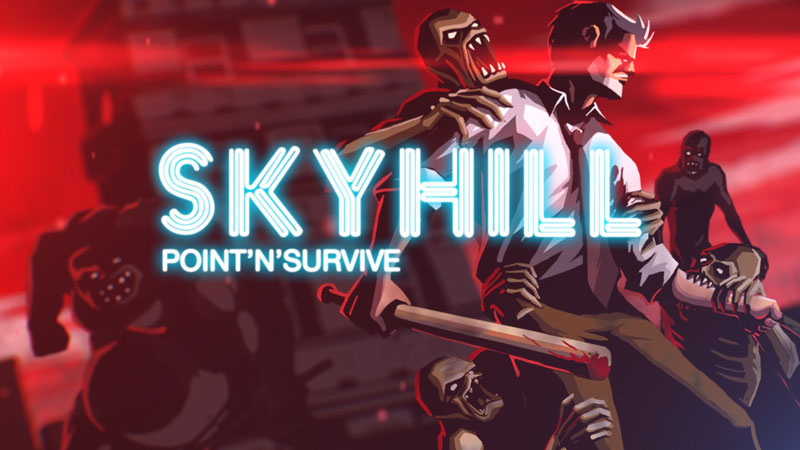 The game begins surprisingly briskly: young businessman Perry Jason arrives at the penthouse stecajnog of the hotel; all of this is served via a cool comic panache, as in the recent ” This is the Police. The situation, however, immediately heating up – due to a complex chain of unpleasant events, the inhabitants of turning into mutants…? Zombies? Monsters? Hard to say – it is enough that they lost the human form, dangerous, aggressive and not averse to dine wealthy businessman from the upper floor. The challenge, Perry, respectively, the opposite: you have to go down to the first floor, through a hundred circles of hell – in the end, it may be salvation.

A story Skyhill is, and he’s not even without the grace feature all the same dark comic – but a full history is not expect – for the most part you will kill, eat, make and die. 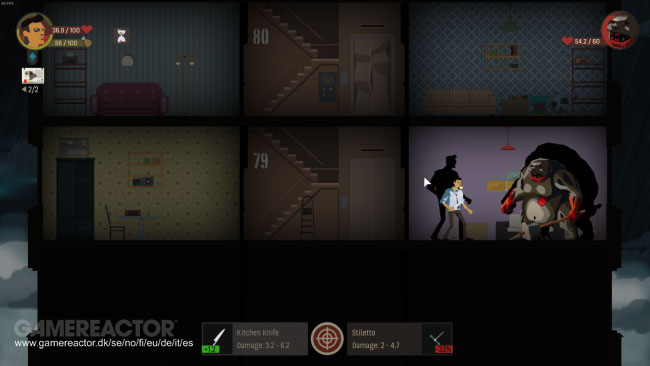 Perry’s concern in the light of two things: the health bar and hunger. Appetite your ward’s downright brutal: after each second passed floor needs to eat. On an empty stomach businessman is not particularly complaining, but health will inevitably creeping down – so first look for food.

And do not disdain anything – the game is absolutely insane crafting system; apparently, Perry in his youth led the program “Crazy hands”. You can, for example, to catch fish from the aquarium and fry it. Can of rope, piece of metal and some nonsense to create the sword-hook. In General, a complete room for creativity and the more creative you are, the more chances you have to crawl to the first floor. 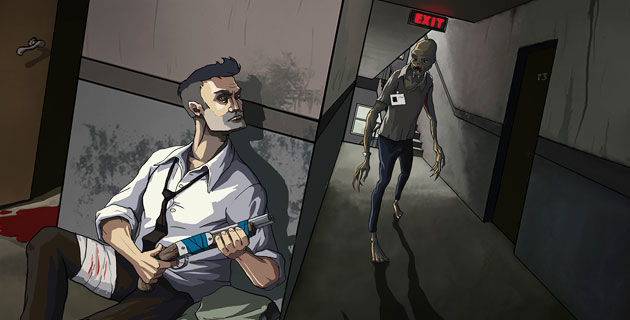 Because the monsters are not asleep – they are loitering in the corridors, angry growl, and, seeing Perry run violently tear him to pieces. The better your weapons and higher all sorts of options, the faster you send the mutant to relax at the reception. However, here the problem is due to the fact that much is randomly generated, sometimes complete each floor is impossible to guard any deleterule being completely unkillable. 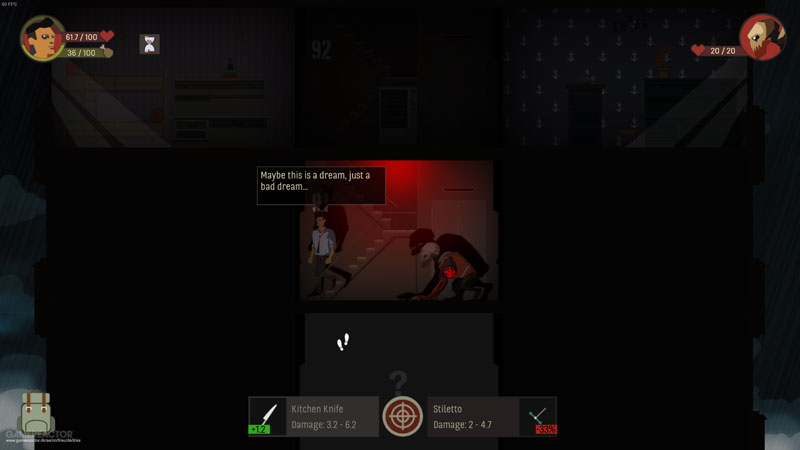 Is – jumping – balance the scourge of all, I’m sorry, “bagels”: you can lose just because of the stupidity and unfortunate set of circumstances. But, there are generally no guarantees – it’s a shame to lose after five hours due to the fact that forward is simply impossible to turn up.

No Skyhill and other important for the genre stuff – random events. You know, when the sky falls some comrade and offers, say, buy astronomy laser, and it is unclear what this will do. Such Skyhill is very small, and the “event” that is – is simply meaningless. Choice will not lead to anything; lost the magic of randomness. 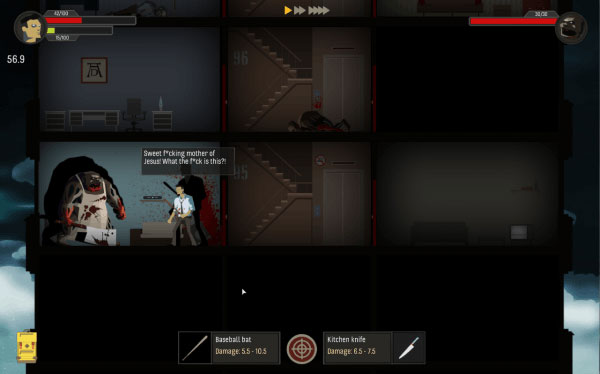 But otherwise, is a good representative of the genre. With a plot, beautiful scenary flow, a cool craft. With some status that if – in the App Store is full of generated RPG that looks like they came with a musty 93-th year. Skyhill is not so – she has become very special, a certain charisma. For 229, note roubles.