In early 2015, Microsoft held a press-conference on which have demonstrated holographic glasses HoloLens designed to turn the idea of augmented reality technologies. The device, which had been developed for five years, available in limited quantities at a price of 200 000 rubles. Startup Occiput offered no less impressive alternative to the Microsoft product, which is 10 times cheaper, due to the fact that it uses the capabilities of an iPhone. 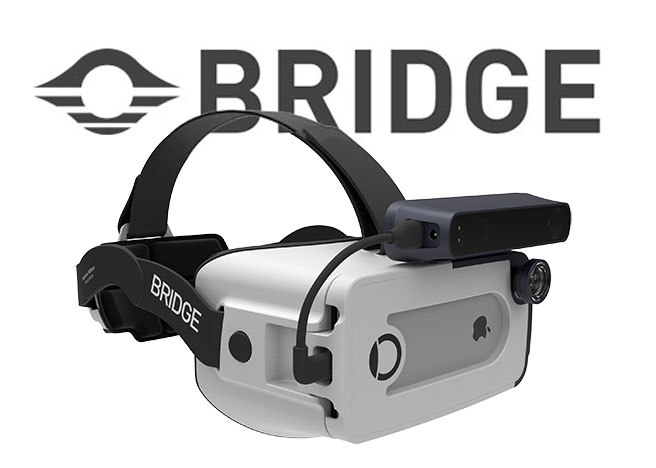 According to the manufacturer, “the headset of the future” Bridge is able to bring virtual reality to smartphones at a higher level than Google glasses Daydream or Cardboard. 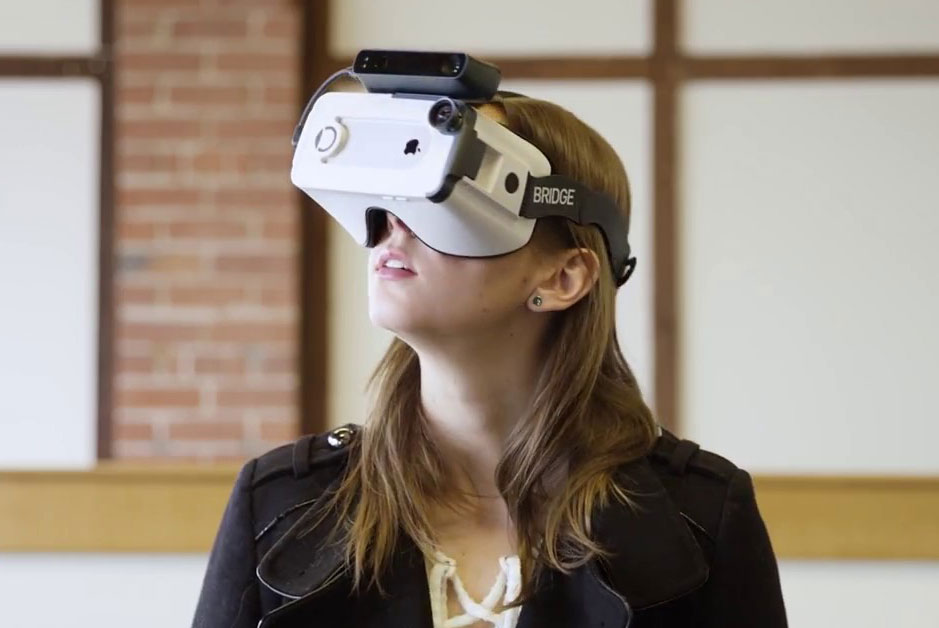 On the upper side, the gadget is equipped with a sensor, the principle of operation is similar to Kinect, as well as a wide angle lens for iPhone with a viewing angle of 120 degrees. The device allows you to experience the surrounding user environment without any additional sensors and to process the overall picture by adding virtual elements. 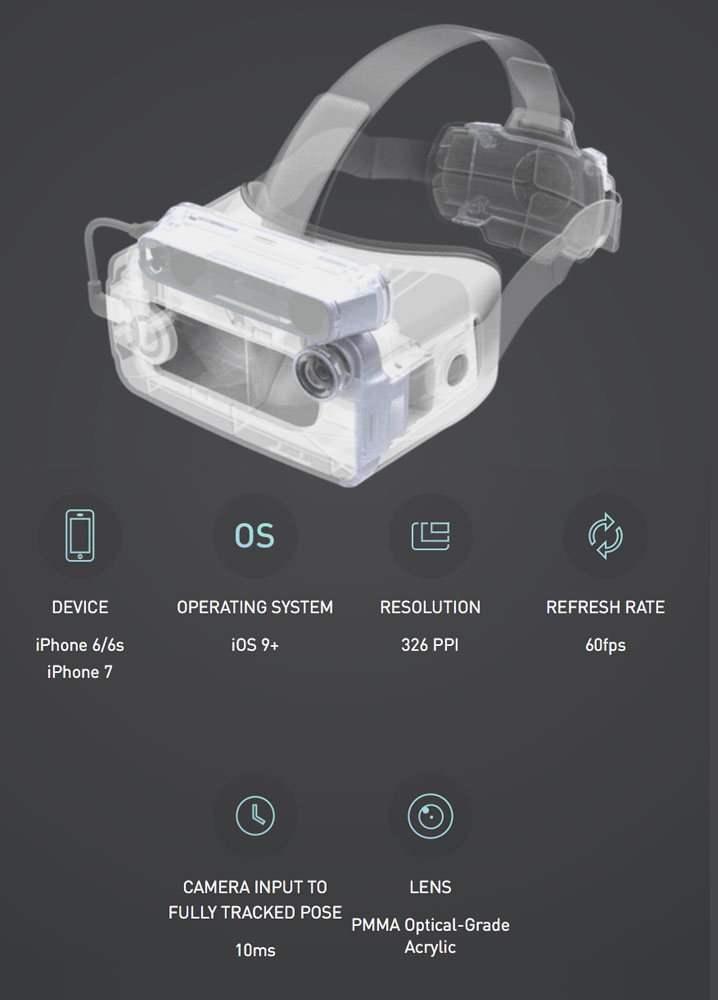 According to the creators of the Bridge, using a device you can interact with a digital environment by adding virtual layers on the objects around him. The concept of points is built around the alignment of objects of the real world with virtual objects. Such objects are projected directly in front of the man, as if enriching the environment.

Wearing Bridge, the user can see, for example, “floating” in air of the interlocutor in Skype, weather, or virtual TV broadcast of a football match. Around the “holograms” you can not just walk around and observe them from different angles, but also to interact with them — to move, stretch, to reduce or completely remove from view.

Bridge is compatible with iPhone 6, iPhone 6s and iPhone 7 with iOS 9 and above. The cost of new items at the start of sales is $499. The device is available in limited numbers, mass production will start in March 2017.