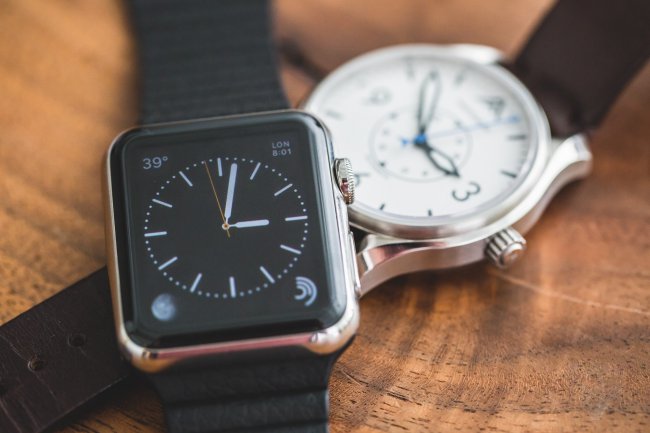 In light of recent events, a sharp decline of the Swiss watch industry recent statement by johnny Quince that Apple Watch will be able to become the industry leader, does not seem so pretentious and overly ambitious.

According to the Bloomberg report, the aggregate supply of Swiss watches last October fell 12%, that was the biggest fiasco for manufacturers since 2009. The most pronounced and tangible was the collapse of the Hong Kong market, whose share fell by almost 40%. Due to such stagnation, some manufacturers were forced to close flagship stores in the territory of China, among which was a TAG Heuer and Richemont.

It is noteworthy that the place of Swiss watches that have long been considered a true icon of the industry, is the so-called “smart” watches. Even more interesting is the notable increase in the share of the Apple Watch, which – as we believed in people and could not win should popularity. However, despite the bluster of the Swiss, their position was much more precarious than they used to think. Even TAG Heuer had to yield to the trends of the market and produce their own vision of smart hours. However a year ago things were so different.

“I don’t think the Apple Watch, however, as all the other “smart” watches, will be disastrous for the product of luxury watches. Perhaps [Apple Watch] can compete with cheap models from Tissot, but nothing more. If quartz watches are unable to kill good old and proven mechanics, smart watches do not exactly succeed,” said Elizabeth Doerr, chief editor of Quill & Pad.

“From the point of view of the design of the Apple Watch is more reminiscent of iPhone to be worn on the wrist than most watches. You can travel with them or go to a party, but they can’t replace you [watch]”, — said the Executive Director of a private contract Montres Louis Erard Sa Alain Spinedi.

“Apple Watch will never be able to drive the Swiss watch industry in crisis!”, — proudly stated by the President of the French fashion houses LVHM Jean-Claude Biver.

Now, a year later since then, were made such strong statements, they begin to perceive with a little more irony, than it should be. Perhaps the era of universal computerization and “smart” technology is coming much faster than we expected.