Ever since Apple founder Steve jobs returned to the company, “apples” produced one hit after another: iMac, iPod, iPhone, iPad, each time becoming a sensation. However, over the 40 years existence of the company there was everyone: some of the gadgets was clearly a failure, and some were quite unusual for a model range of the brand. On the Internet auction site eBay put up rare sneakers, which Apple released in the early 90-ies. 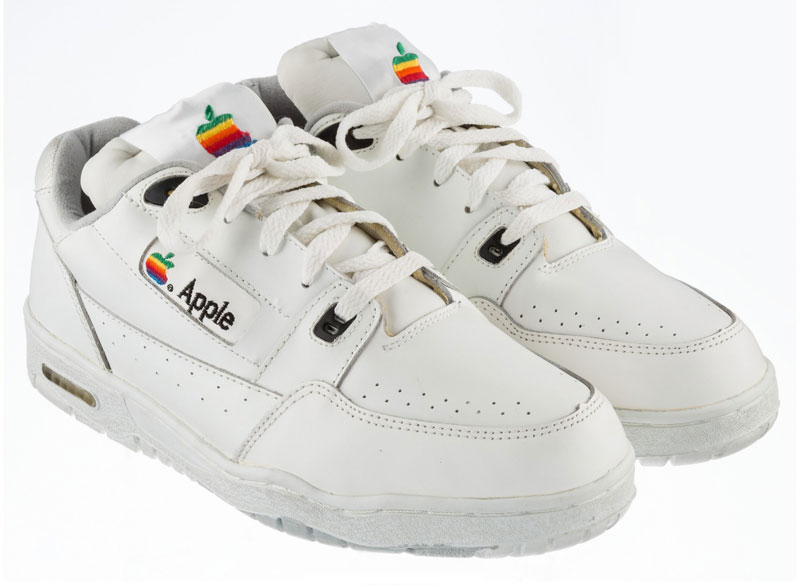 The seller explains how he got the shoes, but stressed that the item is in perfect condition. The main feature of the sneaker — color Apple logo embroidered on the outside.

Line of lifestyle products from Apple was relevant for 1986. After the departure of Steve jobs, his former colleagues released under the “Apple” brand, not the gadgets or accessories for devices, and hoodies, belts, mugs, jackets, chairs, towels, umbrellas and shoes. The latter produced in limited quantities and was intended in particular to be worn by employees. 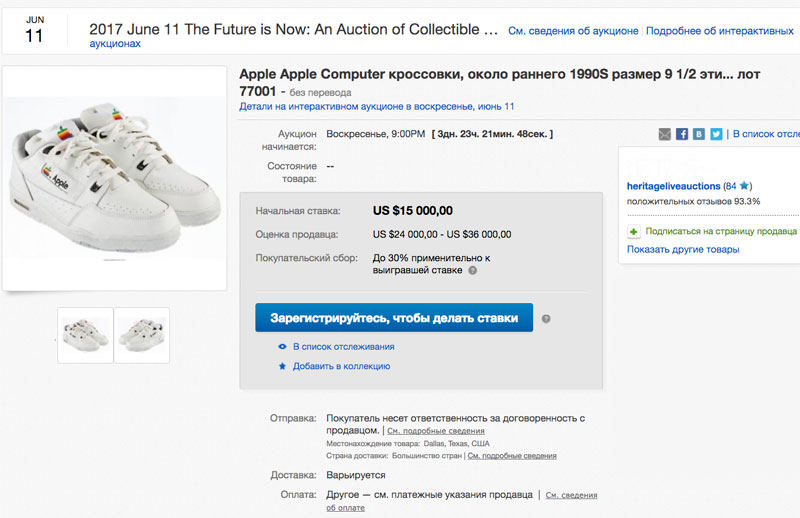