Someone from the Russian politicians prefer “unpatriotic” Apple products

The Minister Nikolai Nikiforov has surprised guests of the SPIEF, showing a personal smartphone running OS Sailfish rare. Edition Life to find out who from the Russian politicians and officials prefer Apple products. At the final press-conference with Vladimir Putin at the economic forum in Saint-Petersburg journalists were surprised by the Prime Minister of Italy Matteo Renzi. All of a sudden he pulled out of his jacket pocket his iPhone and started it something to watch. Shortly Rence without shyness put the phone on the table and called for his guard, who brought him to the battery. If you were the head of the government, or normal user — your iPhone is discharged equally fast. Over the users of gadgets “Apple” made fun of all and Sundry — they say, wherever they came, always looking for outlet. 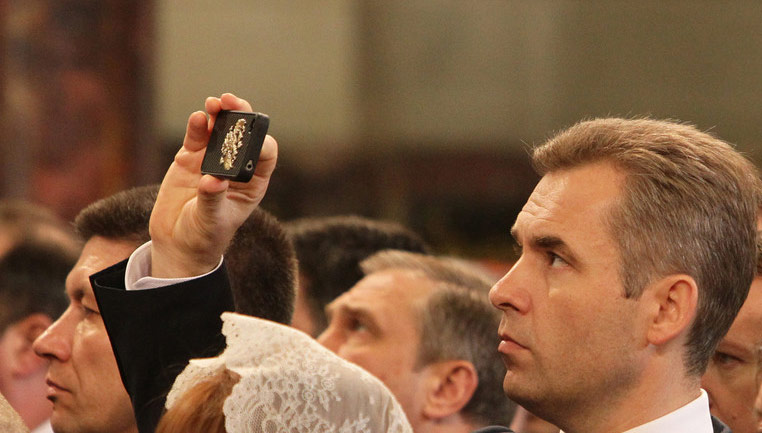 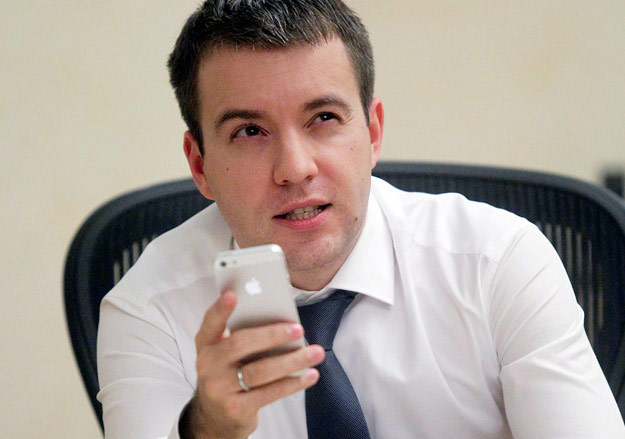 At the same time, fans of Apple products less this gets. Probably, the main advertising agent “Yabloko” in Russia it is possible to name Dmitry Medvedev. The Prime Minister tries to buy everything new for the company. New iPhone 4 just released from the conveyor, he personally gave Steve jobs. But if duty and responsibility Medvedev have still closed on government communications, with the iPad the head of the Cabinet does not leave. He uses it almost every meeting. 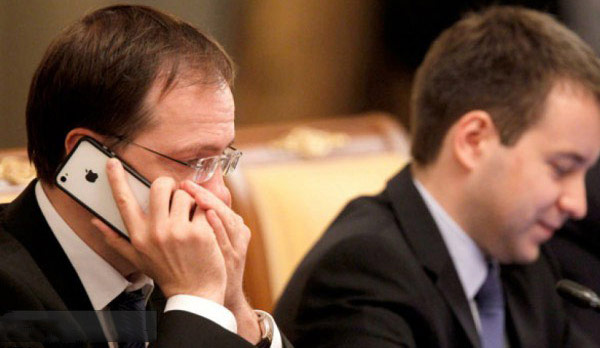 The majority of the members of the government are also following the example of Dmitry Anatolyevich technicians are Apple. With the iPhone not leave, Deputy Prime Minister Arkady Dvorkovich. In addition to the phone, he wears a smart watch from Apple. It does not remove them even in meetings with the President where all communications are supposed to pass. Dvorkovich put your iPhone in the case, decorated with the emblem of the football world Cup in Russia in 2018. 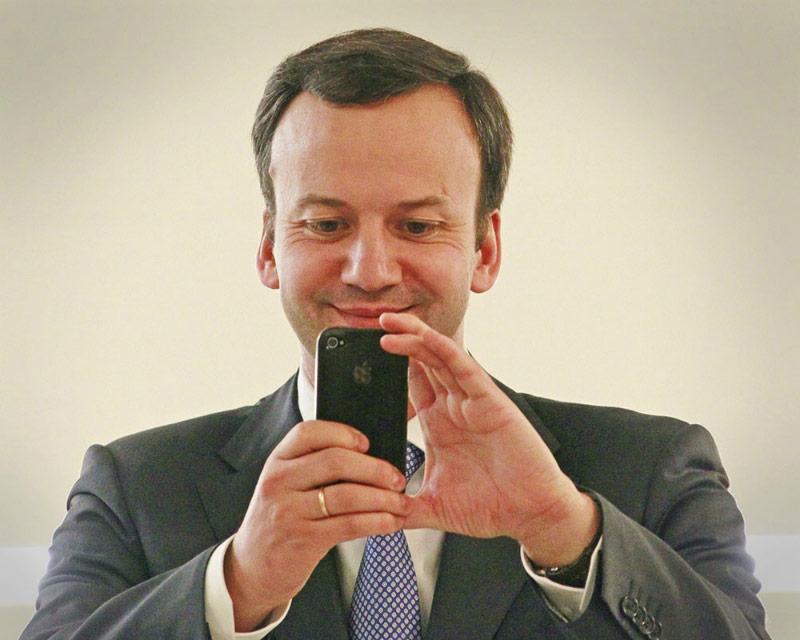 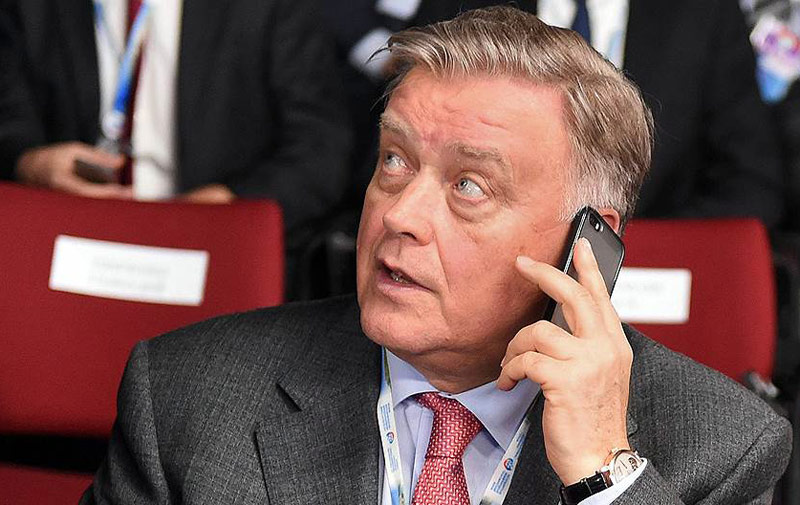 Some senior officials are not averse to lending a unique design to your gadgets. The Minister of foreign Affairs of Russia Sergey Lavrov, an ardent fan of Spartacus, even stuck the glowing emblem of your favorite team on your iPhone. 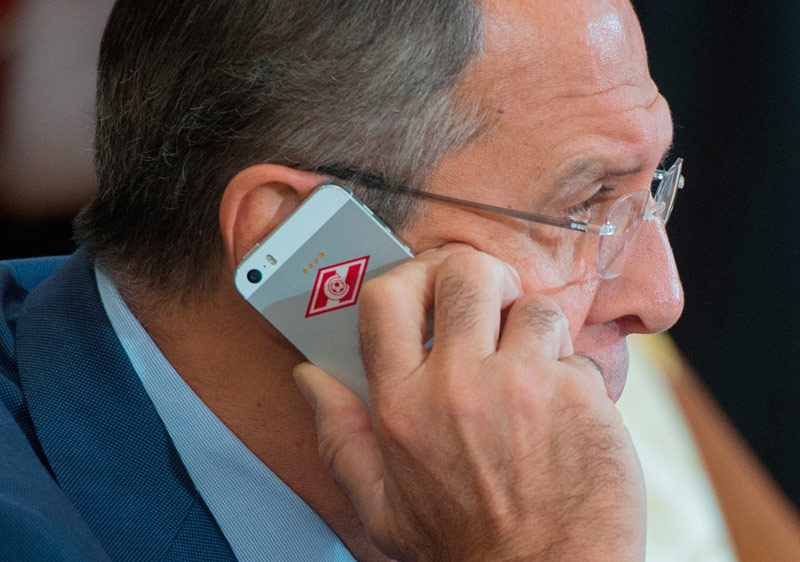 Businessman Arkady Rotenberg was filming a Victory day parade on red square on a gold iPhone. On the rear of it — the bas-relief of Vladimir Putin, his facsimile and the coat of arms of Russia. Such devices are limited editions (there is speculation that the phone Rotenberg generally made in a single copy) and are from 150 000 rubles. 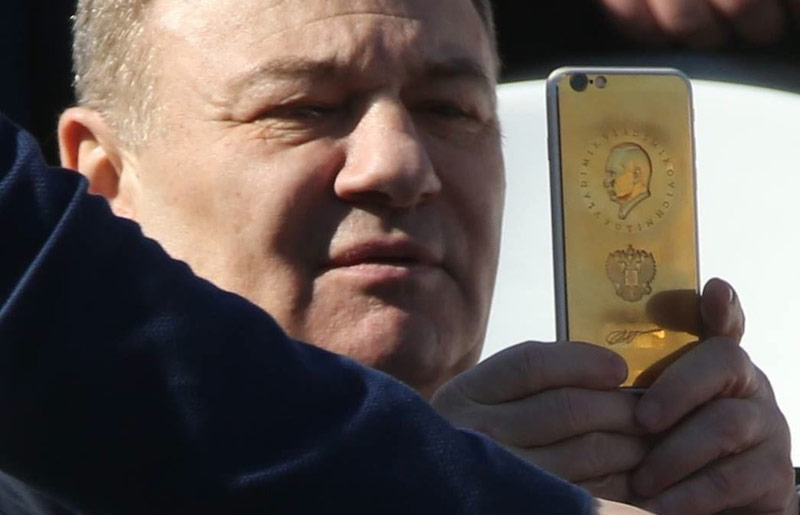 Not everyone in the government shared a love Apple product developments. The Minister of industry and trade Denis Manturov uses Yotaphone 2. And on the back panel, he brought the coat of arms of Russia.

“Here is the double screen can be any picture to exhibit and change every day. I saw that other phones sometimes do engraving coats of arms, and here the engraving is not necessary”, — he explained. 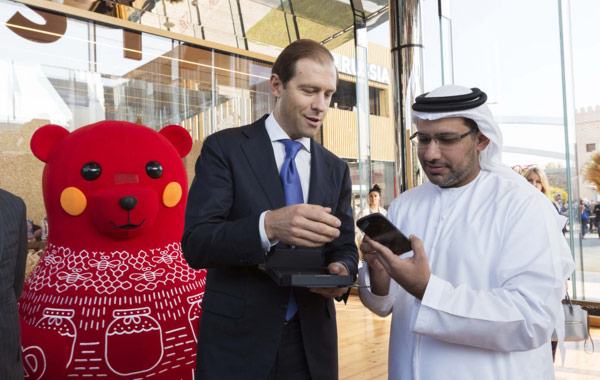 Before Manturov used iPhone, but after the appearance of Yotaphone 2, changed preferences. “I’m the Chairman of the Supervisory Board of Rostec and is a product that was developed with the participation of the state Corporation, and it would be correct to use the phone, which makes the company the Supervisory Board which you head,” said he. With Yotaphone 2, with white, appeared in public and the head of the Chechen Republic Ramzan Kadyrov.

The owner of the Yotaphone 2 is the head of China XI Jinping. Russian smartphone to his Chinese counterpart gave Vladimir Putin during a visit to Beijing. Gift clearly came to taste: the leader of China, received a gift, long studied it. 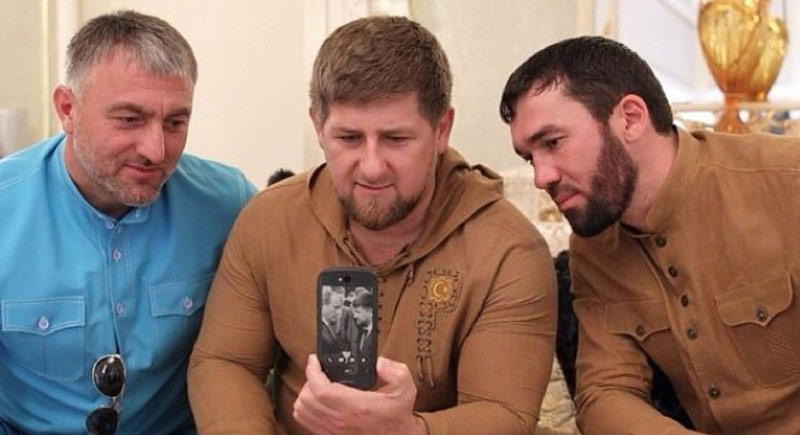 Vladimir Putin uses cell phone very rarely. He usually speaks through a closed system of government. Special devices resembling a massive Soviet dial telephones, establish wherever is the President. They are connected to multiple private networks – ATS-1, ATS-2, and top secret – SK (Spectometer). Correspondents noticed a machine in the train “Swallow” on which the President went, checking the readiness of Sochi for the Olympics.

If settelephone near there, and Putin urgently need someone to contact cell gives him one of his lieutenants. During a trip to the place of fires in the Nizhny Novgorod region in 2010, Vladimir Putin spoke with Medvedev by phone Nokia E90. 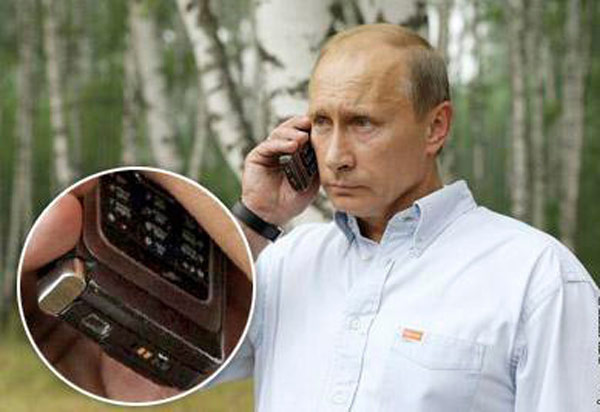 “Vladimir Putin is, in principle, anyway, on what phone to talk, — said Dmitry Peskov. — Most importantly, the sound was good”.