Sony has announced digital car stereo XAV-AX100, which is designed specifically to work with automotive technology Apple CarPlay and Android Auto. The head unit provides a convenient and safe way to use the most popular driving features of Apple’s smartphone: calls, navigation, music, messages and more.

To connect your iPhone to the device using a cable Lighting USB. To make calls, use maps and navigation, listen to music and work at Alpine iLX-700 is possible, using a 6.4-inch screen or voice Russian-speaking “assistant” Siri. Microphone and speakers are included.

Touch screen with a resolution of 800 x 480 pixels has a high sensitivity to input, supports drag and drop gestures and scrolling and has a high brightness and contrast.

In addition to the presets available and other apps approved by Apple CarPlay, for example, podcasts and Internet radio. XAV-AX100 is compatible with the free app Sony. It is possible to download ready-made options of the audio system for the car model or manually adjust the EQ, delays, filters, etc. 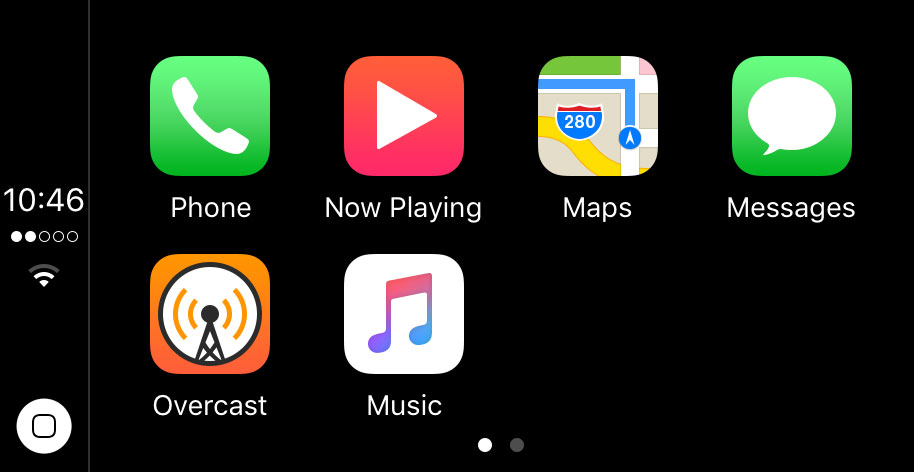 Autonomous from iPhone Sony XAV-AX100 is capable of displaying a graphical interface on the climate control and heated seats, visualize the Parking sensors, to show the image of the rear view camera.

Due to the low depth XAV-AX100 can be installed in most car models, including those with limited space 2DIN, such as the VW Golf 7 and BMW 1-series.

New from one of the world’s largest manufacturers of automotive electronics compatible with iPhone 5s, iPhone 5c, iPhone 5, iPhone 6 (6 Plus) iPhone 6s (6s Plus). The start of sales is scheduled for November of this year for about $499 (about 32 000).