Despite the enormous popularity of relatively new instant messengers like Telegram, WhatsApp continue to use hundreds of millions of users around the world. Unfortunately, the developers have not offered a full-fledged desktop client, limiting browser-based version of the service. However, apparently, in the near future the situation will change. 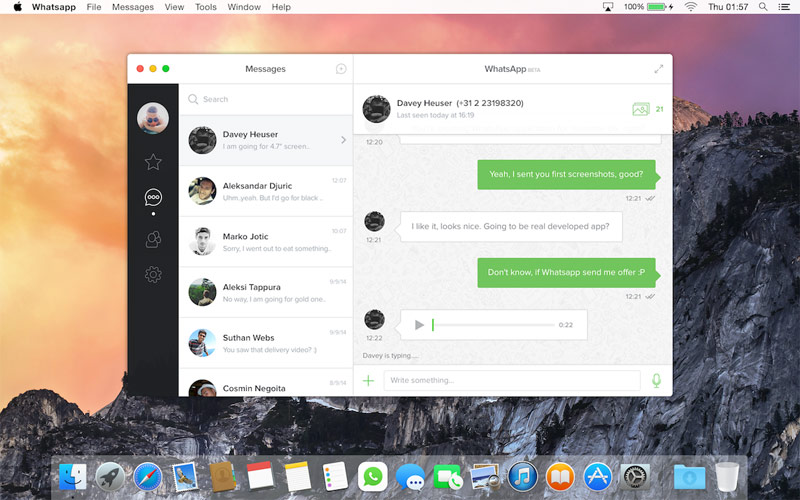 The author of the account WABetaInfo testing the beta version of WhatsApp, spoke on the preparation of full client messenger for Mac and PC. The decision will be interesting first of all native design that blends into the environment desktop platforms, transparent synchronization with the mobile version, support voice calls, sending pictures, videos, and documents.

The following screenshots show the lines of code that mention the operating system of Apple and Microsoft: “Download for Windows”, “Not on Mac?”, “Download for Mac OS X and others. The author of the screenshots was told that apparently WhatsApp for Mac will look almost like a standard application iMessage. Using the app, you will not only correspond, but also to make calls to your friends from computer to computer and, for example, from PC to smartphone.

WhatsApp will be much easier the web version of WhatsApp, which is still the only desktop way to use messenger. Only one thing is no need to keep running a browser and look at it with the tab WhatsApp will already attract users to the service. 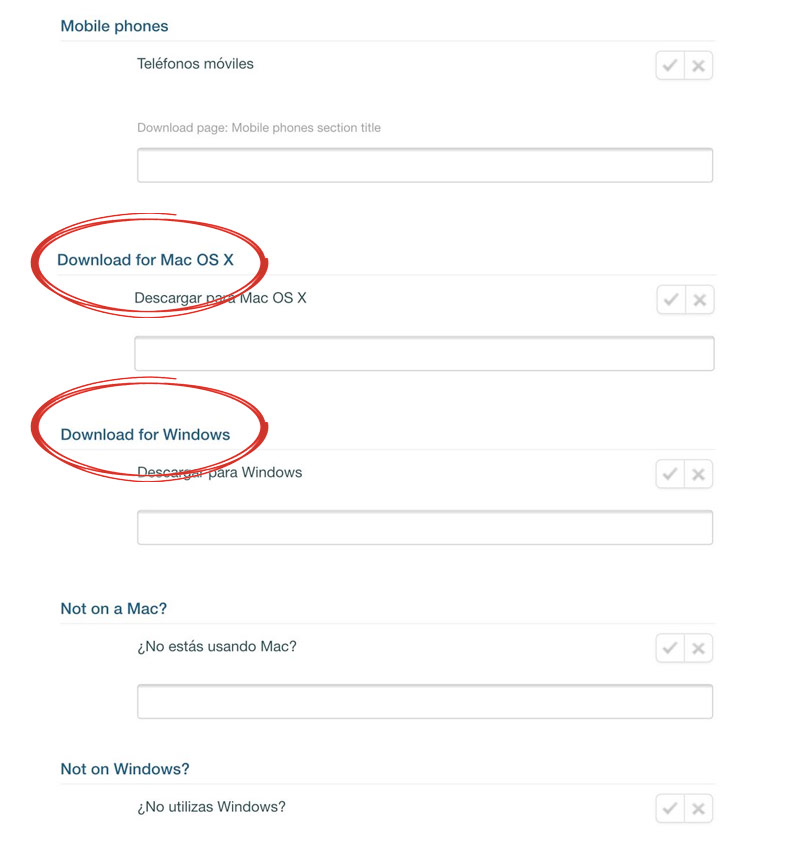 Earlier it was reported that the world’s most popular instant messenger will receive the voice mail function, support ZIP-files as well as the function of “Redial” for smartphones running on iOS and Android. Voice mail will operate as in the ringer mode, and with the ability to pre-record a voice message and this function is different from the existing ability to send audio messages in chat.

In order for users not missed an important call and could more comfortably use the app WhatsApp, the developers will add the button “Call back” missed call notification. The function will be available in the fullscreen version of the app and the quick response.

The exact timing of the emergence of the desktop version of WhatsApp and new features for mobile clients are not called, as well as unknown information about the highly anticipated feature of video calling, which would be significant competition to Skype and FaceTime.