“Space office” the Apple is almost completed: new video from the air

Apple completes construction of new headquarters in Cupertino. The construction of Apple Campus 2 that resembles a huge space the plate from a monolithic piece of glass, began in 2013, and can be finished in early 2017. 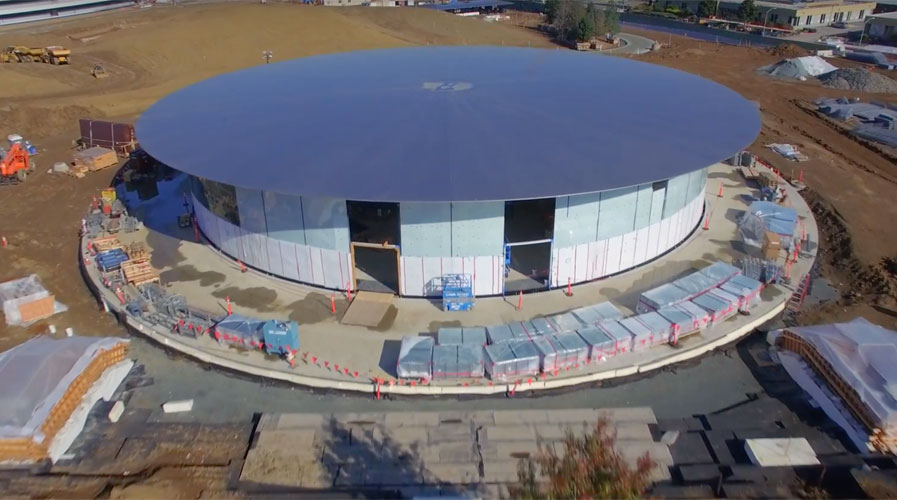 As seen on the aerial photography with the drone (authorship of Matthew Roberts), Apple has installed on main building solar panels with a total area of 65 000 square meters.

An ambitious plan to create a new headquarters Apple has announced the founder of the Corporation Steve jobs in June 2011, four months before his death. As expected, the futuristic campus will occupy a total area of 260,000 square meters. It will be located corporate audience, accommodating a thousand people, a corporate fitness center, café, laboratories, underground Parking, various ladders and entrances.

Most importantly, a 4-storey circular building will be made of curved glass, concrete and steel, and can accommodate up to 14 000 employees. The current headquarters of Apple in the street Infinite Loop accommodates up to 3,000 people.

The construction of the new Apple headquarters is conducted in strict secrecy. According to Bloomberg Businessweek, the Corporation spent on the new headquarters of at least $5 billion.