Let’s just a simple test so as not to waste anyone’s time. If you now mentally translated “Space Rangers”, I felt like something inside loudly shook, my ears rang pompous March, and in my head surfaced, it seemed, forever forgotten string of strange words like “bearings”, “faeyans” and “malok”, you directly at. Everyone else can read, for example, about Space Marshals 2. 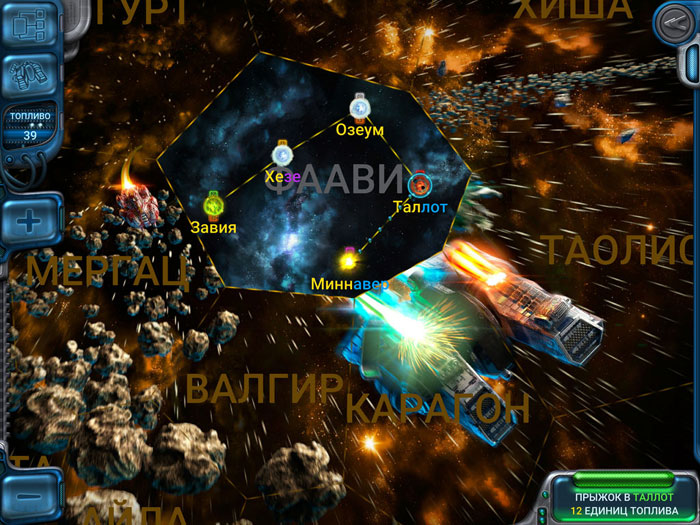 From disappoint – no, it’s not the third part. It is, in General, not even a sequel, rather a side project, step aside. But, hell, this is the first “Space Rangers” on your mobile – not to be missed is impossible.

The basis of the game rests, as you can tell, quests – the ones that so infuriated and pleased in the first two parts of the space Saga. Nothing else in the Quest there. Nothing. No trade, no other ships, no fighting, not even this one rolled out with a rolling pin cards. Only lots and lots of quests and bureaucratic conditions that fuel, here’s the money, that’s the strength of the ship. To travel from system to system, but it’s all very sketchy: you rotate in the middle of the vast space, you can drop only one database, fix there ship and, in General, everything. If you’re lucky, you will see a screen that drags you in another adventure – for example, the aliens will make contact, and it is necessary to decrypt the message. Are unable? Wave handle missed opportunities. 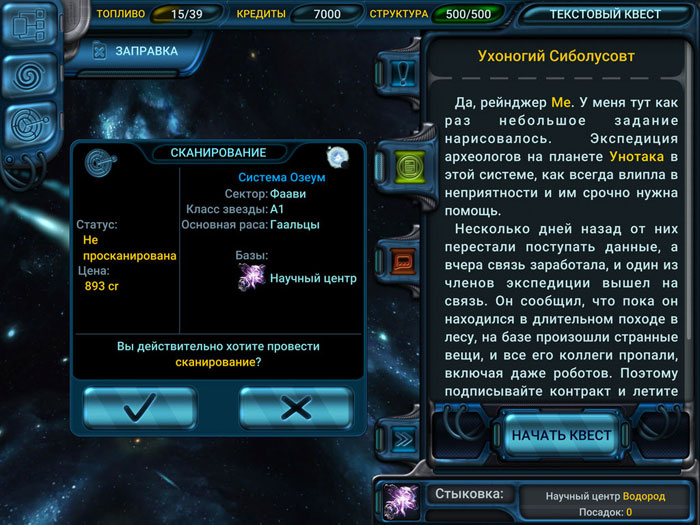 Although the battle actually is – they just text too. Something of the early zero when in browser lived a “Fight club”: you pick where to strike, where to close, then the computer considers mutual damage, something shamanic, and outputs: yeah, this move took away from your vehicle 154 units covering, and from the enemy – 76. The probability of winning indirectly depends on the weapon, but the randomness won’t save anything: you can randomly send to the light flotilla, and to lose to a random merchant.

And finally, why we all come here for quests. You come in, read the description, I estimate the size of the fee (here it is almost the only way to make money) – so jump into the maelstrom of a million paragraphs. 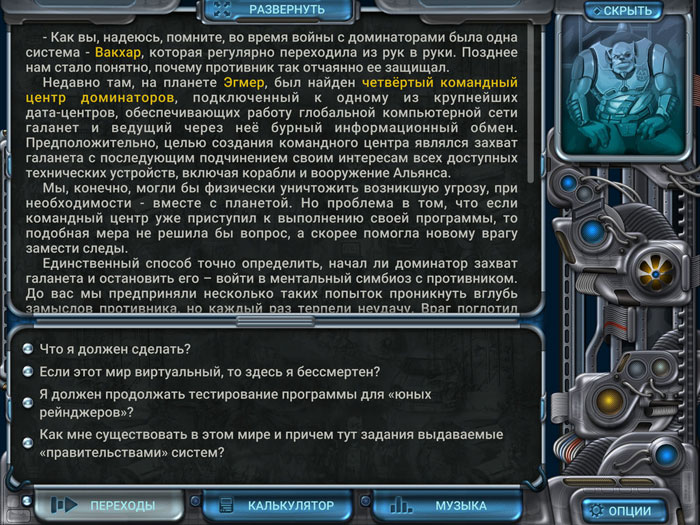 The mission kept on same supports, as always – and this is inscribed letters world fail with the same hunting. Km descriptions, blotches (sometimes funny) jokes, the obvious literary talent of the authors – well-designed universe, of course. Largely because of the last point beginners to play makes no sense: they will not understand why in the quest about the job as a taxi driver no need to take passengers-bearing, and when he was in prison, to offend malok.

Understand those who left in “Space Rangers” part of myself and surprised to find how difficult it is in this game to get at least some task. Quests have become more stringent, pragmatic and demanding: in particular, it is proposed to solve the full algebraic problem. For this – Yes – you need the physical world to take a piece of paper, a pen, well and decide. It is not surprising that the game is integrated calculator, and doubly no wonder that it really comes in handy.

Is Space Rangers: Quest (only do not faint) 379 rubles, and something tells us that this is a consciously – do not let strangers climb, and your already scribbling rublevskie comments on the page in the App Store.