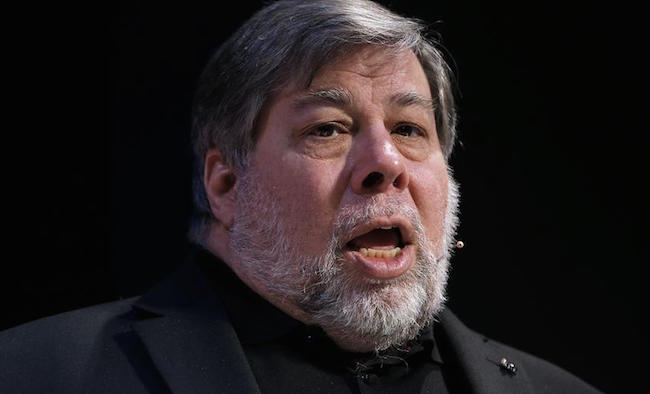 Before the premiere of the film “Steve jobs” from Director Danny Boyle and screenwriter Aaron Sorkin is a little less than four months, and we have already seen the trailer, allowing a more complete picture of the. Journalists could not ask the co-founder of Apple Steve Wozniak about his opinion, especially since the trailer begins with his poignant monologue.

To begin, let us quote the words themselves that Wozniak played by actor Seth Rogen said, addressing Steve jobs:

“What are you doing? You’re not an engineer, not a designer. You even drive a nail can’t. The motherboard I have gathered, the GUI was stolen. So why ten times a day I hear: “Steve jobs is a genius”? What did he do?”

Commenting on this, Wozniak in an interview with Bloomberg said:

“Actually, I don’t talk like that. I never made accusations about the theft of a GUI and never complained that I took the glory. The words that I heard, I myself would hardly uttered, but the meaning of them, at least partly, is correct. Jobs in a trailer similar to this, although not without kinks”

By the way, is not superfluous to recall that, in the process of creating the movie Who advised the writer on various issues related to Apple. Apparently, from natural modesty old Steve forgot to give authors a hint or two about their own manner of conducting a conversation with friends and colleagues.