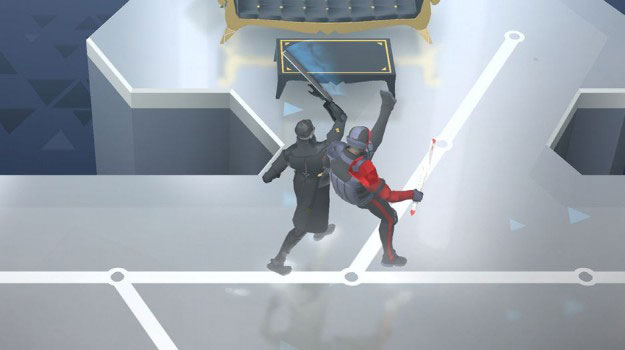 Unlike other games in the series Deus Ex, the new project is not an action, and atmospheric RPG with elements of adventure puzzles, and mesmerizing soundtrack. In the game the main character is moving at certain key points, dodging enemies and breaking open of cells in the rooms, needs to get through the levels and pass the mission. Slightly weaken the grip and get a stun baton to the gut from the guard, and the job will fail. 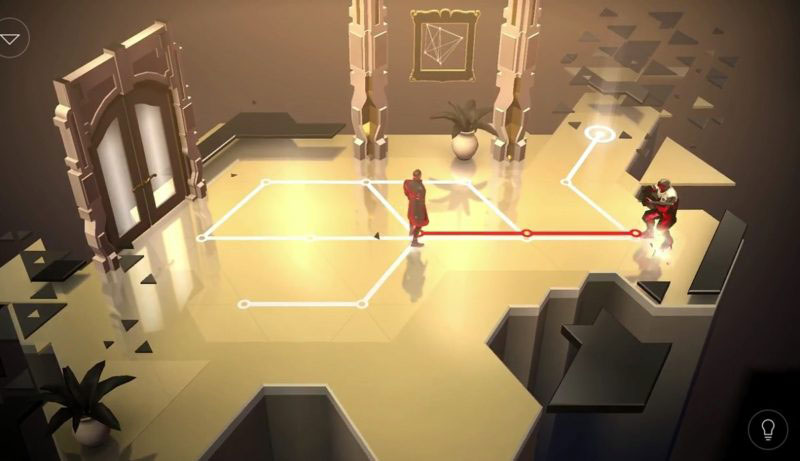 In fact, this simple mobile game in the spirit of Hitman Go. But if the latest gameplay was utterly sketchy and gave “pumped” version of chess with figurines and static environment, the Deus Ex Go has and animated character and dynamic environment, and a more interesting design. The key difference novelties from the previous games is the ability to attack opponents facing the hero, and the emergence of a more complex scenario: there are dialogues. Unchanged is the goal the main character needs to get from the starting point of the route to the destination, collecting important items.

Earlier, Square Enix released two games under the brand name Go — Go Lara Croft and Hitman Go. So fans of the genre can already measure that represents the brand.

Strategy adventure debuted in the App Store with a price tag of 379 rubles. Deus Ex the Go weighs 157 MB and is compatible with all devices on iOS 7.1 and above.