London – one of the capitals of contactless payments, so cash in residents, as a rule, no. It could be a problem for street musicians, but suddenly came salvation. About it reports The Guardian. 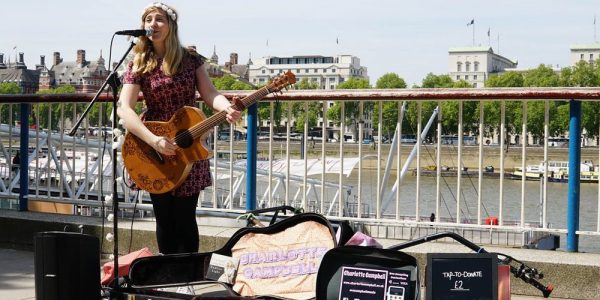 No money in his pockets – no money in the hat, everything is logical. But the mayor of London, in fact, saved only from starvation by allowing them to accept contactless payments, including Apple Pay.

In order to realize the idea, the municipality started to work with iZettle. It will give everyone street musicians card readers – this will allow them to accept Apple Pay.

The mayor of London has no selfish goals. The only thing he wants is to make life easier for all lovers of music:

“The new technology will allow artists to hone their talent and gives them the opportunity to speak in front of a huge number of people.”

Contactless payments first appeared in the UK in 2007. Now almost all the London stores accept them: from street food stalls to large networks. Apple Pay works with any contactless payment terminal.

Using new technology, each musician can independently choose the amount of the award. For example, Charlotte Campbell, a singer in the photo above, I set it at two pounds. According to her, since joining this program, the number of donations has increased significantly.