Despite all the opportunities offered by the Apple Watch, some owners of “smart” watches Apple refused to use the device. Ericsson conducted a study to find out why users stop using Wearables. 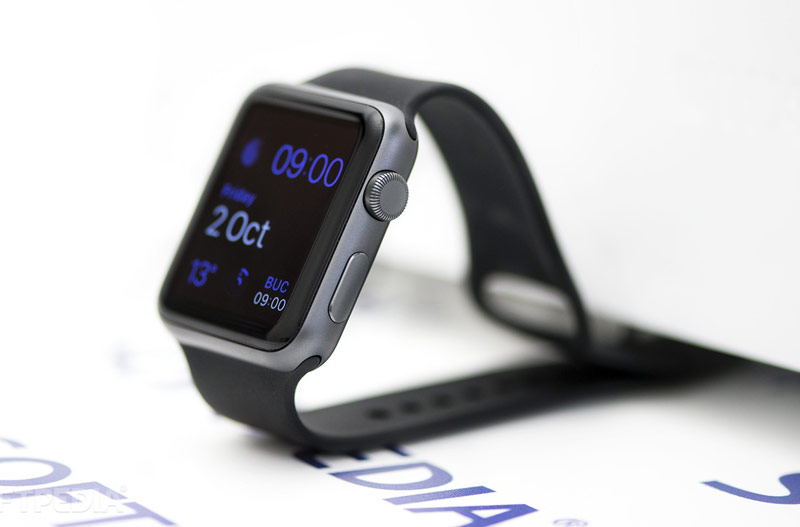 According to the Ericsson report, devoted to the market of wearable technology, the number of owners of wearable devices among smartphone users has increased over the past year in two times. Of interest to the participants of the study are not only wearable devices for health monitoring, but devices with the functions of personal security, such as panic buttons and personal locators.

Listed below are the most popular causes of failure from the wearable device:

According to the report, users expected boom of the market of wearable devices over the next five years. Every third Respondent considers that after 2020 will use at least five wearable devices. More importantly, 43% of respondents are sure that these gadgets will replace smartphones and help people to interact with items and objects in the Internet of things ecosystem. 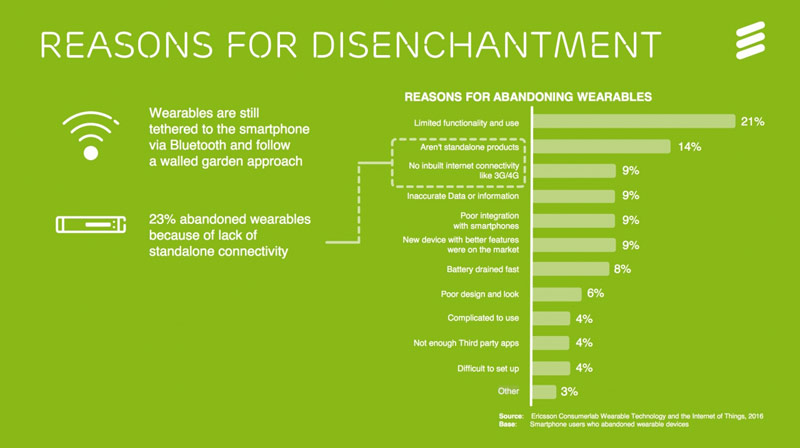 According to 60% of the respondents, over the next five years, with the wide spread will get devices that will are not to be worn on the human body, and inside him. For example, subcutaneous chips that will be used not only to track the most important indicators of health, but also to open doors, identify the owner.

The decline in the popularity of smartphones as multi-function devices is confirmed by the results of another study Ericsson conducted at the end of last year. According to him, every second smartphone user believes that within five years smartphones will be thing of the past, and their place will be artificial intelligence systems.

The report presents the views of 5,000 smartphone users from the U.S., China, South Korea, UK and Brazil.