Belkin has announced a docking station Extreme HD with support for USB 3.1 C. 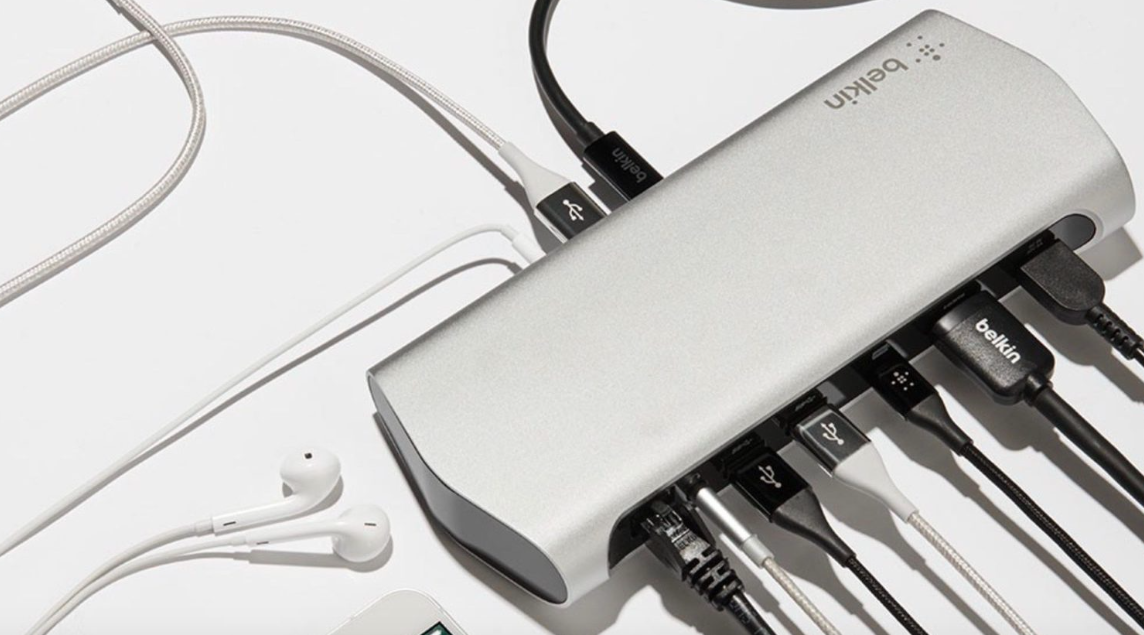 The set comes directly to the hub, a power adapter and a USB-C cable length 1 meter.

This docking station is equipped with two USB 3.1 C for charging MacBook or other gadgets, three USB-A, HDMI with 4K support, Gigabit Ethernet to access the Internet, as well as two ports mini-Jack for connecting headphones or speakers.

At speeds up to 5 GB Express Dock supports 4K display at 30 Hz without having to use an additional external power supply.

Hub capable of providing 60 watts of power collectively. This is enough for normal charging 13-inch MacBook Pro. However, if you use a 15-inch laptop Apple charging speed will be lower because the manufacturer recommends a battery charger with a power of 87 watts.

Such decisions and many ports are quite expensive. Belkin Extreme HD is no exception, though is much cheaper than the Belkin Thunderbolt Express Dock 3 for $ 350.

Belkin Extreme HD available today for $ 229,99 on the website of the company.