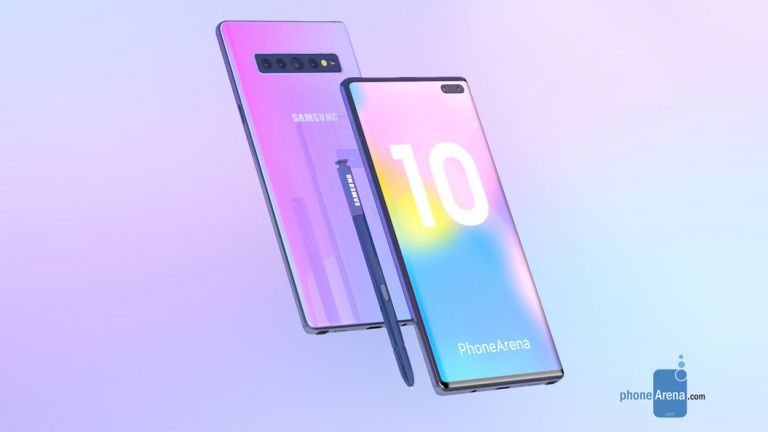 The first photos of the flagship device Samsung Galaxy Note 10, the presentation of which is scheduled for August 7, 2019, appeared on Twitter Ishan Agarwal. The device is presented in two colors: silver-blue and black.

The photos show that the flagship will come with a blue or black S Pen. It is known that the Galaxy Note 10 will be equipped with a 6.75-inch Super AMOLED screen with QHD + resolution and HDR10 + playback.

There is no fingerprint scanner on the back panel. This means that the Galaxy Note 10 will have an ultrasound reader in the screen itself, like the Galaxy S10, Galaxy S10 + and Galaxy S10 5G.

The front 10 megapixel camera is built right into the display and has a dual-pixel PDAF feature. The main camera with LED flash is represented by three lenses …