Despite the fact that the details of a possible tax reform in the US is not confirmed, investors are hoping that these changes could allow Apple to ensure the flow of funds in the US and lead the company toward capitalizing on the $ 1 trillion. 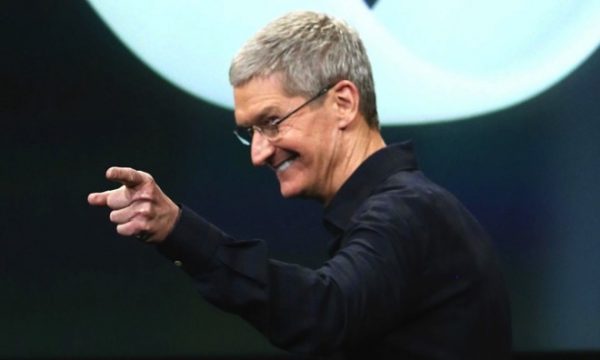 Analyst Amit Daryanani of RBC Capital Markets believes that Apple could become one of the largest beneficiaries in America, if the government can conduct a comprehensive tax reform. In particular, he suggests that the company’s profit per share will increase between 4 and 4.5 US dollars in 2018. Thus Apple will approach the market capitalization of a trillion dollars. The analyst was published in a research note to investors this week, a copy of which was provided to AppleInsider.

Taxes have become a new focus for the President and Congress of the United States. The administration trump posted a proposed tax base that would reduce the corporate tax rate to allow deductions for capital investments and to reduce the tax rate on the return of offshore funds.

However, the structure remains uncertain, prompting Daryanani to make a number of assumptions about limitations on deductions, tax rates, foreign profits, and more. For example, he believes that tax reform can reduce effective tax rate Apple to below 20%. He also suggests that reform can offer a reduction in the tax rate is 10% of the accumulated foreign profits.

This is especially important for Apple, because at the end of last quarter the company had 261,5 billion dollars in cash, and 94% of them are located abroad.

The projections Daryanani called Apple to de-offshorisation of about 219 billion US dollars at the reduced rate, the money from which the company can use to repurchase shares.

The analyst noted that “uncertainty in relation to the reform of corporate taxation” remains. He also warned that “the increasingly aggressive activities of the EU regulatory authorities” can pretty much compensate for any tax benefits observed as a result of reforms in the United States.
As of 10 October 2017, the value of Apple shares starts from 155 dollars, and the capitalization of the company exceeded $ 800 billion.