Telegram has lost a quarter of Russian Internet users after blocking

The number of daily users of Telegram fell in June by 23% compared to April, when the messenger was blocked. The Mediascope published in RBC. 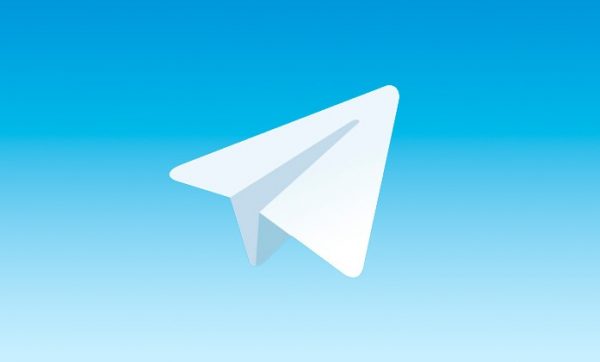 According to Mediascope, June 2018 mobile application Telegram used 2.9 million people. We are talking about the population aged 12-64 years, who live in the cities with population over 100 thousand people. The number of monthly users also decreased by 10 million compared to 11.5 million in April of 2018. 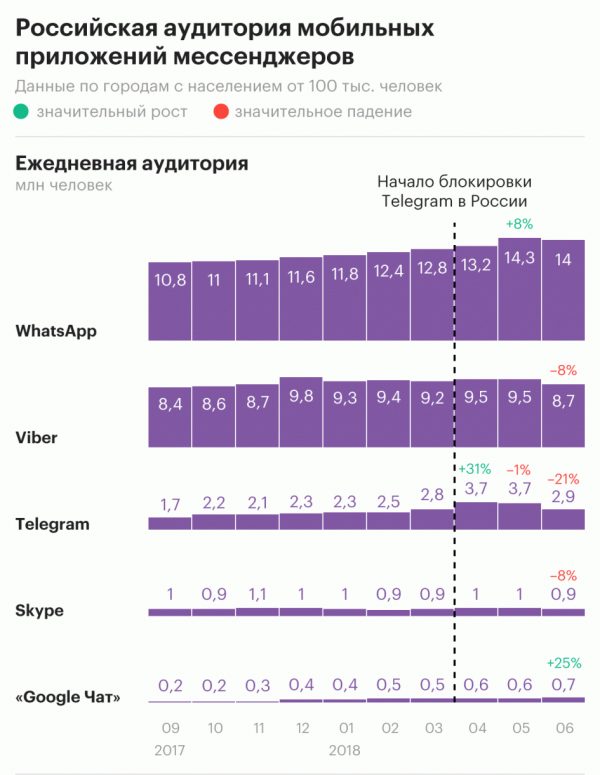 But not only the Telegram was losing users. WhatsApp is most popular instant messenger in Russia — lost 2% of users compared to may 2018. The number of daily users Viber decreased by 8% to 8.7 million vs. 9.5 million in April and may. The only increase in daily reach was recorded at Google Chat (from 26 June 2017 has been replaced by Google Hangouts) — plus 25%.

Telegram was blocked on the territory of Russia in mid-April 2018. After blocking the number of users has increased dramatically, however, after some time, the Telegram audience began to decrease. This is mainly due to the actions of Roskomnadzor.