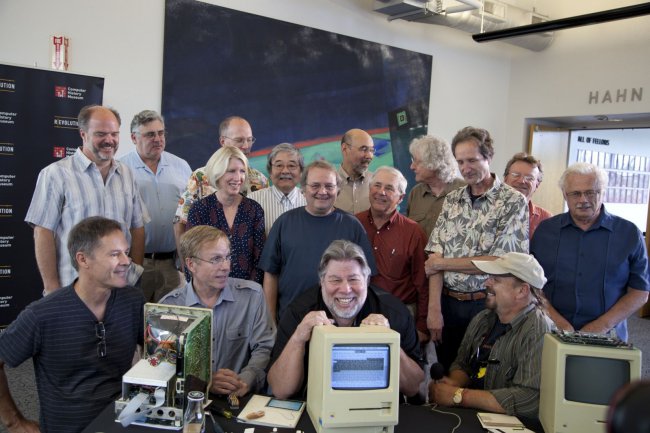 Today Apple is the world’s largest electronics manufacturer. According to the entry in Wikipedia, the company has established a unique reputation thanks to innovative technology and aesthetic design, and its employees are proud of their work and even get the rights to the ownership of shares. However, thirty years ago in Cupertino worked much more modest by today’s standards team. These talented adventurers who stood at the cradle of the Apple, laid a strong Foundation and to a large extent determined the development of what later was to become the most expensive brand in the world. About them, those dreamers of the disco era, and tells the story.

Undoubtedly, the history of Apple is inextricably linked with the personality of its legendary founder. It was Steve jobs, whose perfectionism and persistence sometimes bordering on insane, was able to draw from a small startup cult brand, with the products line up of the most motley crowds of the public. Documentary and biographical films about Steve Jobs, punctually produced by filmmakers of all stripes, the same crowd waiting for not less than another “Terminator” and books devoted to the life and work of the inventor, occupy the place of honor on the shelves.

In the cycle of these events is easily overlooked detail, is extremely important for understanding the phenomenon of Apple: Steve was not one. Throughout the creative ways near was talented engineers and programmers, managers and designers who played a key role in the formation of Apple. Unfortunately, as is often the case with not-too-public part of a team, many of them undeservedly forgotten and not superfluous to remember the pioneers, some of whom are known today only engaged in this sphere historians. So, meet: the first blacksmiths cupertinos success.

As you know, Apple used an early system of numbers assigned to each employee. Let’s start with number 10 — Gary Martin, who engaged in financial matters. Gary joined Apple almost since its founding in 1977. Six years later Martin left cupertinos startup by going to Starstruck, a company engaged in developments in the field of space flight. For several decades he held the position of financial Director in various industrial enterprises such as is quite well known at the end of the last century 3dfx, subsequently purchased by NVIDIA. Interestingly, Martin also worked in the company CHIPS and Technologies, where he was engaged in joint projects with partners from the USSR. Today he works in a LeoNovus — companies whose work is related to data centers and cloud computing.

Next in the hierarchy then Apple was sherry Livingston was the first Secretary of the young company. On the shoulders of hired the first Director of the Mike Scott women became responsible for all at first glance inconspicuous. Don’t forget that in those days many tasks were performed on paper, and sherry had a long time to parse such a bulky dossier. 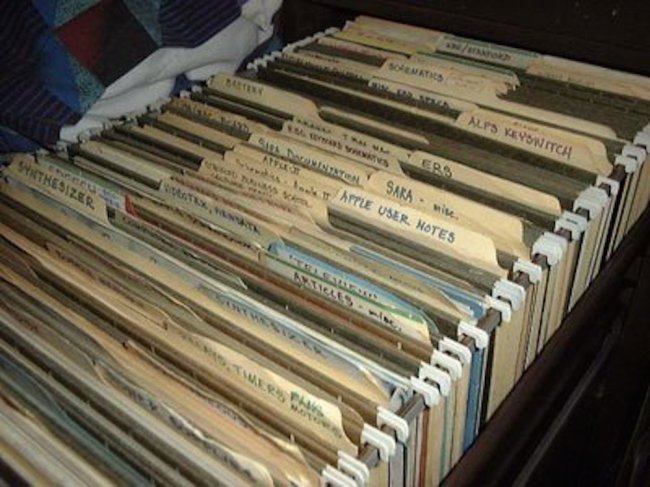 With time Livingston became a kind of the right hand of Scott, became a reliable assistant, she needed a new venture. Today Sheri is far from the world of technology: recently becoming a grandmother and probably ended his career. 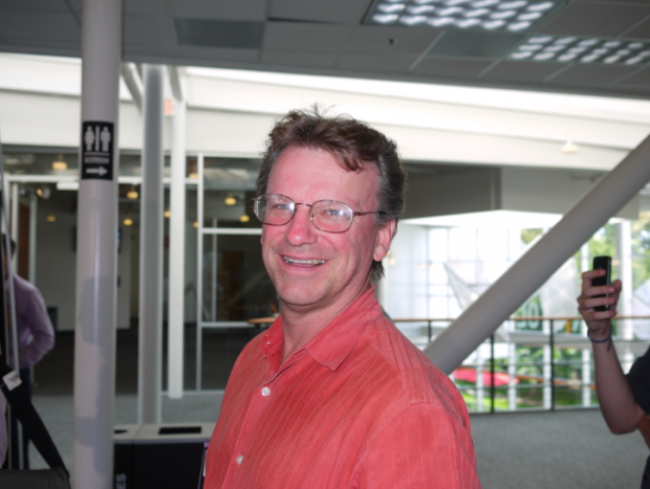 Number 8 in the list included people who worked in the Apple literally my whole life. Chris Espinosa, who worked in the engineering field since high school, came to the company after he met jobs at the store Byte Shop where he supplied the first computers, the Apple I. it is Curious that in College, where Chris studied, visited and the two Steve’s (jobs and Wozniak), and the teachers advise the young engineer not to mess with the “adventurers”. Admonitions of mentors Espinosa did not heed and in 1976, at the age of 14, officially started work at Apple. Since then, starting from the garage of Steve jobs, where he wrote programs in the language BASIC, and to this day Chris never leaves Cupertino, gone away only once to study at UC Berkeley. Together with alumni Andy Herzfeld and Barney stone, he founded a local Apple users club, and in 1981, Steve jobs convinced Espinosa to leave school for full-fledged work at Apple. Despite the fact that Chris did not participate in the primary placement of the company on the stock exchange, who were friends with him Who offered to buy two thousand shares at a price of $ 5 (among the lucky ones included 39 people). Subsequently, Espinosa has worked on many projects, including brand language, AppleScript, Xcode and Mac OS X, and today his duties include Family sharing in iOS. 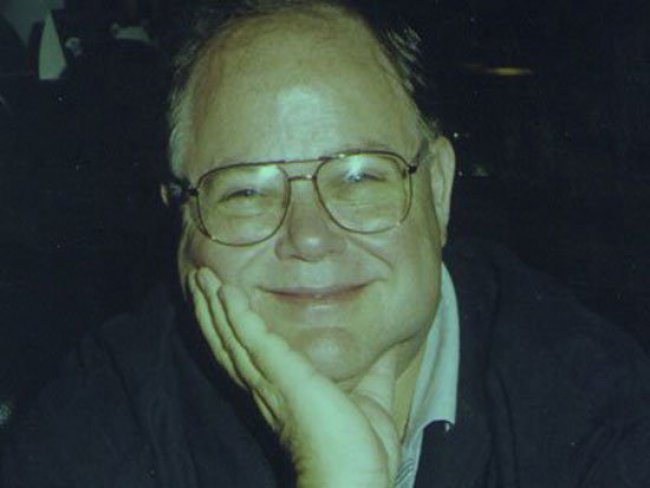 First Apple’s CFO, mentioned Michael Scott, known as Scotty, was a “seven” of the then team. This room, according to Michael, was chosen as a joke, because he was reminded about the agent 007. Actually, Scotty was doing “numbers” of employees, than once even hurt jobs, especially giving him a second room. The team, where he worked from 1977 to 1981, the Manager got through his namesake and the first Apple investor Mike Markkula. Scotty was known not only as a zealot of all new (in 1979, he simply forbade employees to use typewriters), but also quite sharp head, fired for no apparent reason as many as 40 employees at a time (this day, 25 February 1981, went down in history as “Black Wednesday”). Soon, the Director again took the Coverage. It is noteworthy that after the departure of Scott led Starstruck, a company, which later worked the former “number 10” Gary Martin. Subsequently he was professionally engaged in precious stones, becoming a expert in this field, and even wrote a book about them. In honor of the Rruff research project, which was sponsored by Michael, named mineral ruffet. 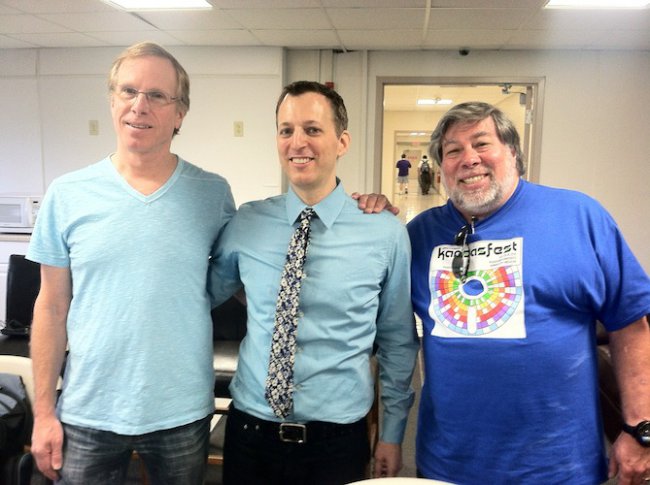 Closer to the middle of the list, at number 6, is located Wigginton Randy (pictured left) is the programmer, whose first task was the adaptation of the language BASIC for the Apple II computers. Randy joined the company in 1976 on the recommendation of Wozniak, with whom he made friends at the meetings organized by the “club of self-made computers.” Together with Chris Wigginton, Spinoza wrote several important programs for the Apple II, and participated in redesign of the software of a disk controller Disk II, which was performed urgently in a hotel room in front of Wozniak’s presentation at CES 1978, and was the first Macintosh team. In 1981 Randy left Apple for his own business, but soon former employer entered into a contract with him. Speaking as a partner, he created a text editor MacWrite, and a spreadsheet Full Impact, application, played a key role in the launch of the first Mac and the development of graphical interfaces in General. Wigginton later worked in various companies including Move, eBay and even Google. 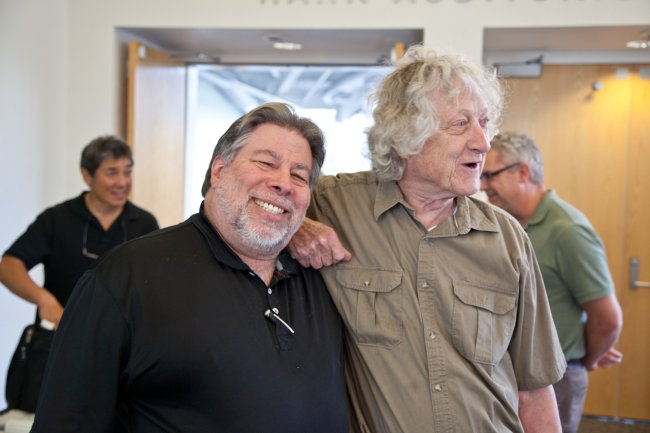 The fifth room, Rodney “Rod” Holt (pictured with Who), is an outstanding engineer, who recommended the jobs of his former boss al Alcorn from Atari. Holt initially had no desire to join the group of rookies, with which he believed the Apple team. Fortunately for the latter, succeeded in persuading him, agreeing to pay 200 dollars every day and regardless of the result. Inclined to adventures jobs did not bargain, and the Family created the famous compact power adapter for the Apple II, which later became the standard in the industry. In total, Holt has worked at Apple for about six years. 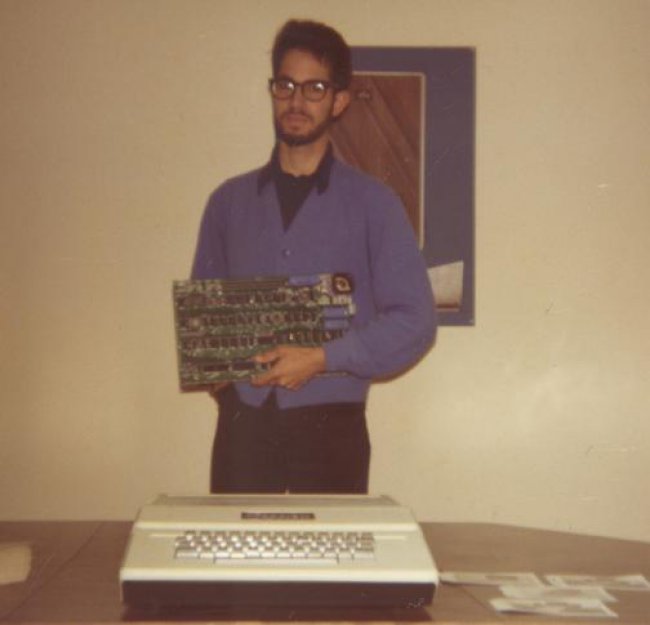 Bill Fernandez was the fourth step in the “Apple” of the hierarchy. As a neighbour of Wozniak and jobs ‘ PAL, with whom he became acquainted in his student days, bill joined Apple in 1977 and remained in the number of employees seventeen years. However, the most interesting here is something else: it was he who introduced the two Steve’s, who later became the best of friends. Fernandez was directly involved in creating the user interfaces Apple I and Apple II, and worked on QuickTime, HyperCard and perhaps the most important software product of Cupertino — Mac OS. After leaving Apple, bill began working in Ingres, the company, dealing with databases. 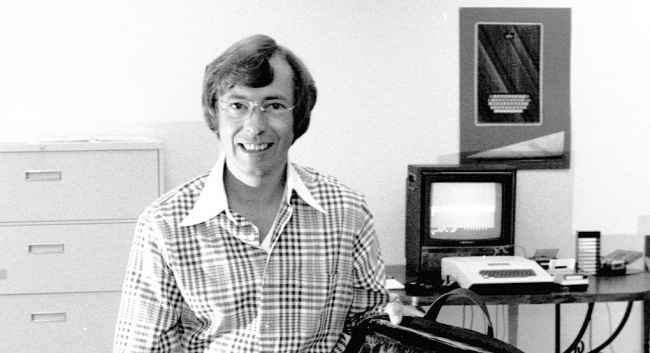 “First Troika” in early Apple began with Mike Markkula. A key figure in the development of Apple, Mike considered the potential jobs and his friends, offering them an investment in the amount of 250 thousand dollars in exchange for ownership of a third company. Having extensive experience in technology companies in Silicon valley, including that made him a millionaire Intel, he helped the team to develop their own business plan, and, as mentioned earlier, hired the first Director, Mike Scott. Coverage persuaded Steve Wozniak, razdumyvaya about working at Hewlett-Packard, to abandon it in favor of a young and promising Apple. He remained with the company until 1997 when she returned Steve jobs, whose dismissal of Mike voted in the last conflict with John sculley. In “free swimming” he engaged in private investments, and also organized his own charity organization called “Center Markkula in applied ethics”. 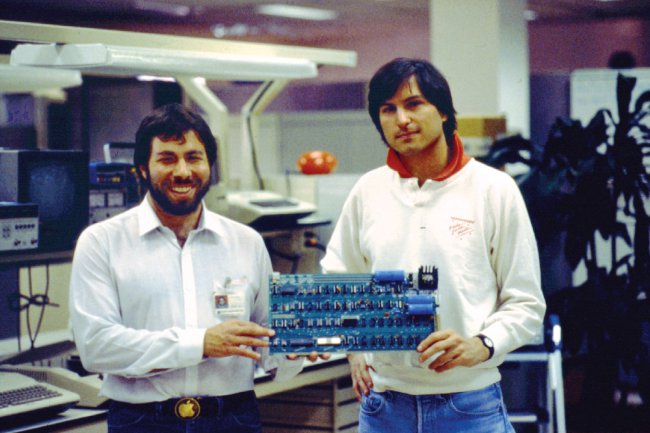 As we already know, the second number in the list of staff was Steve jobs, which Mike Scott struggled to “keep in check”. But who was first? The answer is simple: the man without whom Apple would not only not happen, but not to be born. It was Steve Wozniak, an Amateur from drawings which came the very first Apple computer, in Cupertino listed at number one. The founder of the company along with the jobs subsequently created by the legendary Apple II was the first PC capable of outputting a color image, the Who took a direct part in solving a huge number of technical problems. But it also became the cause of his final care. While many engineers have joined the leadership of a rapidly growing company, his brainchild, the Apple II, is gradually disappearing in the shadow of the new Macintosh project, and Who suddenly feel superfluous at this celebration. In 1985, the year he left the company and founded his own company CL9, konstruirovanie remote controls. Since then, Steve has actively engaged in startups, has worked in the University of technology Sydney and was known as a generous philanthropist. Today, he still owns shares of Apple and even among employees, receiving an honorary salary of around 120 thousand dollars a year. 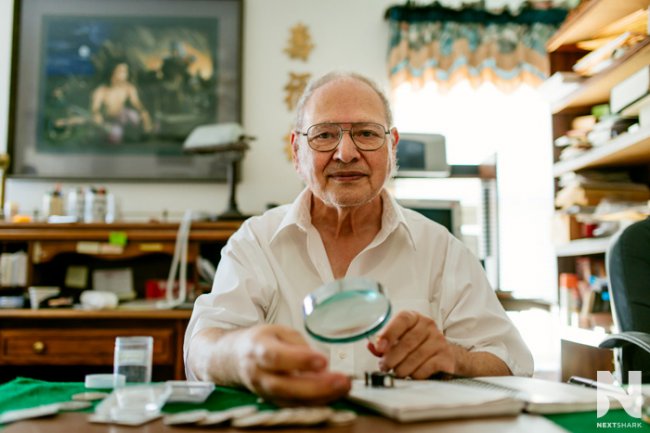 But the saddest Chapter in this story was, perhaps, “employee number” Ronald Wayne. In 1976 he joined the undertaking of two Steve, but after a year left the company, selling its stake for $ 800 (and the 1500 as compensation) Mike Markkula. As later recalled Wayne himself, his decision was influenced by negative experiences and uncertainty about the future. According to various estimates, today the value of this share in 10 percent of the company would be approximately $ 60 billion. It is curious that Wayne did not use Apple products while in 2011, not received as a gift iPad. Today he is retired, being not only a holder of more than a dozen different patents, but also a good example of what can result when fear of risk and making responsible decisions.

Such was the way of the pioneers of Apple. Sometimes oribasius, but for the most part believed in the success, together they gave the company much-needed start in life. Let many of them worked for Apple not too long, her story, they will remain forever.

According to the materials BusinessInsider